Cause of Eastway Tank explosion still under investigation 1 year later 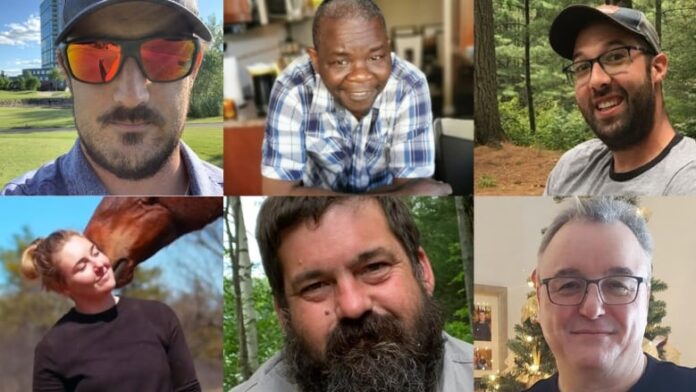 The cause of the explosion that left six Eastway Tank employees dead remains under investigation one year later, even as the company already faces provincial charges alleging it did not take reasonable steps to keep workers safe.

Emergency crews in Ottawa were called to the tanker manufacturer and servicer’s property at 1995 Merivale Rd. in the early afternoon of Jan. 13, 2022, to respond to the blast and fire.

Last Friday, Ontario’s Ministry of Labour charged the company and its owner, Neil Greene, with a total of six alleged offences under the province’s Occupational Health and Safety Act.

More recently, the Office of the Fire Marshal — the provincial agency focused on determining the cause, origin and circumstances of the explosion — told CBC it is waiting on test results from evidence samples as it continues to work toward a conclusion.

The office issued an emailed statement earlier this week saying it “appreciates how hard this time is for the families who lost loved ones last January and our thoughts are with them.”

Like the Ottawa Police Service, which continues its criminal investigation into the Eastway blast, the fire marshal’s office does not have a deadline to finish its work.

In September, the fire marshal’s lead investigator on the incident said his office was down to “a couple hypotheses,” adding the Eastway explosion involved many more pieces of evidence to analyze than most fire scenes.

‘They were amazing people’

A web page linked to Eastway’s main website was updated earlier this week with a message attributed to Greene, alongside a previously uploaded digital plaque honouring the six dead employees.

“As the one-year anniversary of the tragedy approaches, I remain heartbroken over the loss of Rick, Danny, Kayla, Matt, Etienne and Russ,” the message read.

“They were amazing people. I can’t imagine how difficult this anniversary is for their families. My sincere condolences. … They remain in my daily thoughts and prayers.”

Greene has not responded to multiple requests for comment over the past week.

Eastway and Greene each face three identical charges under the Occupational Health and Safety Act. The allegations have not been proven in provincial offences court, which is scheduled to first address the case on Feb. 17.

In the first charge, the Ministry of Labour alleges Eastway failed to ensure the process of loading and “wet testing” a truck was carried out in an area free of potential sources of ignition.

Wet testing is a very common procedure that involves loading a tanker with diesel or gasoline in order to calibrate equipment within the tanker, said Chris Revers, who managed a tank manufacturing plant in Alberta for 16 years before more recently forming his own mobile tank inspection company.

Revers has no knowledge of Eastway specifically, but instead spoke about the technical terms used in the ministry’s charges.

The second charge alleges Eastway failed to take “one or more” precautions, which includes ensuring the tank of the same truck “did not contain and was free of gasoline or any other flammable liquid or substance while work and/or testing capable of being a source of potential ignition was taking place on or near the truck.”

Revers said this allegation accuses Eastway of working on a “hot truck” — an allegation previously made by several former Eastway employees who spoke to CBC after the explosion.

Those employees also alleged other examples of an unsafe work environment, including improper storage of flammable chemicals and earlier fires.

Greene at the time called those allegations “unfounded.”

The second charge also accuses Eastway of “splash” loading or filling fuel into the truck.

“This method is when the driver or company opens the lid on top of the tank and just pumps product into the opening with no control, so the product just splashes all over the tank, spilling on the tank [and] creating a fire or explosion hazard,” Revers said via email.

“Many companies that work on tankers or construction companies don’t fill from refineries. Instead, they splash load, which is probably more typical than anyone would like.”

Faded photos of the victims and other mementos have remained at the Eastway site for the past year.

On Friday afternoon, Bastien’s partner Louise Martel and his daughter Tracy Pritchard — who is driving in from Kitchener, Ont. — plan to visit the Eastway site to lay some fresh flowers and then meet privately at Martel’s home.

“It will be very hard for our families,” Pritchard said of the anniversary.