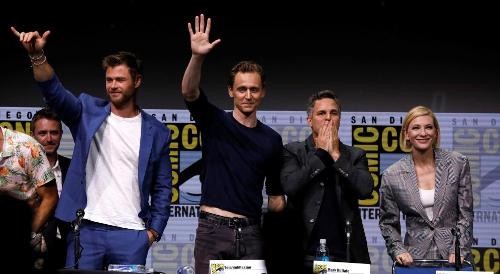 No more damsels in distress—now women are taking the big screen on the villainous side.

Wonder Woman saw the first leading lady in a superhero film in quite some time, and with sequels coming and more superpowered women like Captain Marvel slated to come to theaters, it seems like the superhero world is moving toward more balanced gender representation.

Cate Blanchett (along with the rest of us) is anticipating the latest Marvel installment, Thor: Ragarok, in which she portrays Hela, the franchise’s first onscreen female villain. E! News chatted with the star at Comic-Con to discuss her role as the Goddess of Death and the future of women in superhero films.

“I didn’t realize… I was inhabiting the first female Marvel villain onscreen,” the actress said. “I thought, ‘Surely not… well, no actually that’s true.’ There’s been many, many, many [female villains] in the comic books, but they’ve been a little tardy in bringing them to the screen, so hopefully there will be a lot more villainesses.”

As depicted in the new trailer screened at Comic-Con, Thor: Ragnarok follows the God of Thunder as he makes do without his trusty hammer, which was taken by none other than Hela.

“That had me at ‘hello’ actually,” Blanchett said of her character stripping Thor of his weapon of choice. “I thought that was really exciting that they were prepared to destroy Thor’s power in the first few minutes. It’s a nice entrance.”

In the new trailer, we also see Hela slay in her Medusa-like costume, which it turns out wasn’t made complete until post-production.

“Half of my costume was done in post,” the real life Hela revealed to us. “So a lot of the time I was trying to look fierce and bad and indomitable in a mocap [motion capture] suit which is pretty hard to do.” 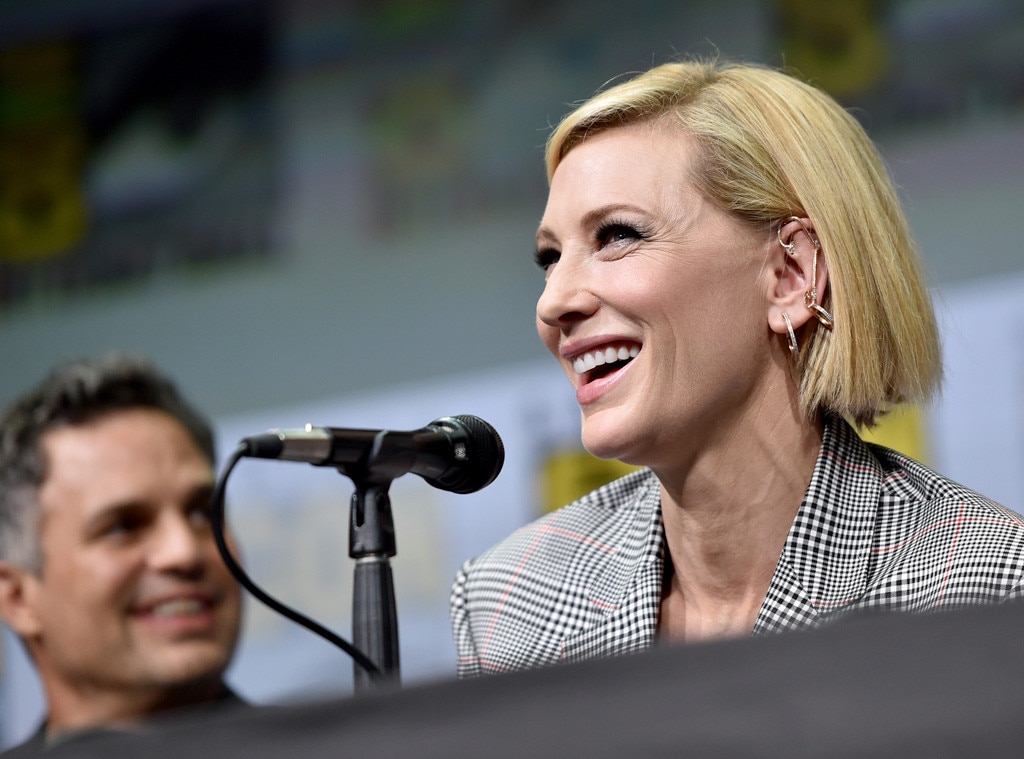 In comparison to her male co-stars, Blanchett looks just as amazingly in shape, and she said continuing her supervillain role would serve as motivation to stay fit. “These guys do eight films back to back, so they got to stay in shape,” she said. “Me, I get in shape then I’m back to eating hamburgers. They have to put me in another movie because otherwise I’m just too lazy.”

And as we’ve all wondered —how do stars use the bathroom on set in those tight, polyester suits?

“It wasn’t so bad,” the Thor star said. “I think the restroom is harder for Chris [Hemsworth]. But Mark [Ruffalo] and I were wearing mocap suits a lot, which are very easy to go in. And probably no one would notice if you did it in the suit, they’re so horrendous. But I did not.”

Thor: Ragnarok is slated for a Nov. 3 release.