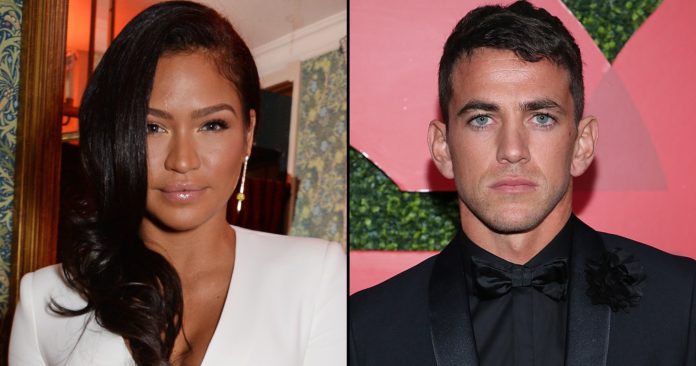 Cassie has a new man in her life! The “Me & U” singer shared a photo of herself kissing bull rider Alex Fine on Instagram on Saturday, December 29.

Cassie, 32, and her rumored new boyfriend, 25, posed with her mom, Stacey Hobson, in a photo booth at what appeared to be a holiday party. The mother-daughter duo rocked matching black turtleneck sweaters, while Fine looked dapper in a black suit. Cassie captioned the post, “I love you Mommy.”

Fine follows the model on Instagram, though she has not returned the favor. In fact, she only follows two private accounts.

In addition to being a bull rider, Fine runs his own personal training program with celebrity clients including Jennifer Aniston, Odell Beckham Jr. and Mark Consuelos. According to Fine’s Instagram bio, he is also the director of health at Hemp Hydrate, a company that produces CBD-infused water.

Cassie’s PDA-filled post came one day after her ex Sean “Diddy” Combs shared a black-and-white photo of her smiling in a bathtub on his Instagram Stories. He captioned the post with a red heart emoji.

News broke in October that the “I’ll Be Missing You” rapper, 49, and the Empire star called it quits after dating on and off for 11 years. Her rep told LoveBScott.com at the time, “They are indeed no longer together and haven’t been for months.”

A source later told Us Weekly that Diddy was still “very much in love with Cassie.” He even spent time with her at The Movement Institute in Los Angeles in November after the death of his ex Kim Porter.