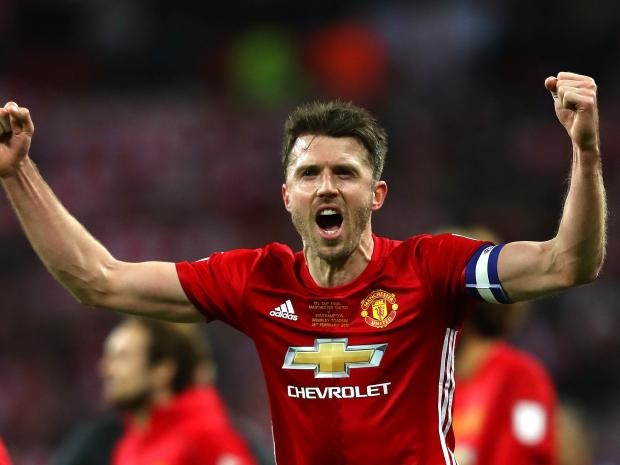 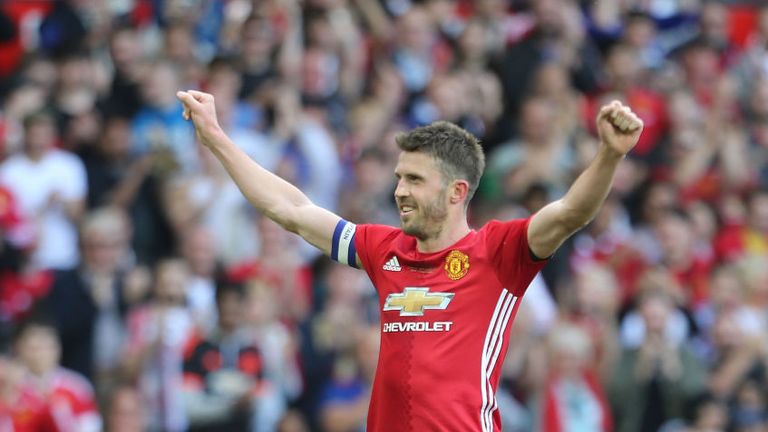 Michael Carrick celebrates during his testimonial

Michael Carrick ended his Testimonial with a fitting strike as a host of football legends came out at Old Trafford on Sunday to celebrate his 11 years at the club.

A Manchester United XI, made up of their 2008 Champions League-winning side and managed by Sir Alex Ferguson, took on a Carrick All-Star XI featuring the likes of Clarence Seedorf, Robbie Keane, John Terry and Jamie Carragher in a joyous occasion to celebrate his 11 years at the club. 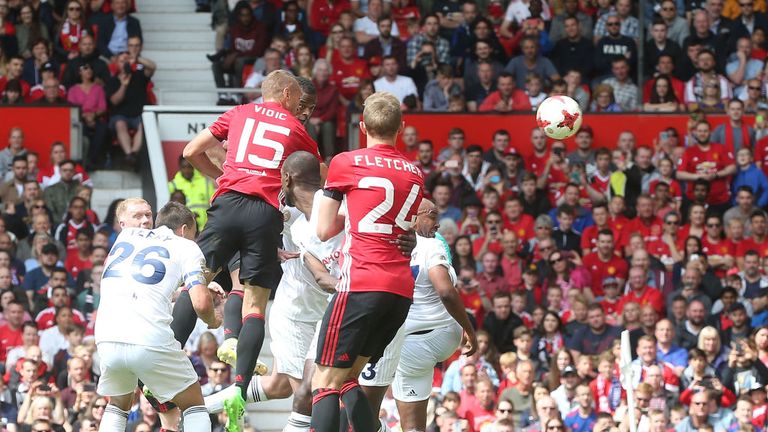 The match finished 2-2 in front of more than 65,000 fans, with Gaizka Mendieta and Keane on target for the All Stars, but they were twice pegged back as Nemanja Vidic struck and Carrick levelled late on with a crisp 25-yard efffort.

There was a poignant start to proceedings at Old Trafford as Carrick addressed the crowd following the terror attacks in Manchester and London, and a minute of silence was held to remember the victims of both. 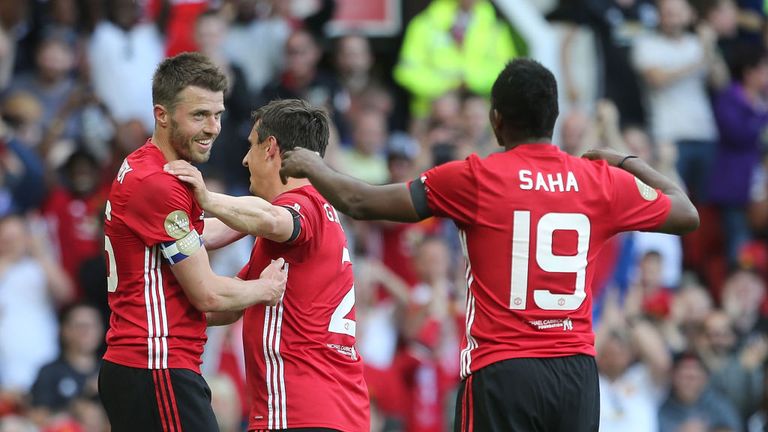 Carrick struck in front over 65,000 fans at Old Trafford on Sunday

The midfielder, who recently signed a new one-year deal, was one of eight players who started the final in Moscow to also play on Sunday, while Ryan Giggs – who came off the bench that night – and unused substitute Darren Fletcher also started.

It was the All-Star XI who took the lead on 22 minutes, however, as Mendieta latched onto a Keane pass before firing home past Edwin van der Sar. 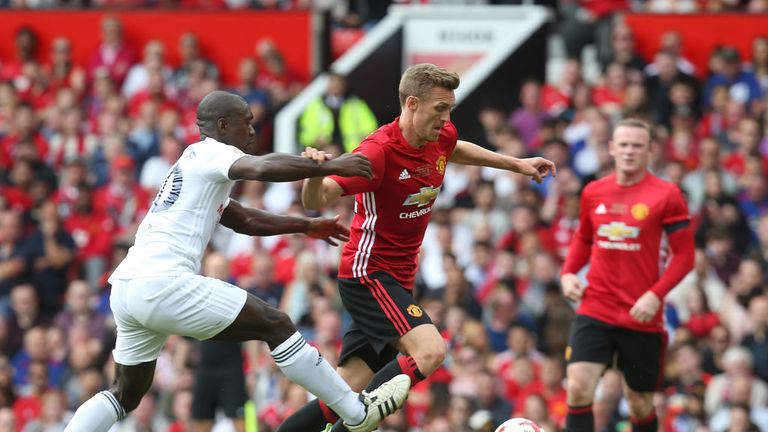 United soon levelled, with a goal seen many times at Old Trafford before. Giggs whipped a corner in from the left, and Vidic rose highest – beating Carragher to the ball – to power a header home.

The highlight of the second half was undoubtedly a dire attempt at goal by Gary Neville, introduced at half-time for Man Utd before firing wildly wide to leave the Old Trafford crowd in hysterics, while the man himself ran back into position with the look of someone who knew he was going to get teased relentlessly about it later. 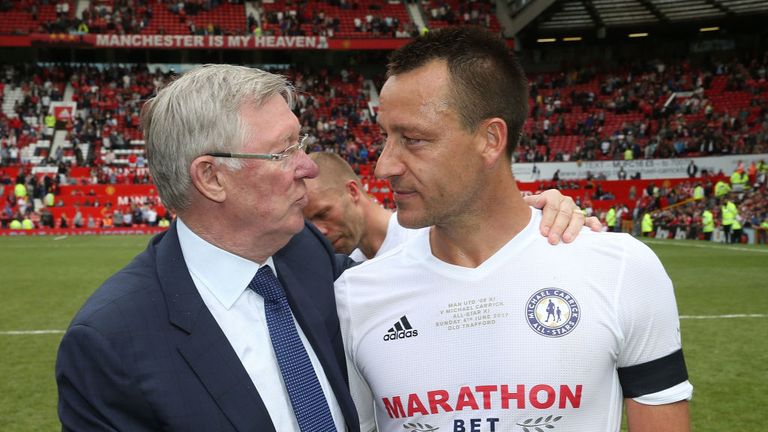 There was also an amusing altercation between Neville and Carragher, who had jokingly promised on Twitter to “snap” his Monday Night Football colleague before the game, but didn’t show quite that intent as he charged into the back of him after 61 minutes.

More goals soon came, first from the All Stars as Keane cheekily lifted the ball over Van der Sar in the United goal, but it was Carrick who stole the show late on, driving home from distance before being substituted to a rapturous ovation from the Old Trafford crowd.