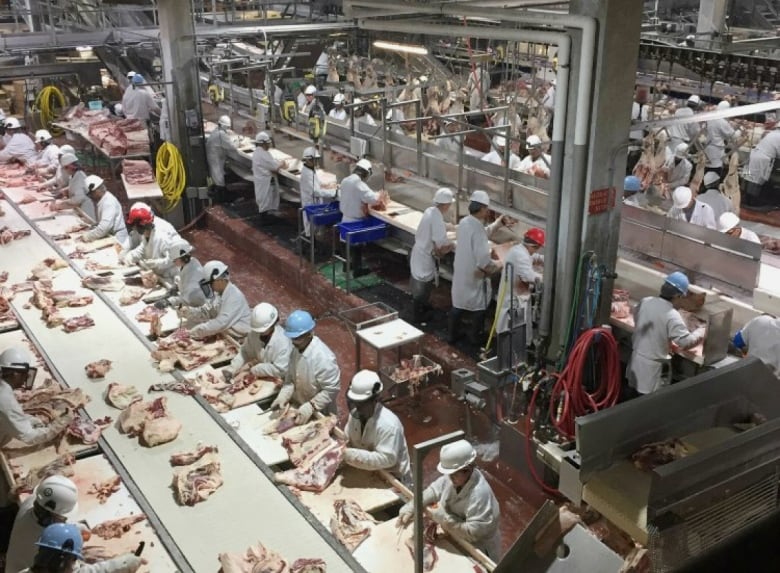 Employees at Cargill’s beef-processing plant in High River, Alta., have voted in favour of a new labour contract, narrowly avoiding strike action and a possible lockout.

United Food and Commercial Workers Local 401 (UFCW), which represents workers at the plant, said Saturday that workers chose to accept the new contract offer, with 71 per cent voting in favour.

In a statement, UFCW said it was not an easy decision for staff at the plant, and called the contract vote a “bittersweet victory.”

Workers had raised safety concerns after a COVID-19 outbreak at the plant in 2020 affected more than 900 people. The outbreak, which forced Cargill to temporarily close the plant — one of Canada’s largest — is linked to three deaths.

The union released parts of the proposed offer to CBC earlier in the week. The contract included $4,200 in retroactive pay for many Cargill union members; signing, holiday and COVID-19 bonuses; and a $5 wage increase.

UFCW had said the plant’s roughly 2,000 workers would strike Monday unless an agreement was reached.

The union also they brought in tents, floodlights and heaters for the possible strike, while nearby fields were levelled to provide parking.

Cargill had also planned to lock out all UFCW union staff as of 12:01 a.m. Monday, according to a statement from the company’s vice-president of labour relations, Tanya Teeter, which was obtained and made public by the union.

“We are pleased to have reached an agreement that is comprehensive, fair, and reflective of their commitment to excellence at Cargill and the critical role they play in feeding families across Canada,” Jarrod Gillig, the company’s president of business operations and supply chain for North America protein, wrote in a statement to CBC Saturday.

“As an organization that leads with our value to put people first, we truly believe this ratification is in the best interests of our employees and we are eager to move forward to build a stronger future – together.”

“We also look forward to the citizens of Alberta joining with us in calling for reforms and restructuring in the meatpacking industry,” UFCW President Thomas Hesse wrote in a statement Saturday.

The Cargill plant processes up to 4,500 head of cattle per day, accounting for about one-third of Canada’s beef.