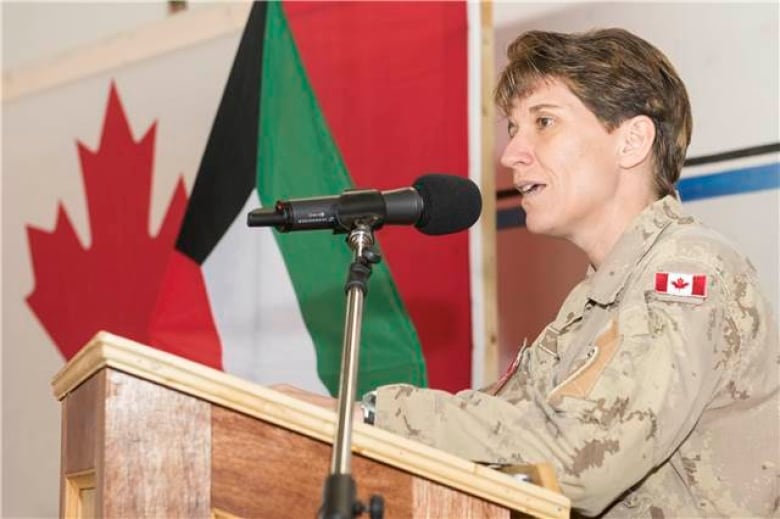 The latest figure was recorded on Feb. 15 and shows a major shortfall in what the military calls its “trained, effective strength.” The Canadian Armed Forces (CAF) has roughly 65,000 regular members.

“This is of course a number one priority for all of us, ensuring readiness is not affected by our current trained, effective strength,” said Brig.-Gen. Simon Bernard, the military’s lead on reconstituting the forces.

Gen. Wayne Eyre, chief of defence staff, said earlier this month that operational readiness is “one of the things that keeps me awake at night” as he laid out his plans to rebuild the military for an “increasingly dangerous future.”

NATO’s Sec. Gen. Jens Stoltenberg said Wednesday the alliance is deploying four more battle groups to Slovakia, Romania, Hungary and Bulgaria as a show of unity and force in the face of Russia’s unprovoked war on Ukraine. NATO leaders are expected to discuss whether to make that deployment permanent when they meet in Brussels on Thursday.

“[The military] always put the highest priority on operational commitments, including NATO, so the short-term impacts will probably be low,” said Perry. “But if we can’t quickly fix that shortfall, it will impact what we can commit to NATO in the medium and long term.”

“I think the government needs to change things quickly,” said Hus. “We need to recruit.”

The military has seen a drop in numbers during the pandemic and over the course of its recent sexual misconduct crisis. Multiple senior male leaders have been sidelined, investigated or forced into retirement in connection with sexual misconduct claims.

The military said it does not yet know how many members have left in response to sexual misconduct claims.

Lt.-Gen. Jennie Carignan was appointed the military’s chief of professional conduct and culture a year ago. She gave a briefing Wednesday with acting chief of military personnel Maj.-Gen. Lise Bourgon.

Bourgon said 71 per cent of the military’s workforce is made up of “white males.”

“The bottom line … is that diversity enhances readiness and, in turn, our operational effectiveness,” Bourgon said.

“So as an organization, we must attract, recruit, retain and develop talent that is representative of our Canadian society. The situation requires serious attention and clear leadership.”

Women, minority groups and Indigenous members “continue to be under-represented” in the military, she said.

Only 631 women enrolled in the Canadian Armed Forces in the 2021-2022 fiscal year — roughly 15 per cent of all new recruits into the regular forces. The number of women who enrolled over the year is the lowest recorded since 2015-2016 and represents a 10 per cent drop from the previous fiscal year.

In 2016, the military committed to increasing the number of women in uniform and is striving to reach the goal of 25 per cent of all military personnel by 2026. As of last month, women accounted for just over 16 per cent of the Canadian Armed Forces, CAF said.

“It’s going to be the first visual change of our culture change,” said Bourgon. “We can’t define our soldiers by short hair anymore. The colour and the length of the hair does not define your quality as a soldier, an aviator, and a sailor. So this is going to be a big departure.”