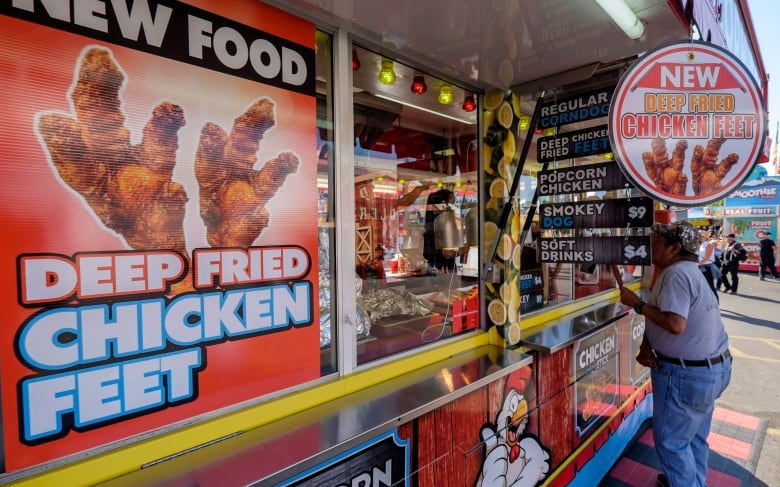 A customer shops in the beer section of the NB Liquor store in Fredericton in this 2017 file photo. Increased beer consumption could be one of the reasons why male students are gaining eight pounds, on average, in their first year of university, according to researchers. (Stephen MacGillivray/The Canadian Press)

The so-called freshman 15 — when students experience hefty weight gain during their first year of university — is real, according to a Canadian study published Wednesday, and men typically pack on twice as many pounds as women.

The average Canadian female student gained about four pounds in her first year of university, compared to the roughly eight pounds added for the average male, said the study from researchers at York University and Brock University, published in the journal PLOS ONE.

“The actual fact our students gained weight was not surprising. This is not a new phenomenon and has been shown many times on university campuses. It’s been dubbed the freshman 15,” said Andrea Josse, the study’s lead author and a professor of research nutritionist at York University in Toronto.

“What was most surprising is the differences between males and females.”

The stereotype of undergrads filling up with junk food and washing it down with copious amounts of beer largely holds true, according to the survey of 229 females and 72 males. 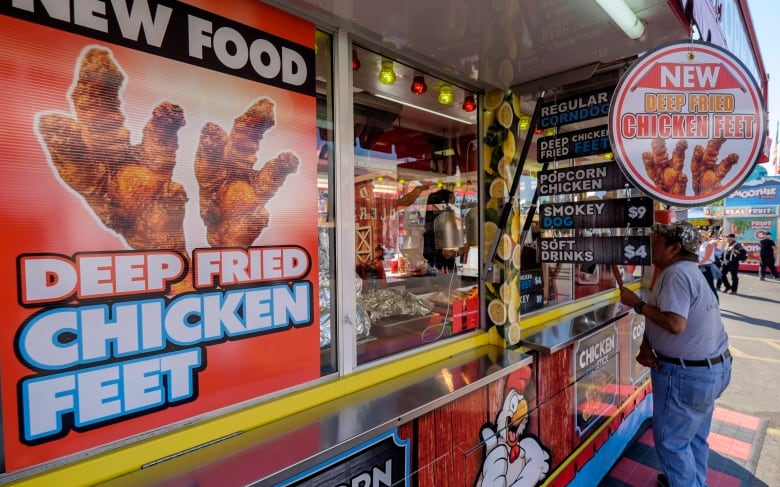 A customer orders from Chicky’s Chicken at the Calgary Stampede in 2017. First-year university students in Canada ‘significantly increased their consumption of doughnuts, fried chicken, beer and liquor, alongside a decrease in healthy food options such as vegetables,’ according to a study published Wednesday. (Jeff McIntosh/The Canadian Press )

Students were asked about their eating habits and body mass at the beginning of their first year of university, and then again at the end. The average female student said she saw her waist expand by 1.1 centimetres after year one, while the average male said he saw the circumference of his gut bloat by 2.7 centimetres.

“The researchers found that diet quality decreased over the year and alcohol intake increased, especially in males,” the authors of the study said in a news release. “Males, in particular, had significantly increased their consumption of doughnuts, fried chicken, beer and liquor, alongside a decrease in healthy food options, such as vegetables.”

‘Skeptical of the methodology’

The study had plenty of limitations, researchers said, including its small sample size and the fact that respondents self-reported their own eating habits and weight gain patterns.

Dr. Sean Wharton, an internal medicine specialist in Toronto focused on obesity, said the study is interesting but the sample size is too small to draw broader conclusions about what Canadian students are eating. 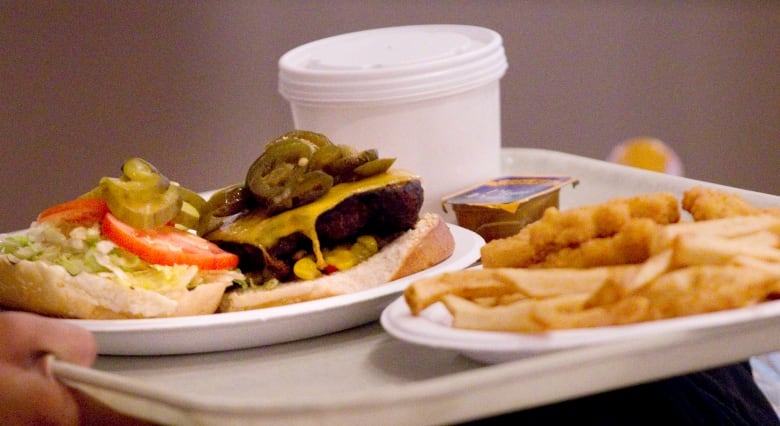 At university, peer pressure can play a role in determining what students eat and whether they choose unhealthy options, said Melissa Baker, a dietitian and manager of nutrition and well-being for food services at the University of British Columbia. (Chris Young/The Canadian Press)

“This study may not reflect accurate research,” he said in an interview, noting that the research subjects were all in Ontario and eating patterns could vary widely in other regions.

“The other big limitation is they just asked the students: What did you eat? They didn’t actually track them … I’m very skeptical of the methodology.… The gender difference could be a sampling error.”

Regardless, he said, significant weight gain for people between the ages of 18 and 25 is a “global epidemic” that needs to be tackled through education and behavioural changes.

Melissa Baker, a dietitian and manager of nutrition and well-being for food services at the University of British Columbia, said she wasn’t shocked by the study’s conclusions. But she also urged caution over its methodology.

Weight gain among first-year students tends to vary significantly between individuals, she said, so using averages, as the study has done, might not give the most accurate reading. Moreover, she said, “you can only infer so much” about general trends from questioning 72 males, also commenting on the study’s small sample size.

One of the rounds of questioning for the study took place during exam time, she noted, when Baker has seen students “use unhealthy food to cope with stress.” 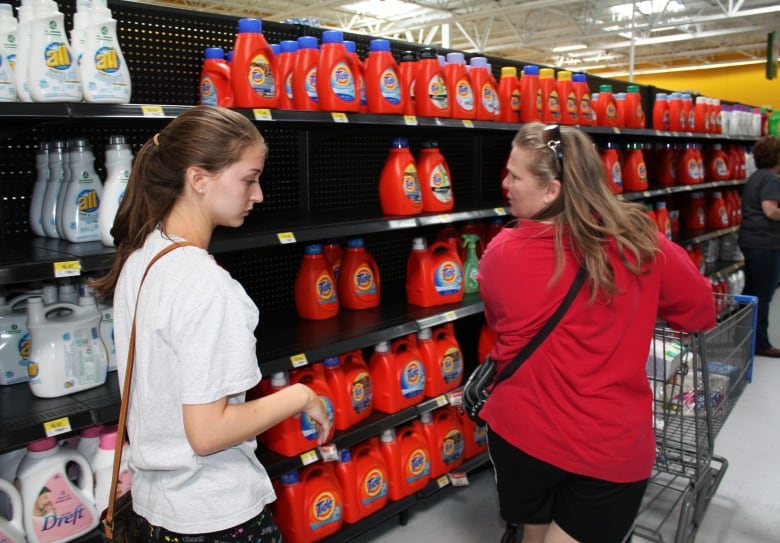 In this 2010 file photo, Ariana Kramer, left, follows her mother as they shop for supplies in Iowa City, Iowa, where she is beginning her freshman year. In Canada, the average freshman student gains a significant amount of weight, according to a new study. (Martha Irvine/Associated Press)

Students who arrive at university from a highly restrictive home environment tend to gain the most weight, she said, as they can finally eat whatever they want “and have no one telling them what to do.”

On the gender divide, Baker said peer pressure could play a role in differentiating weight gain patterns between men and women, at least based on what she’s seen among the students with she works at the UBC cafeteria in Vancouver.

Telling people to eat vegetables and stay away from fried foods often doesn’t work so well in a university setting, she said, when students are already bombarded with having lots of things to learn.

“In my experience, the traditional nutrition-education messages don’t get across,” she said. “I think we need to focus on the environment: Making the healthy choice the easy choice and making it look and taste good.”