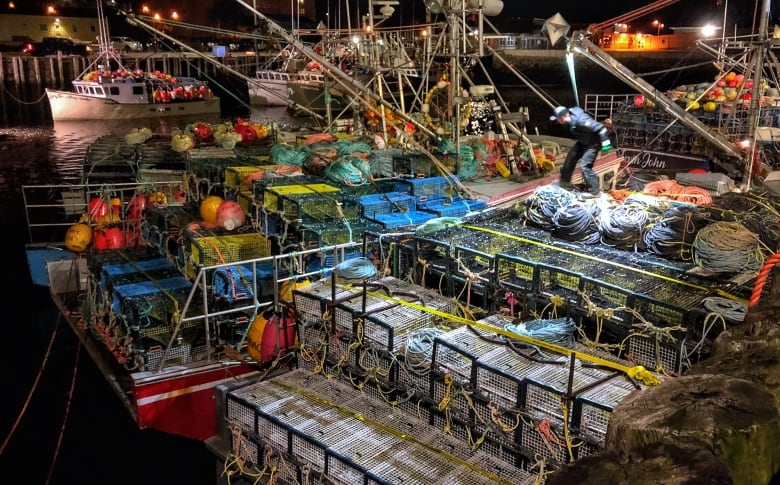 Once again politicians in Europe are asking: do lobsters feel pain? Is it animal cruelty to drop them live into pots of boiling water?

For activists outside Westminster in London on Tuesday, the answer was a resounding yes.

“I think it’s really just making sure that there’s equity between the species, that if something can feel pain, then before we use it, we ought to trace it humanely,” said Maisie Tomlinson, co-director of Crustacean Compassion.

Tomlinson and others — some in lobster, crab and octopus costumes — were campaigning for amendments introduced to the Animal Welfare Sentience Bill in the House of Lords, which fishers in Nova Scotia are closely watching.

She says her organization is not against eating lobster or crab, only that they be killed in a more humane way such as an electric shock prior to immersion in boiling water.

Quirks and Quarks9:29Do lobsters feel pain when we boil them alive?

Speaking from London, Tomlinson said the issue is important because of the “horrendous treatment” to which lobsters really are routinely subjected.

“In the U.K., it’s perfectly legal to boil them alive, a process which scientists have shown can take up to three minutes,” she said.

“The science really shows now that they are sentient and they are capable of feeling pain. So we should protect them and animal-welfare legislation just like we protect any other vertebran.”

The U.K. government has also commissioned independent research into the sentience of decapods (crustaceans) and cephalopods, such as octopus.

Crustacean Compassion is lobbying to release the study, which the activists expect to confirm their claims.

What Canada has at stake

Canada has a stake in the outcome, shipping $17 million worth of live lobster to the U.K. in 2019. Most of the crustaeans came from Nova Scotia.

Exports have dropped recently with the loss of an Air Canada flight from Halifax to Heathrow, but it’s still a market worth millions.

“There’s always a small percentage of the population in Europe which raises this,” said lobster exporter Stewart Lamont of Tangier Lobster.

“It’s always been a theme in the background.”

Lamont said it is a non-issue in Asia and most of North America.

“We’ve been able to demonstrate in a whole variety of ways that lobster and other seafood is humanely treated, properly treated, and with a little bit of lobbying and explanatory effort, we’ve always seemed to carry the day,” he said.

A Dalhousie University researcher who studies invertebrate behaviour says it’s unlikely a lobster brain is capable of processing pain, and the evidence they do is weak.

It’s more likely sensory neurons reacting to stimuli — different than pain, which is primarily a subjective experience of discomfort, despair and other emotive states.

“They show behaviour that if we saw that in a mammal or we saw that in a person, we would infer pain. If they damage a limb, they won’t use that limb. They can learn where they’ve been damaged and avoid that place,” said Shelley Adamo, a professor of psychology and neuroscience.

“The difficulty is that’s not the only explanation for that behaviour. Another possibility is you can look at robotics. You program robots and artificial intelligence to do exactly the same thing, to show the exact same kind of pain behaviour. Of course, we can’t know. But I think the evidence is not really in favour of crabs and lobsters feeling pain the way we do or the way we understand it.”

In London, Tomlinson does not accept that.

“It doesn’t really matter that an animal has a very different system, a biological system to a human if they end up in the same place,” she said.

Adamo remains skeptical of these blanket assertions when it comes to invertebrates.

“We cannot get into the head of a lobster. So we don’t know definitively. People telling you it’s absolutely certain that they do, they’re selling your bill of goods,” Adamo said.

“I’m just going through why I think that they probably don’t, but nobody knows.”