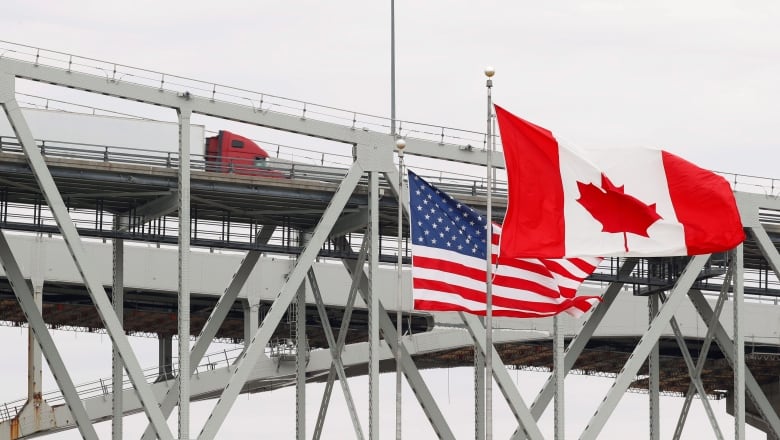 With a pandemic, a minority government in Ottawa and a crumbling energy sector, the Canadian economy is already in a period of great uncertainty. This week’s election in the United States only makes things more fraught.

Besides the butterflies in the tummies of those who fear the victory of one side or the other, Canadians trying to make economic, investment or even government policy decisions will likely find that not knowing the final outcome as our neighbours vote has an inevitably paralyzing effect.

For Canada, U.S. elections are always a period of flux. This time around, what seems like an extraordinary gulf between the outlook of Republicans under President Donald Trump and Democrats under Joe Biden is only one of the things that makes this election stressful.

Polls that show a Biden lead have been undermined by contradictory analysis that insists many of those who intend to vote for Trump have been shy about admitting it. For those of us who have always been suspicious of the pollsters’ dark arts, Trump’s surprise win against Hillary Clinton four years ago did not add to our confidence.

That a close election could lead to Trump calling on gun-toting self-styled militias to get involved, no matter how unlikely that is, adds an additional layer of uneasiness. But some sort of descent into chaos is unnecessary to make many in the Great White North nervous.

While there is evidence most Canadians have grown sick of Trump, including his Canada-bashing on trade, reasonable people may differ on whether his low-tax, pro-fossil fuel and prioritization of the economy over COVID-19 policies are the best path to economic success.

“Two parties are fighting for a majority in the [U.S.] Senate right now,” Don Plett, the Conservative leader in Canada’s Senate, said last week. “We can all hope that the right side will win that, and we will all send President Trump our congratulations when they do.”

What is in little dispute is that no matter who runs the government south of the border, as our largest trading partner, the success of the U.S. economy is of crucial importance to Canada.

“The recovery in exports is going to depend on the recovering activity of the U.S.,” Bank of Canada governor Tiff Macklem reminded us in Wednesday’s Monetary Policy Report. “The U.S. has also rebounded strongly, but we expect the U.S. recovery is going to be considerably slower from here.”

The question is which party’s strategies will lead to success? Partisans are unlikely to be so open-minded, but in some ways, the difference between Biden and Trump might be seen as a contrast between seeking long-term or short-term solutions.

In the case of energy, a Biden presidency will likely be unappealing to Canada’s oil- and gas-producing regions. Cheered by some in Canada, Trump disavowed the climate targets agreed to in Paris in 2015, and he rejects carbon pricing. But he may have been merely delaying the eventual reckoning for North American energy producers while impeding the competitiveness of green industries that are increasingly profitable.

While coal and oil may suffer from a change of administration in the U.S., many analysts see profits ahead for other Canadian minerals, including copper, aluminum and nickel — what Ed Crooks, vice-chair, Americas, at consultancy group Wood Mackenzie calls the “energy transition metals.”

For an oilpatch presiding over a long, painful decline despite Trump’s support, a Biden presidency might be like ripping off a bandage or cauterizing a weeping sore.

The U.S. response to COVID-19 may also be an example of long- versus short-term benefit. Repeatedly we’ve seen that haste to reopen the economy has led to worse shutdowns.

And when it comes to bridging the bad patch before economic recovery leads to an anticipated new round of job creation, a clear win by one side may lead to a support package, so far delayed by disputes in Congress. Even Trump’s appointed Federal Reserve Chair Jerome Powell has said such a plan is essential to prevent evictions and foreclosures, “things that will scar and damage the economy.”

As Macklem implied, preventing damage to the U.S. economy is good for Canada and its exports. But when it comes to trade, even without the Trump bombast that many Canadians disliked, it is not at all clear Canada will get a free ride from a Biden administration.

It is easy to forget that Republicans have been the traditional free-trade champions and that the original NAFTA was negotiated between a Progressive Conservative prime minister, Brian Mulroney, and a Republican president, Ronald Reagan.

‘America First’ could be sticking around

In a world where both sides in the U.S. Congress feel as though they are losing out on trade, don’t expect “America First” to disappear, whoever wins — although under Biden, there are likely to be fewer surprising outbursts.

Whatever the eventual outcome of this week’s vote, there is little question that a continued wide division in the country’s polarized electorate will persist as a burden on the U.S. economy.

If Joe Biden wins the U.S. presidential election, Canadians could feel the impact in areas like energy, trade and defence. 6:42

Even after one or the other party takes control of the White House, it is never clear exactly how election promises will turn out. Change, even if good for the economy in the long run, is always disruptive at first. Optimistic intentions are transformed by the realpolitik of deal-making and economic necessity.

But for Canadians holding their collective breath for the final result of Tuesday’s election — no matter how long those results take to arrive — having one leader firmly ensconced in the Oval Office will restart the clock on economic and business plans that depend on U.S. policy.

Then we can go back to worrying about Alberta jobs, a soaring deficit, a COVID-19 crisis that won’t go away and a minority government that could at any moment tumble us into an election of our own.

What do you want to know about the U.S. election? Your questions help inform our coverage. Email us at Ask@cbc.ca