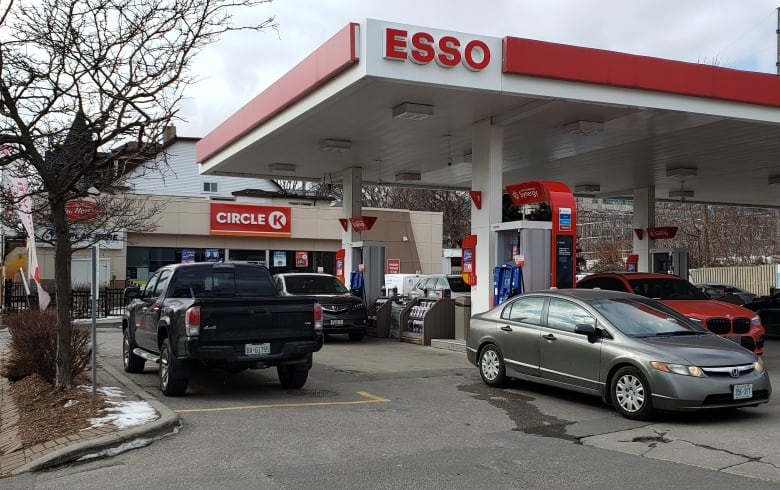 The relatively small number of electric vehicles you see on the road today masks what many experts say is a disruptive revolution coming to the business of refuelling our vehicles.

With some claiming as many as 80 per cent of conventional gas stations could be driven out of business in 15 years, Canadian companies are at the forefront of figuring out how to profit from the coming transformation of the business model for how we get a fill-up.

And as with the effect of previous technological disruptions on such firms as Kodak or former music titan PolyGram, unexpected innovations mean there is no guarantee that established players will retain their dominant position in a market where all the rules have changed.

The increasing number of battery-powered offerings at last week’s Canadian International AutoShow in Toronto and the many more in the pipeline hint at an energy transformation fuelled by climate change and startling advances in electric-vehicle tech, meaning the recharging business is now playing catch-up.

Repeated studies have shown there are not enough chargers even for existing demand, said Colleen Kaiser, who researches the electrification of transport for the Smart Prosperity Institute, a Canadian think-tank studying market-friendly sustainability.

On a life-cycle basis, studies have shown electric vehicles are already cheaper than their internal combustion equivalents, and competition and better technology is beginning to push prices down.

Experts say that will inevitably push EV sales up.

“What we are starting to see is the more progressive oil and gas companies are now looking at themselves as providers of power to fuel transportation,” said Kaiser, pointing to Canadian oilsands giant Suncor, which has already begun to install electric chargers at its Petro-Canada gas stations.

But as with previous technological disruptions, Kaiser said new growth in the EV-recharging business is not simply a matter of replacing gas pumps with electrical outlets. Perhaps the most significant change in the business model is that the many people who currently go to the service station for a fill-up will be able to recharge at home or at work.

As Kaiser says, if we had gas pumps at our houses, we wouldn’t be using gas stations, either.

Among the many other complications is having enough power in the right locations. A bank of EV chargers in full use demands as much power as an office building, Kaiser said, and that kind of juice might not be easily available — especially in remote areas where chargers are needed.

Even if people switch to EVs as quickly as some forecasts suggest, there will still be decades of demand for conventional fuelling stations, as existing vehicles gradually wear out and are replaced by electrics.

End of the retail fuel era

Research by the Boston Consulting Group (BCG) suggests that the world faces “the end of an era in fuel retail” as gas stations begin to disappear. According to the authors’ calculations, many traditional gas stations simply won’t make enough money.

“In a market environment in which electric vehicles (EVs), autonomous vehicles and new mobility models take off rapidly, up to 80 per cent of the fuel-retail network as currently constituted may be unprofitable in about 15 years,” reads the report.

But that doesn’t mean everyone is suffering. Paradoxically, even as existing service stations face a future profit challenge, new entrants are rushing to figure out ways to make money from a shortage of electric-charging points.

Analysis of Kodak’s collapse after the arrival of digital photography helps show why business disruption by technological change can be perplexing.

For instance, Kodak did not stubbornly refuse to make digital cameras. Instead, as digital imaging took off, the advantages the company had created with massive investments in the world’s best film technology suddenly became a liability, and nimble specialists in electronics and software crowded into the digital photography space.

Experts now say something similar has happened in the automotive business, as electric engines wipe out years of competitive advantage by German carmakers in sophisticated internal combustion mechanics.

Whatever the future of conventional gas stations, Travis Allan, vice-president and general counsel at the EV-charging system FLO, said that his company’s system of electric fast chargers is an expanding business.

FLO, which just announced a deal to install charging points at Canadian Tire stations across the country, is owned by the award-winning Quebec-based startup AddÉnergie.

As well as building out a charging network, the 10-year-old privately held firm — listed in one business directory as an “application software” company — makes charging hardware for home and commercial use. It is also an expert in the software needed to regulate the electricity flow and bill customers. And the company is expanding its business into the U.S., including through a recent deal with electricity giant Consolidated Edison.

While Allan agrees that EV owners will charge at home when they can, he said there are many reasons besides long journeys why people will want access to public chargers.

In urban cores with street parking, such as New York and Montreal, for example, there’s a need for street-level charging. Car-share vehicles, ride-hailing companies, plus the eventual arrival of self-driving vehicles will also contribute to commercial charger demand.

There are reports that the Quebec-based convenience store and gas station company Couche-Tard, which operates under the brand name Circle K around the world, is using its subsidiary in Norway to lead the way in global research on how to continue to profit in the new world of EV charging.

Even at existing gas stations, studies show the associated convenience stores are a bigger source of profit than fuel sales. Couche-Tard is exploring the best way to offer services to a captive audience of customers waiting for their vehicles to charge.

Another new entry into the business is the Ontario-based Ivy Charging Network, currently installing 163 chargers at more than 70 locations across the province. A private business owned jointly by Ontario Power Generation and electricity distributor Hydro One, Ivy will effectively be drumming up business for its parent companies by making it easier to use electric vehicles, said Ivy co-president Theresa Dekker.

“Ontario’s electricity system is very, very clean, and so it just makes sense to use our clean electricity in the province to help support increased adoption of electric vehicles and increase use of the product,” said Dekker.

As with other electrical utilities across Canada and around the world, the business urge to sell more product means there will be market pressure to find ways to keep pumping volts — even if conventional gas stations eventually disappear altogether.