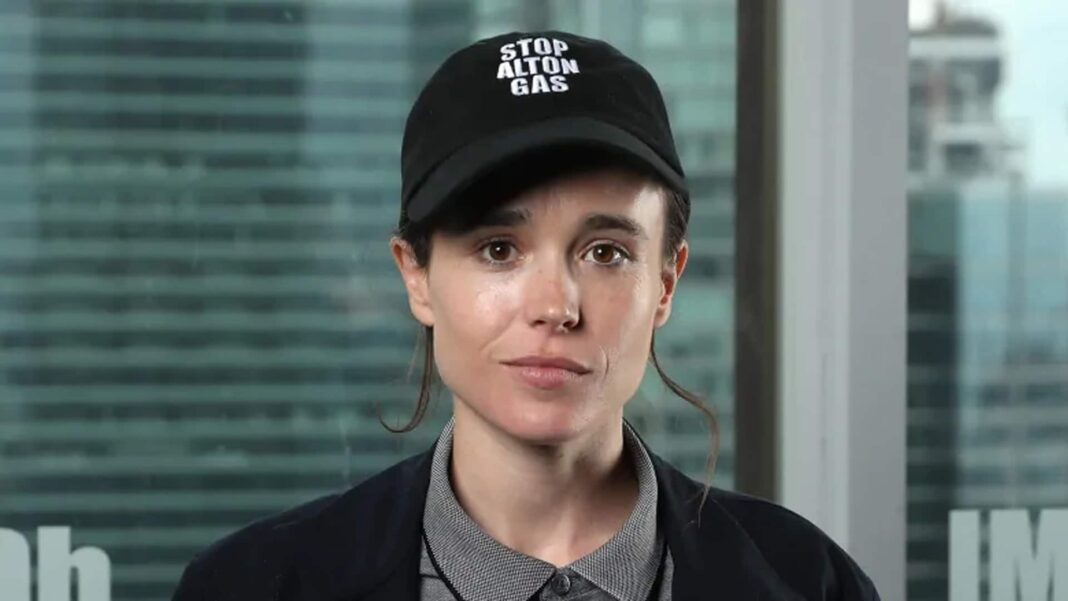 Elliot Page, Halifax’s own Hollywood star, has shared that he is transgender.

The actor is known for his Oscar-nominated role in Juno, as well as Inception and most recently The Umbrella Academy.

He addressed his social media followers on Tuesday with a lengthy Instagram post, in which he shared that he is trans and that he uses the pronouns he/they.

“I feel lucky to be writing this. To be here. To have arrived at this place in my life. I feel overwhelming gratitude for the incredible people who have supported me along this journey,” Page wrote.

Page said he has been inspired by many in the trans community, and thanked them for their courage, generosity and working to make the world a more inclusive and compassionate place.

While Page said his joy is real, it is also “fragile.” Despite feeling profoundly happy and acknowledging his privilege, he is also scared of the invasiveness, the hate, the jokes and the violence.

He cited the Human Rights Campaign’s figure that nearly 40 trans people have been killed in the United States in 2020 alone, with the majority of those being trans women of colour.

“Enough is enough. You aren’t being ‘cancelled,’ you are hurting people. I am one of those people and we won’t be silent in the face of your attacks,” Page wrote.

The letter was met with an outpouring of appreciation on social media, with Canadian musicians Tegan and Sara tweeting that Page’s strength, bravery and activism is “truly special.”

The official Umbrella Academy and Netflix accounts also tweeted their support, saying they are “proud of our superhero,” in a nod to Page’s character Vanya on the popular show.

So proud of our superhero! WE LOVE YOU ELLIOT! Can’t wait to see you return in season 3! 🎻 🖤

For years, Page has been one of the most visible queer actors in Hollywood since publicly coming out as gay in 2014 during an emotional speech at the Time to Thrive conference, an LGBTQ youth event.

Page is also a passionate environmental activist, and made his directorial debut alongside Daniel with There’s Something in the Water, a documentary that screened at TIFF last year.

Inspired by a book of the same name by Dalhousie University professor Ingrid Waldron, the documentary takes on environmental racism — the way climate change disproportionately affects communities of colour — in Page’s home province of Nova Scotia.

Through this project, Page learned about the challenges people in Shelburne, N.S., had with contaminated wells. He pledged the money needed for a new community well in the south end of town, which the local council accepted in February.

“We’re sort of at a time where more and more people are feeling safe to come out, and to look at their own gender identity,” Fundal said.

“And for some folks, like Elliot, realizing that, ‘You know what, I’m not who I was gendered to be.'”

CBC’s Faith Fundal says we are “at a time where more and more people are feeling safe to come out”. And they are “excited” by Elliot Page’s news.  5:32

Fundal said in their experience, and based on what they’ve heard from other trans people, coming out can be a scary experience.

“There is that very real fear of violence, of being beaten up or kicked out of your community, people not accepting you,” they said. “So seeing all of these very positive things [about Page] from folks is heartwarming.”

Nik Basset, an education co-ordinator at the Youth Project in Page’s hometown of Halifax, is warmly welcoming Page to the trans community. The Youth Project is an organization offering support and services to LGBTQ youth.

Basset, who uses they/them pronouns, told CBC’s Mainstreet that they are “so excited for somebody to be moving into their authentic selves.”

“The courage that it takes to come out and advocate for your identity is a really hard thing to do,” they said. “So I’m just really proud of Elliot.”

While Basset said someone with Page’s profile may bring a lot of visibility to the trans community, they cautioned that such visibility is not always representative of social change.

They said they understand what Page meant about his joy being “fragile.”

“From my lived experience, hearing pronouns that I don’t identify with, or hearing my dead name, my given name, it reminds me of a time when I was closeted and afraid and confused,” they said.

“I can’t imagine — because I’m not famous — what it will feel like moving forward having this huge body of work tied to a name that they no longer use.”

Basset said there is a strong, supportive community for those who come out or who are questioning their gender identity.

“You’re valid, no matter what,” they said.