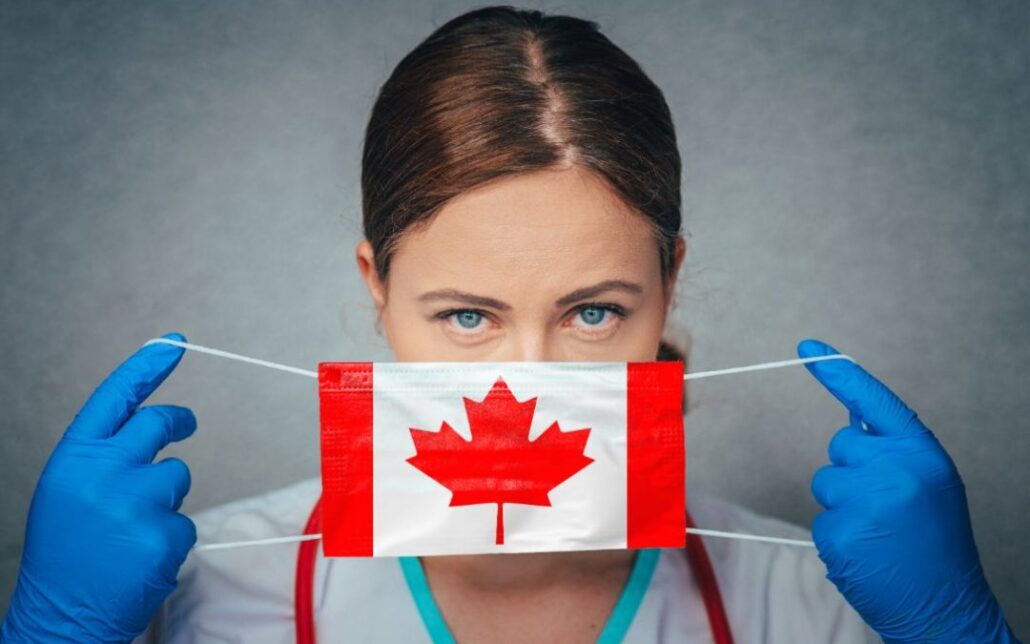 Hospital employees are leaving their jobs at an alarming rate across Canada. As a result, experts and healthcare workers are urging the federal government to take more action.

According to Statistics Canada, nearly one in every five job openings in Canada is in health care and social assistance. When compared to all other sectors, those sectors experienced the greatest year-over-year losses in early 2021.

Weekly overtime increased by 78% on average from May 2019 to May 2020, according to the Canadian Federation of Nurses Unions (CFNU), citing StatCan data.

According to the CFNU, that figure rises to 137% in Quebec and Ontario.

According to the president of the CFNU, there are more than 16,000 job openings in Canada’s largest province of Ontario alone.

The workload is crushing for those who haven’t quit, according to Halupa.

“Things must change. “It’s getting dangerous out there,” Halupa said.

“I’ve never gone to work with this much anxiety or fear about what I’ll see, what we’ll have to deal with, or how short-staffed we are.”

COVID-19, according to Halupa, is not entirely to blame. She claims that recruitment, retirement, and pay have all played a role in driving people out of the profession.

Also Read: Canada was already desperately short of nurses before COVID-19. Now nurses say they’re hanging on by a thread

The legislation was enacted prior to the pandemic in 2019 and limits certain public sector wages, such as nurses’, to a 1% annual increase.

That meant 47 cents more per hour for registered nurse Leah Waxman’s last raise, a figure that doesn’t make her want to stay in her position.

“Something drastic needs to happen in order to make a drastic change and keep our health-care (system) from collapsing… because it is,” she said.

In a statement, Richard Mullin, a spokesperson for Ontario’s Treasury Board, told Global News that “it is inaccurate to suggest that Bill 124 caps wages at 1% annually.”

“Ontario’s public sector employees will continue to be eligible for salary increases based on seniority, performance, or increased qualifications,” Mullin explained.

Rafael Gomez, a labor expert, described the legislation as “repressive.”

“Healthcare spending is now the most expensive item on any government’s budget. So I understand the macro priorities,” Gomez, director of the Centre for Industrial Relations and Human Resources, explained. “However, health care is a micro event. When you are in a hospital and require assistance, you want a nurse to be present. This affects you personally. And if there are policies impeding that, I believe the government is being short-sighted.

Alberta Health Services confirmed in July that it had only about 18 treatment beds available at one of its busiest hospitals, the Royal Alexandra, due to “short-term staffing coverage issues.”

According to Alberta NDP Leader Rachel Notley, bed closures due to staffing shortages are not uncommon.

The United Nurses of Alberta has since stated that the province has been hiring contract nurses to address severe staffing shortages in Alberta hospitals.

“The government has allowed the situation at the hospital’s emergency department to deteriorate — we’ve heard reports that some shifts have only three nurses trying to keep up with a workload that should have been handled by 13 people,” Kamloops-South Thompson MLA Todd Stone said Monday.

As a result of their efforts to save coronavirus patients, nurses in Manitoba, according to Cheryl Cusack of the Association of Regulated Nurses of Manitoba, are suffering from depression and other mental health issues, including trauma.

According to the Nova Scotia Health Authority, what was once a 7% vacancy rate has risen to 20% in Nova Scotia.

“We’ve had 34 people leave the Halifax Infirmary emergency department in the last two and a half to three months,” said Jason MacLean, president of the province’s General Employees’ Union. “Six of them had no other jobs at all. So what we need to do is figure out why they’re leaving, which I believe we’re doing, but people also need to be incentivized to stay.”

Experts urge the federal government to take the lead.

“We need the federal government to commit to creating a health-care workforce agency,” Silas said. “The federal government will establish an agency to assess how many nurses we will require in five years. What do we need to do today to preserve what we have and plan more effectively with the provinces and territories?”

When asked if it would consider any of these measures, Health Canada spokesperson Mark Johnson responded in an email to Global News, “the responsibility for matters related to the administration and delivery of health services, including health workforce planning and management, falls within provinces and territories jurisdiction.”

It is not the first time that healthcare professionals have asked the Canadian government to establish national standards or regulations for nurses.

Seniors’ advocates have been pleading for national nursing home standards for the past year. And, despite the fact that Liberal Leader Justin Trudeau made the promise last fall, his government has yet to put it into action.

Colleen MacPherson, a critical care nurse in Toronto, is frustrated that the provinces and federal government have not taken significant steps to address the growing problem.

“Take a look at what happened in long-term care. The nurses were working without any kind of protection. They were understaffed, she explained to Global News.

Hospitals, she added, are not immune.

“People are in danger. We don’t have any employees. This year, nurses did not receive any vacation time. Wages are frozen.”

Now, MacPherson and others are concerned that an election will add to the uncertainty and delay any plans for a solution.

Plans for a party

Meanwhile, if elected, the Conservatives have promised to meet with premiers to negotiate a new healthcare agreement and to increase the annual growth rate of the Canada Health Transfer by 6%. Over the course of a decade, this plan would add nearly $60 billion to the system.

Erin O’Toole did not keep her promise to hire more front-line workers.

Jagmeet Singh and the NDP announced a $250 million fund to help hire 2,000 nurses across the country to address the healthcare worker shortage.

Meanwhile, patients are the ones who are suffering, according to Toronto emergency room doctor Chris Keefer.

“If nurses are not available to complete orders, procedures, and treatments, patients wait and wait and wait. And people are already irritated about it. But it’s getting worse and worse, and it’s becoming critical,” Keefer explained.

“It’s impossible to run a department shorthanded,” she said, concerned that time is running out to save the health-care system.

“There aren’t many veteran nurses left,” she said. “If you want to keep health care somewhat secure, you must keep the people you have.” You require veterans. You must keep who you have now.”