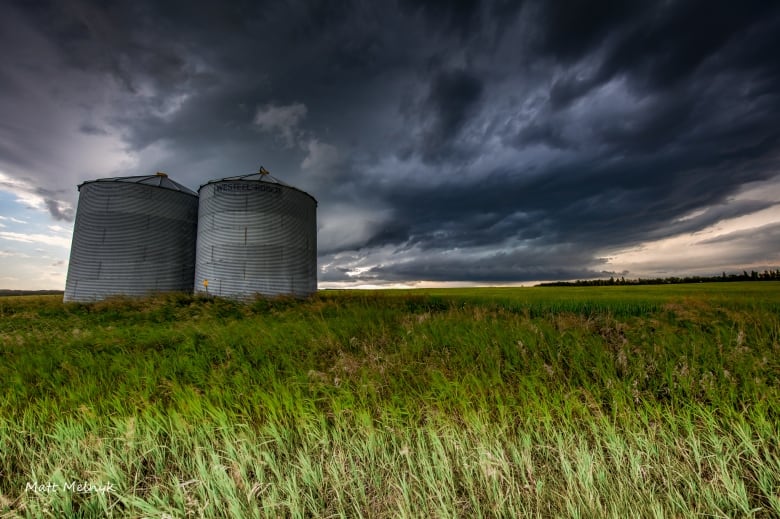 As our climate continues to change, accurately tracking severe weather is critical.

That’s why Environment and Climate Change Canada’s newest radar site near Fort McMurray, Alta., which officially came online in late September, is seen as such an important piece in the weather and climate jigsaw puzzle.

“There was no pre-existing radar here,” says Sara Hoffman, a meteorologist with Environment and Climate Change Canada.

“So we are totally and completely expanding radar coverage over northeastern Alberta, northwestern Saskatchewan.”

According to Hoffman, the installation is part of a $140-million nationwide project to upgrade and replace the aging radar network with dual-polarization — often referred to as “dual-pol” — radar. The most recent round of improvements will effectively double the severe-weather detection range.

The project began in 2017, with the upgrade of the site at Radisson, Sask., 65 kilometres northwest of Saskatoon.

The new site near Fort McMurray now means radar information extends to Fort Chipewyan, Alta., 300 kilometres north, and out to Buffalo Narrows, Sask., about 275 kilometres to the southeast.

The Fort McMurray site is the only new radar installation. Canada’s radar network will now consist of 33 sites across the country, with the entire network upgrade slated to be complete by March 2023.

According to a report by Environment and Climate Change Canada, “extreme weather presents the most immediate climate risk for the Prairie provinces, as is evident from the catastrophic events that have taken place over the last decade.”

That increase has been felt by many in western Canada, with flooding events that devastated British Columbia in November 2021, severe storms causing flooding in Calgary and Saskatoon this past summer, and the record hail in southern Alberta in August.

Radar is one of the key tools among many used by meteorologists to forecast severe storms.

Doppler and dual-pol: What’s the difference?

Weather radar shows precipitation in real-time, allowing meteorologists to better warn for flooding, hail and other severe events. It works by sending out electromagnetic pulses that will hit and reflect off of precipitation, effectively showing where it is currently raining or snowing.

Canada’s weather radar network last received major upgrades In the late ’90s, when the system was updated to Doppler radar. Doppler radar measures movement within storms as well, which helps with seeing rotation that can indicate severe weather like tornadoes.

The most recent round of improvements will effectively double the Doppler range.

According to Hoffman, dual-pol provides more information on the size, shape and distribution of storms. That gives forecasters the ability to see if precipitation is snow or rain and whether there is hail. It allows for better-forecasted precipitation amounts.

And when large storms are directly overhead, dual-pol is less likely than Doppler to be muffled by heavy precipitation. According to Hoffman, that means meteorologists can see more clearly in and around those storms.

“It’s like going from black-and-white television to colour,” says Hoffman. “It can help us all that much more to make these decisions and timely forecasts or warnings.”

With this upgrade project, most of the nation is seeing expanded coverage, with the new radar sites seeing approaching severe weather from further out than before.

“We’re going from 120 kilometres with our Doppler [radar] to 240 kilometres,” says Hoffman.

“As a meteorologist, this is a really exciting time and we’re thrilled to have this expanded coverage,” she says.