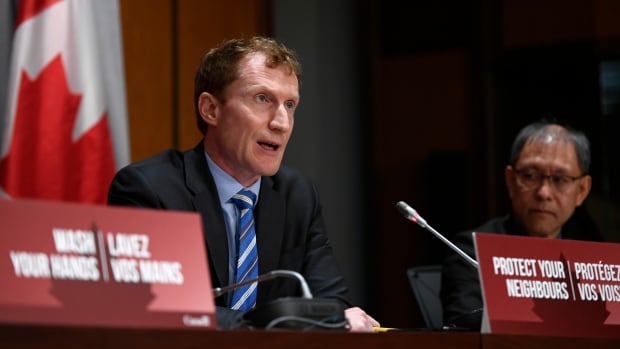 Canada must improve its COVID-19 data collection efforts for First Nations, Inuit and Métis communities if it wants to better understand how the novel coronavirus is impacting Indigenous people across the country, Indigenous Services Minister Marc Miller said Saturday.

“We are learning from past experience with responding to pandemics in Canada … that we need to recognize and understand [Indigenous populations] have a higher risk of being disproportionately impacted by COVID-19,” Miller said. “Along with better access to testing, we are acutely aware of the need to do better, more robust and routinely collected disaggregated data.”

When it comes to collecting confirmed cases of COVID-19 in Indigenous communities, only First Nations living on reserve and those living in Inuit Nunangat — the homeland of the Inuit in Canada — are accurately captured, Miller said, because those communities fall under his department’s jurisdiction.

That means it’s not clear how many positive cases can be attributed to First Nations people living off-reserve or the Métis Nation and Inuit who do not live on their traditional homeland, because that public health information is gathered by provincial, territorial and federal public health authorities.

Part of the problem is that those populations aren’t always required to self-identify when undergoing testing at local centres, the minister’s office said in an email to CBC News.

Those individuals become part of provincial and territorial data systems, making it harder to tease out precisely who’s behind the numbers and resulting in less accurate modelling.

“To be frank, the data my department provides is limited by what is being collected,” he said.

Indigenous Services Minister Marc Miller says he wants to equip Indigenous leaders with the data they need to respond to the COVID-19 pandemic, a move that would involve expanding collection efforts to include groups of people being left behind. 0:46

Masking the reality of COVID-19’s spread

According to publicly available data from Indigenous Services, the total number of known cases among Indigenous people stood at 168 as of May 8 — but that figure only includes those from First Nations living on reserve in the provinces.

Miller used the case count in northern Saskatchewan as an example of why numbers like these aren’t depicting the reality of COVID-19 in Indigenous communities.

The village of La Loche in the province’s far north is currently the epicentre of an outbreak in the region, accounting for more than 140 of the province’s 203 active cases as of Friday.

But Miller said that of the region’s positive cases only 16 can be attributed to Indigenous people on reserve — which doesn’t capture the area’s largely Métis​ population.

“Given that La Loche is a Métis​, Dene community of an overwhelming majority, the presumption then is that [more cases] are Indigenous, and that’s a gap in the data frankly.”

Miller said Ottawa has already pledged $250,000 for improved data collection efforts that would lead to more accurate modelling of the virus’s spread in Indigenous communities and better inform the government’s response.

Miller’s acknowledgement comes after Indigenous leaders called for stronger co-ordination between federal, provincial and territorial governments during a Friday meeting of the House of Commons Indigenous and northern affairs committee.

David Chartrand, vice-president of the Métis​ National Council, said the La Loche outbreak was evidence that Ottawa and provincial governments are struggling to take responsibility for the Métis​.

Meanwhile, Inuit Tapiriit Kanatami president Natan Obed called for increased testing, but acknowledged that many Inuit communities were sidestepping the worst of the pandemic.

Perry Bellegarde, national chief of the Assembly of First Nations, also told the committee that First Nations don’t have access to reliable sources of information tracking infections among their populations — and that he believes positive cases are being undercounted as a result.

During Saturday’s briefing, Miller was not clear on how his department could compel other jurisdictions to improve its collection practices, but said he understood that keeping the data confidential was a top priority.