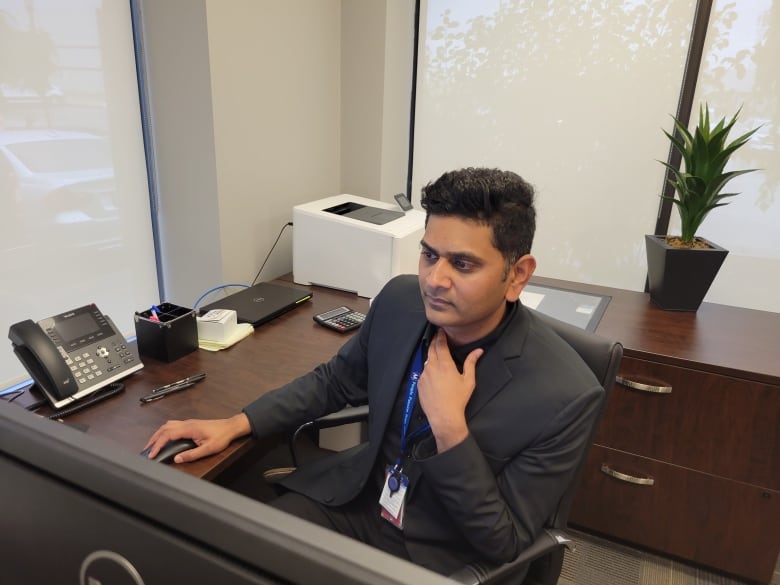 It’s the second month in a row of lost jobs, coming on the heels of 43,000 jobs lost in June. Economists had been expecting the economy to eke out a slight gain of about 15,000 jobs, but instead the employment pool shrank.

Goods producing industries actually added about 23,000 jobs during the month, but that relative strength was more than offset by a large loss of 53,000 jobs in the service sector.

The health-care sector was a major drag, as it lost 22,000 positions. After more than two years of caring for Canadians during a pandemic, burnout and job churn in the sector is becoming a major issue. More than 10 per cent of all nurses called in sick at least once during the month, and more than 20 per cent worked paid overtime to make up for it, the data agency said.

“The job decline in health care has not gone unnoticed, as it has been due to voluntary quits rather than layoffs,” said economist Tu Nguyen with accounting and consultancy firm RSM Canada.

“The exodus of burnt-out health-care workers has led to a surge in temporary closure of emergency rooms. This has far and wide ramifications, [because] when people are not taken care of, it leads to workers across industries calling out sick, having to take time off to care for sick family members, or even exiting the workforce in more extreme circumstances.”

As of the end of July, the data agency says there were about one million people in Canada officially classified as unemployed, which means they want a job but don’t have one. Another 426,000 people wanted a job but didn’t look for one during the month, so they are not officially counted among the ranks of the unemployed.

The million or so people without a job compare with 19.5 million Canadians who had some sort of paid work during the month.

Canada’s soft job market stands in stark contrast to that in the U.S., where the economy added 528,000 jobs last month. That’s twice as many as economists were expecting.

While the monthly job number is always volatile, and is especially so in the summer months, Tiago Figueiredo, an economist with Desjardins says the underwhelming number suggests Canada’s “labour market slammed the brakes in July.”

“With that said, the labour market still remains tight and there’s scope for a further weakness in employment as economic growth slows.”

While the economy has fewer workers today than it did in May, many sectors and employers report that hiring remains robust. The tourism sector was hit perhaps harder than any other sector by the pandemic, but as demand returns, so is the need for workers.

Laura Pallotta, vice-president with Marriott Hotels, says the chain is currently trying to hire as many as 1,000 people across the country, even as the overall economic outlook darkens.

“We believe that we need to continue to hire back positions and roles [because] we see demand for Canada over the next number of years will continue to be strong,” she told CBC News in an interview.

Arvin Nagules, senior vice-president with Menzies Aviation, which provides a variety of airport services across Canada and abroad, says his industry is also trying to ramp staffing levels up quickly.

He says airlines and airports have done as much hiring in the past two or three months as they would normally do in a number of years. “It’s not just the airline industry. Everyone’s fighting for the same group of people,” he said in an interview.

Economist Brendon Bernard with job search firm Indeed is taking the monthly drop with a grain of salt — noting that the decline is within the 34,000 margin of error for Statscan’s job survey — but it’s clear that something is changing in the job market.

“Rather than showing up in higher unemployment, the recent soft job numbers have shown up in declining labour force participation instead,” he said. More than 200,000 people have left the labour force since march, and the participation rate among workig-age people fell 0.2 percentage points to 64.7 per cent. That means less than two thirds of people in their working age years are choosing to do so.

“Not what we’d expect from a wave of layoffs [but] at the same time, the pace of gains from earlier this year appear to have run out of gas,” Bernard said.

“Now the question is whether the car will stay in neutral.”