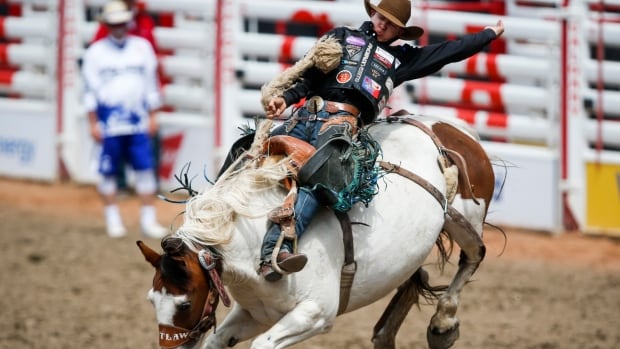 A new rodeo is barrelling into B.C.’s Lower Mainland this Labour Day weekend.

The Valley West Stampede is the first professional rodeo in the Township of Langley, B.C., which professes to be the “horse capital” of Canada.

“I think it’s crazy that Langley hasn’t had their own professional rodeo,” stampede president Sheila Hicks told CBC’s On the Coast. “Coming up through this industry and through this sport, I’m really excited to share it with the next generations.”

Rodeos often raise concerns among animal welfare advocates, citing fear and harm done to animals before and during events.

Hicks says the animals involved in the rodeo are well cared for, and that events involving roping won’t happen at the Valley West Stampede.

“Animal safety is our top priority,” Hicks said. “I mean, our horses are like our family. I grew up in rodeo and we treat them very much like our kids.”

However, B.C. SPCA chief scientific officer and director Sara Dubois says she expects the event to grow, in which case those types of events could be added.

She described the creation of the event as “a step backward” and said the event is solely for the purpose of entertainment for people, rather than caring for animals.

“There’s many other ways to celebrate our relationship with animals that don’t cause fear,” Dubois said.

But Hicks says there isn’t any “drastic fear” involved in making the bulls and broncos buck.

Hicks said there will be a veterinarian on site at all events.

The event is also set to include mutton busting — where kids ride sheep and win trophies — as well as a cowboy breakfast, beer gardens, barn dances and other festival activities.