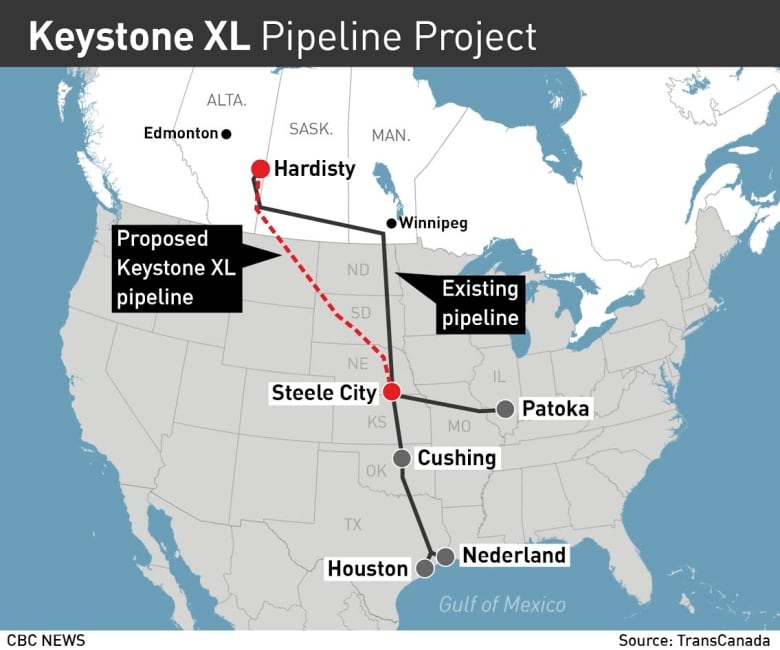 Amarjeet Sohi met with U.S. Secretary of Energy Rick Perry on Wednesday in Houston at the CERAWeek energy conference. The focus was on TransCanada’s Keystone XL project and Enbridge’s Line 3 replacement pipeline.

Keystone XL is stalled after a judge in Montana halted construction and ordered a new environmental assessment. TransCanada asked the court this week to allow it to proceed with preliminary work to avoid losing out on another construction season.

The project has faced delays for the last decade, but received new life under U.S. President Donald Trump. So far, though, the president’s approval hasn’t been enough to get the pipeline built.

“I brought up the issue of the Keystone XL pipeline and how we continue to support that project,” Sohi said about his meeting with Perry. “It’s a very important project for Canada and for the U.S.”

Canada’s natural resources minister spoke to the U.S. secretary of energy about the issue during CERAWeek by IHS Markit in Houston. 0:31

If TransCanada can’t start work on the project soon, the company has said the project will be delayed another year, slowing its plan to invest billions and create thousands of jobs.

“I stressed that point with secretary Perry to ensure that he is aware of the implications of a one year delay to this project and the financial implications for the company,” Sohi said. “He absolutely understands the concerns and he has assured me he will do whatever possible in his hands to give the necessary support.”

The pipeline would ship 830,000 barrels per day of oil from Alberta to Nebraska and cost $8 billion US, according to the company’s last estimate. 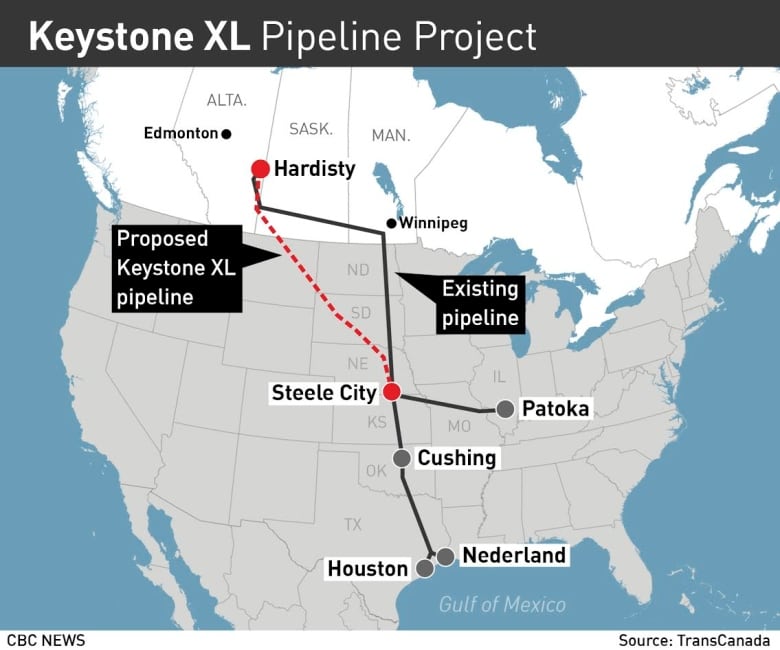 Enbridge’s Line 3 project is also running into delays in the United States.

The project would replace an aging pipeline, restoring its capacity from 370,000 barrels per day to its original 760,000 barrels per day. Enbridge has estimated the total price tag of the project will be $6.8 billion US. The pipeline transports oil from Alberta to Wisconsin. Much of the construction work within Canada is already completed.

The company is facing opposition from Minnesota’s governor, who has pursued an appeal with the state’s utility board. The governor has sided with environmental and Indigenous groups who are concerned about the project’s impact on climate change, as well as the risk of leaks.

As a result, instead of the pipeline becoming operational at the end of this year, the company has said it is delayed until the second half of 2020.

The delays on pipeline projects on both sides of the border are a frustration for the oilpatch in Western Canada and contribute to lower oil prices.

Sohi, an Edmonton MP, said he too is frustrated. However, he won’t be contacting Minnesota’s governor about Line 3.

“We respect the process that U.S. states have in place to issue permits,” he said. 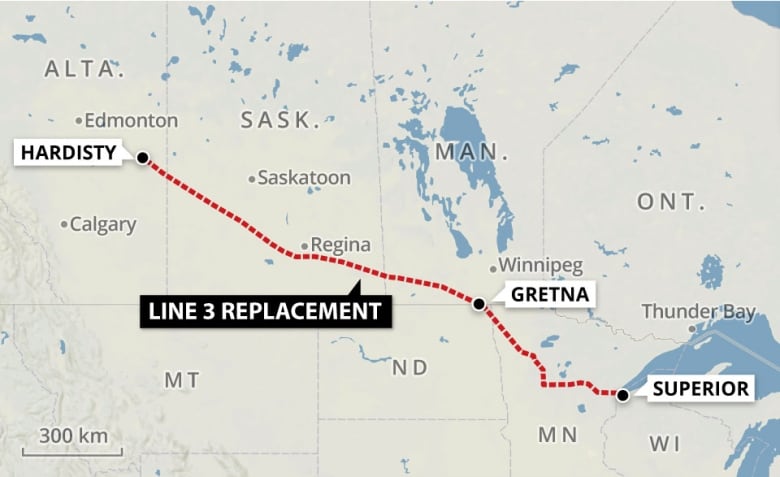 The $9-billion project to export crude from Alberta to Superior, Wis., where it will connect with pipelines to the U.S. Gulf Coast, is needed by shippers and will create jobs, Enbridge CEO Al Monaco said earlier this month. (Canadian Press)

It wasn’t immediately clear what specific actions Perry could take as the Keystone XL case moves through the courts, and Line 3 project waits for permits.

While Perry did not mention either project in his speech at the Houston conference or in his remarks to journalists, he did speak about the need for the U.S. to have an abundance of all types of energy such as electricity, natural gas and oil.

“This is really important,” said Perry to journalists about needing a stable, plentiful supply of energy.

In Houston, Sohi also met with other foreign energy leaders as well as industry executives from ExxonMobil, Chevron and ConocoPhillips.