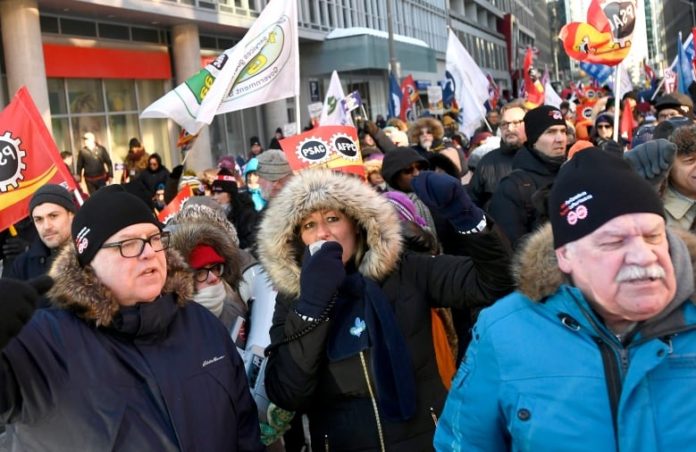 A computer glitch dating back to 2009 has been fixed at last, allowing the federal government to resume chasing down thousands of Canadians who owe the Canada Pension Plan (CPP) about $66 million due to erroneous overpayments.

Employment and Social Development Canada (ESDC) reinstated the collection of these old debts last November, going after 15,000 individuals or their estates after almost a decade of inaction.

“[T]he collection of debts on inactive accounts receivable stopped due to systems-related issues following the implementation of a new IT platform in 2009, which prevented an accurate determination of amounts owing,” says an Oct. 4 memo for Families, Children and Social Development Minister Jean-Yves Duclos.

A parallel technical glitch is also preventing the collection of Old Age Security (OAS) overpayments on inactive accounts, something which the department is still working to resolve.

CBC News obtained the memo and other information about the dormant debt problem through the Access to Information Act.

ESDC currently claws back CPP and OAS overpayments for individuals who are still receiving their monthly benefits. In 2016, for example, the department recovered about $134 million of the $233 million in outstanding overpayments.

But since 2005, the department has left to the Canada Revenue Agency (CRA) the job of collecting overpayments that were made to people who are no longer receiving any benefit cheques — the so-called “inactive” accounts.

Once all of the system issues have been resolved, collection will begin …– ESDC spokesperson, on plans to resume collections of Old Age Security overpayments after technical glitches prevented any activity

Some of these people improperly received CPP disability benefits or children’s benefits under the program — and some estates continued to cash cheques even after the intended recipients had died.

After 2009, the CRA was unable to collect anything — and could no longer accurately calculate the amounts owed — because the department had migrated its CPP system to a new IT platform.

Most of the 15,000 people who still owe the government CPP money received a notice in the mail over the last two years about their debt, but there’s been no active collection — until now. 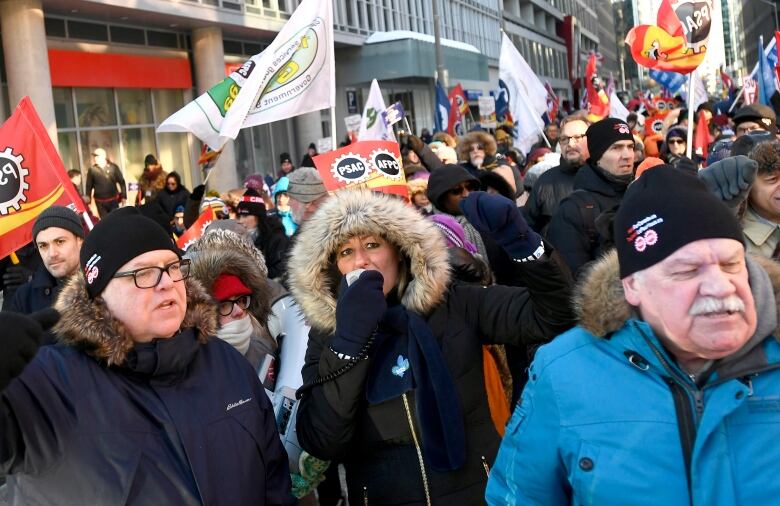 Magali Picard, National Executive Vice-President of the Public Service Alliance of Canada, leads a protest on the three-year anniversary of the launch of the Phoenix pay system on Laurier Avenue in Ottawa on Thursday, Feb. 28, 2019. (Justin Tang/Canadian Press)

The department says it has an “undue hardship” policy to deal with people in financial difficulty, and can arrange to spread out payments over a longer term.

The newly resumed collections, which are being phased in, will ensure “equity” with other Canadians who paid back government benefits they weren’t supposed to get, says the memo.

A spokesperson for the department, Josh Bueckert, said the first wave of fresh collection notices has reached 1,730 people since November, and 266 of those notices resulted in repayments worth just over half a million dollars.

Bueckert did not offer a date for the resumption of debt collection for OAS overpayments in inactive accounts.

“Once all of the system issues have been resolved, collection will begin in a similar way [to how] CPP inactive accounts are being collected,” he said in an email.

The long-unresolved IT glitch is one of many that have dogged the federal government for years. The Phoenix payroll system fiasco, which started in 2016, continues to leave thousands of public servants overpaid, underpaid or not paid at all.

CBC News recently reported on internal government documents indicating it may take a decade to achieve “overall stability” for the Phoenix system.

COVID-19 has Calgary seniors walking around province, across country but virtually

Ottawa looking at how to reunite families separated by border closure, says Trudeau

Speaker rejects Tory request for Senate to resume sitting, says it’s not in the public interest