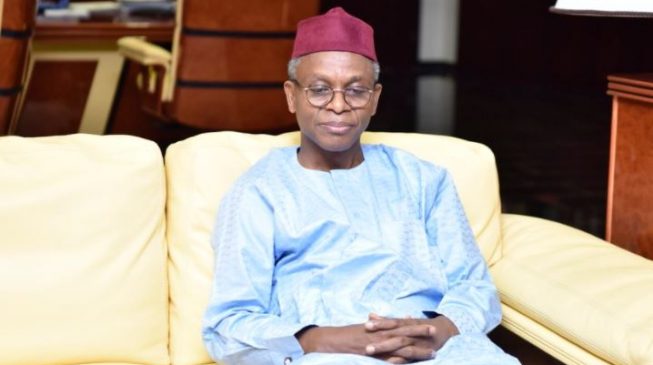 The Christian Association of Nigeria (CAN) has reached to a threat by Governor Nasir Ahmad el-Rufai of Kaduna State to arraign the Senior Pastor of Dunamis International Gospel Centre, Dr Paul Enenche for “hate speech”.

El-Rufai had stated that Enenche’s comments escalated recent killings that rocked Kasuwan Magani on October 18, 2018 that was followed with the assassination of the Agom Adara, Dr Maiwada Raphael Galadima, on October 26, 2018.

In a statement on Wednesday, Pastor Adebayo Oladeji, spokesman to the CAN president, Rev. Dr Samson Ayokunle, said CAN had examined the video clip of the Pastor and are abreast of all the facts concerning the Kasuwan Magani killings among others.

He said: “The main subject of Dr Enenche’s clip which Governor el-Rufai is alleging to be a “hate speech” to us is an outright condemnation of the fate that has befallen the Adara people and Christians in Southern Kaduna through the creation of new emirates namely; Lere, Kagarko and Kujuru. By the creation of these emirates, especially that of Kajuru, the Adara people have been subjugated.

“From a careful study of the speech, Pastor Enenche is not the originator of what he spoke about. He said; “about the middle of this year we heard a Christian first class Chief, that they were told from the news report we heard…” hence the video, he was speaking about was what he read or heard from the news.

“While we will continue to condemn hate speech by religious leaders and other Nigerians, we cannot stand and watch our respected leaders being set up for molestation, humiliation and prosecution for an unfounded “hate speech.” We have also followed the speeches of Governor El-Rufai and have felt strongly that he has been engaged in making inciting speeches, but several efforts deployed to draw his attention have been fruitless.

“His statement that his government had paid herdsmen to stop the killing in his State without any due compensation to the victims of attacks is still fresh in the minds of Nigerians. The questions in the minds of the church is; why is it very easy for government to identify those lamenting over the unabated killings of Christians in Kaduna and other states in the middle belt for persecution?

“Why is it easy by government to seek to apprehend and prosecute the crying victims and almost an impossible task to bring killers to justice? Why is it easier for the El-Rufai government to know and get “the agents of careless statement…” but most expensive and almost impossible for him to identify the Kaduna killing agents despite years of such continuous killings? Have the killers of Agom Adara, Dr. Maiwada Raphael Galadima, been apprehended? How long will it take the Governor El-Rufai to apprehend them?

“Any attempt to arrest and harass any of our pastors again will be considered as an attempt to silence the voice of the Church and reasoning in our nation. Let the Government defines clearly the difference between what is considered hate speech and advocacy for dying victims of continuous killings in Nigeria. What do you expect from a church leader whose members and fellow citizens are being killed daily without any satisfactory measures to abate the killings? Are we to keep clapping for government while people are being massacred in cold blood?

“While we appreciate the fact that no government will want her citizens to be killed, we will admonish Governor El-Rufai to channel his strength towards getting the sponsors and perpetrators of the heinous crimes going on in Kaduna State arrested and prosecuted rather than chasing good Nigerians who are contributing immensely to the peace, growth.”