Can Quebec find a balance between a lockdown and freedom? 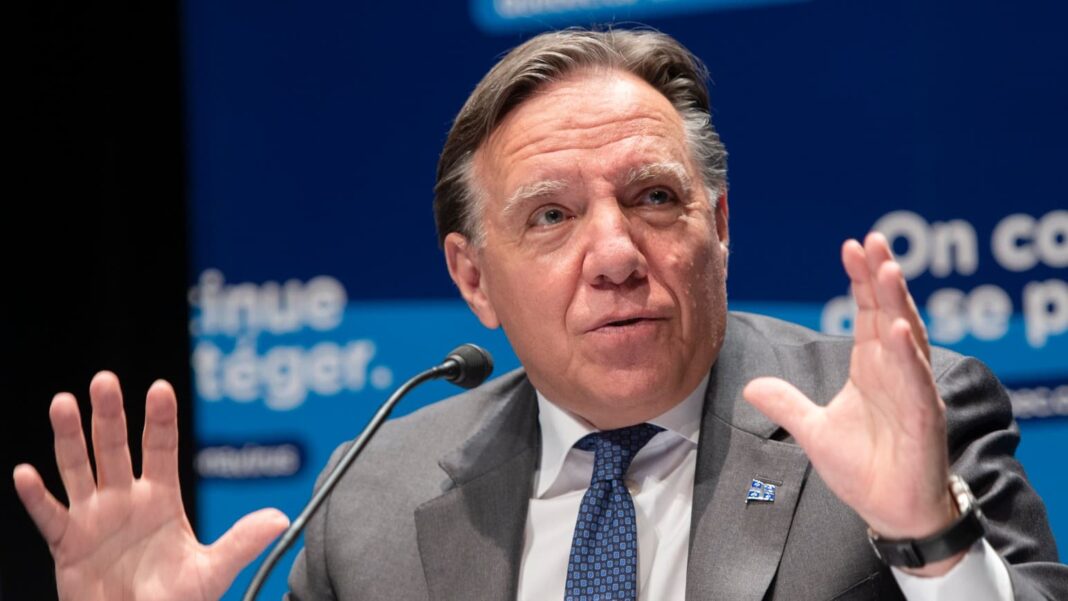 Having tasted something like freedom over the summer, most Quebecers are back living under a complex array of public health rules, wondering if the rest of the pandemic will be one long roller-coaster ride between extremes.

When Premier François Legault announced last month a 28-day partial lockdown to quell a rising tide of infections, he counselled Quebecers to get used to a “fragile balance” while they wait for a vaccine.

“We’ll see if we can open up again at a certain point and find a bit of normal life,” he told journalists in Quebec City at the time.

“But if there are too many cases, or if there is less co-operation from the population, then we’ll have to go backward.”

Legault was describing what has been the dominant approach in many Western countries to dealing with the COVID-19 pandemic: the lurch from lockdown to freedom and back to lockdown again when cases rise.

In Quebec, the back-and-forth has been more abrupt than elsewhere in Canada.

The Legault government didn’t hesitate to close schools and businesses early in the pandemic. Then many restrictions were lifted in quick succession at the start of the summer, and for a few months life almost went back to normal.

Legault was reluctant at first to reimpose restrictions as cases started to creep upward in August.

But when the government finally did respond, it didn’t wait long to resort to drastic measures — banning all social gatherings in so-called red zones, including Montreal and Quebec City.

Montreal’s public health director questioned whether it was sustainable to continue oscillating between poles of relative freedom and relative confinement.

“If we have to live with the virus, do we always want to be doing the yo-yo?” Mylène Drouin wondered last week.

She proposed, instead, finding a stable set of restrictions to keep transmission more consistently in check.

“We probably never should have talked about deconfinement…. We have to identify measures that we can live with for many months to come.”

The tricky part is figuring out what those measures are.

Quebec is currently halfway through a 28-day partial lockdown. Along with the ban on social gatherings, bars and restaurant dining rooms have been closed, as have gyms and movie theatres.

These are all things Quebecers were able to enjoy over the summer. But that may have been a mistake, according to some experts.

“The summer has shown us that if we back off on the restrictions too quickly and too completely, we are going to have this bouncing between no restrictions and then a rise in cases and a sudden and fairly strong restrictions,” said Dr. Matthew Oughton, an infectious disease specialist at the McGill University Health Centre.

In at least one measurement, the current partial lockdown is yielding the desired results. Quebec’s Rt, which tracks the number of people a single person is likely to infect, has dropped back below one, said Université de Montréal epidemiologist Hélène Carabin.

“If I only think in terms of infectious disease epidemiology, that’s obviously what you need to do,” she said.

But, like most other health experts, Carabin acknowledged that lockdowns, even partial ones, entail serious collateral damage to the economy and to people’s mental health.

In order to avoid the need for disruptive lockdowns, some are suggesting that more restrictions be kept in place after the current wave subsides, as opposed to returning to the level of freedom enjoyed in the summer.

“I think there’s probably a middle ground where you don’t entirely remove all restrictions and that will reduce the amplitude of the restrictions,” said Oughton.

One rule of thumb to consider is how many interactions we have on a daily basis where we are exposed to the virus, such as conversations where masks aren’t worn or physical distancing isn’t kept.

In June, a model released by Quebec’s public health research institute, the INSPQ, predicted that if everyone limited their average daily number of unprotected contacts to between three and six, then cases and hospitalizations would remain low.

If, however, the daily average of unprotected contacts rose to between six and 10, then both cases and hospitalizations would spike to troublesome levels.

During the spring lockdown in Quebec, the INSPQ researchers estimated daily contacts dropped to 4.5. But that came at the expense of closing schools and vast swaths of the economy.

The current partial lockdown is trying to achieve a similar reduction in contacts while at the same time keeping schools and stores open.

In trying to thread that needle, the Quebec government drafted a long, complex list of activities that were prohibited or allowed only under certain circumstances.

The confusion left many exasperated. “People are confused about what the rules are because they are highly specific,” said Erin Strumpf, a health economics expert at McGill.

She suggested that once the current wave of infections has been controlled, Quebec may want to revisit the idea of bubbles.

Limiting our circle of contacts to between two or three households, she said, would help curtail infections while easing the strain on people’s mental health.

Strumpf said if the government is interested in drafting more sustainable public health measures, it needs to consider psychological factors alongside epidemiological ones.

Legault was asked earlier this week whether he intended to continue applying the yo-yo approach, going back and forth between states of confinement and freedom.

It wasn’t ideal, he admitted, but he also said he didn’t see much of an option.

“When you look at just about every other country in the world, they played yo-yo, he said. “What we have before us is an extraordinary situation. No one has been through this before.”