Calls Grow Within GOP To Dump #Trump After Midterm Flop 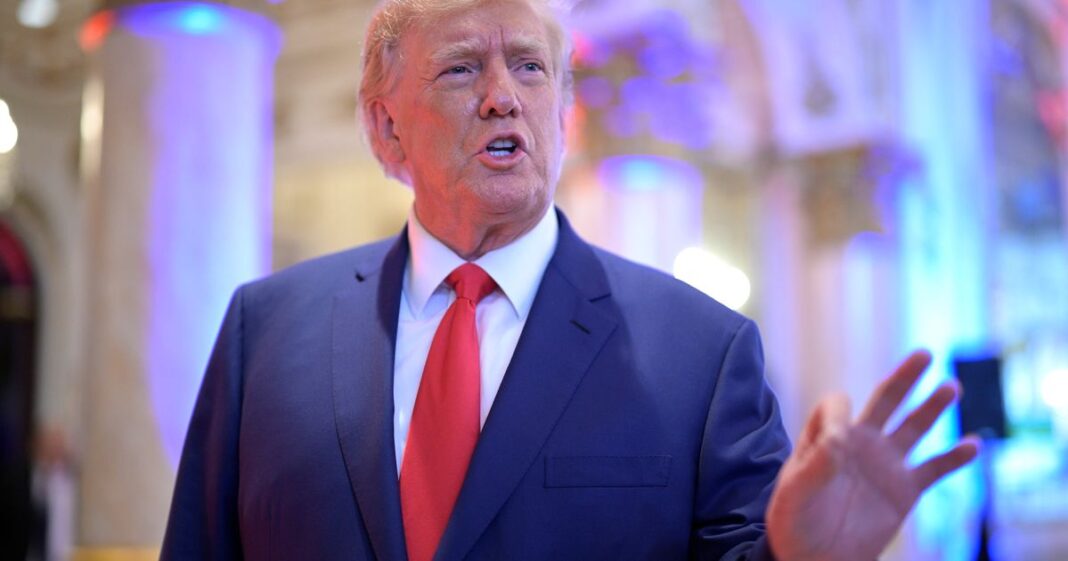 Calls are growing within the Republican Party and in conservative media for a breakup with former President Donald Trump following the GOP’s underwhelming performance in the 2022 midterm elections.

“I think anytime you are focused on the future, you can’t so much go to the past,” Mark Lawler, who defeated Rep. Sean Patrick Maloney (D-N.Y.), the Democratic House campaign chair, said Thursday on CNN.

“I think moving in a different direction as we move forward is a good thing, not a bad thing,” Lawler added after his surprising victory. “But ultimately, look, the voters will decide what they want to do.”

Several high-profile Trump-backed candidates lost on Tuesday, including Mehmet Oz and Doug Mastriano in Pennsylvania, and Don Bolduc in New Hampshire. Several others are in danger of losing, including Blake Masters in Arizona and Adam Laxalt in Nevada. Georgia’s Senate race is heading to a runoff after neither candidate garnered a majority of the vote, but Trump-endorsed Herschel Walker didn’t win nearly as many votes as Georgia GOP Gov. Brian Kemp.

In the House, things are still very uncertain. Many Trump-backed candidates lost and the GOP is now staring at the possibility of a very narrow majority. There’s also a small chance for Democrats to retain control, a scenario once thought unthinkable. The much-hyped “red wave” prediction of a Democratic wipeout ended up crashing as a ripple.

The midterm flop has prompted recriminations and yet another round of calls to dump Trump, something the GOP establishment has been unable to do since he first announced his candidacy for president in 2015. Similar conversations took place after he incited a mob to march on the U.S. Capitol on Jan. 6, 2021, for example, and Republican leaders quickly fell back in line after they realized his supporters didn’t abandon him.

“There’s an increased appetite for moving past Trump, but as Frank Sinatra sang, ‘I heard that song before,’” Doug Heye, the former Republican National Committee communications director, told HuffPost. “What D.C. Republicans want to do and what they do are not always the same thing. And they’ll keep a close eye on where voters and members are.”

The problem for establishment Republicans is that Trump remains popular with a significant contingent of their base, and ousting him would require collective action. Some in the GOP are pinning their hopes on another savior, like Florida Gov. Ron DeSantis, but it’s unclear whether he’s willing to challenge Trump. The former president is already attacking DeSantis and has even threatened to blackmail him.

So far, Lawler is the only Republican on the ballot in 2024 who has publicly called for change.

Former GOP House Speaker Paul Ryan, who did little to stand up to Trump while in office, also spoke out against the former president this week.

“I think Trump’s kind of a drag on our ticket. I think Donald Trump gives us problems, politically. We lost the House, the Senate, and the White House in two years when Trump was on the ballot, or in office,” Ryan told WISN-12. “I think we just have some Trump hangover. I think he’s a drag on our office, on our races.”

Conservative media is also taking shots at Trump. The Rupert Murdoch-owned New York Post mocked him with a damning front page after hailing DeSantis as the future of the party.

The Wall Street Journal editorial board called Trump the GOP’s “biggest loser” in a brutal takedown, adding that he has “a perfect record of electoral defeat.”

Even some Trump-friendly Fox News hosts took shots at the former president, questioning why he didn’t devote as much money to the candidates he helped elevate as others in the GOP, like Senate Minority Leader Mitch McConnell (R-Ky.).

“McConnell spent close to $400 million on these Senate candidates … So either some of these candidates are garbage or the money is not being well spent. But Trump is sitting on a massive war chest at Mar-a-Lago. Where did that money go? We don’t know,” Fox News host Jesse Watters said on his prime-time program on Wednesday night.

Trump’s allies are seeking to deflect blame by pointing to McConnell, who warned earlier this year that his party’s fate in the election would hinge on “candidate quality.” McConnell-allied groups initially sought to elevate more traditional candidates in states like New Hampshire and Arizona, but Trump’s picks won out in the end.

“If Mitch had spent in Arizona — instead of blackballing Blake [Masters] and funneling money in Alaska to defeat the de facto GOP nominee — Blake would have already won handily. This was a deliberate choice,” tweeted former Trump aide Stephen Miller.