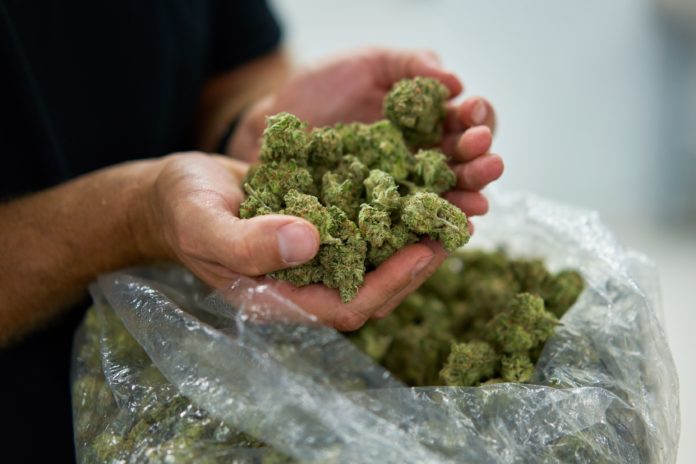 LOS ANGELES — The California Senate on Tuesday approved legislation to create state-chartered cannabis banks to help the industry get around restrictions on access to banking services.

Under the state legislation, which was approved by a vote of 35 to 1, private banks or credit unions can apply for a limited-purpose state charter so they can provide depository services to licensed cannabis businesses. The measure, Senate Bill 51, still requires approval of the Assembly and California Gov. Gavin Newsom to become law.

Marijuana businesses, including pot shops, are forced to deal predominantly in cash due to continued federal banking restrictions that make it nearly impossible for them to have bank accounts with federally chartered financial institutions. Passage in the nation’s most populous state could add pressure on the U.S. Congress to legalize banking for the marijuana industry.

“It’s hard to imagine an industry that at this point is as large as, like, craft beer that does not have banking as we have come to know it,” said Steve Hawkins, executive director of the Marijuana Policy Project, a national marijuana reform organization. He said the legal marijuana industry lacks access to commercial banking services available to other industries, including payroll, loans and deposit needs.

“As policymakers, we have a duty to further the will of the voters while protecting the public safety of our constituents,” California Senate Majority Leader Robert Hertzberg said last month when introducing SB 51. “This measure is by no means the ultimate solution, but it’s just one small step in the right direction to get some of this money off the streets and into bank accounts.”

The Democratic lawmaker’s bill would set up special checks by pot businesses as a way to pay state and local taxes, fees and rent.

“It will improve commerce incrementally, but you won’t be able to get a loan from one of these banks,” said attorney Robert Selna of the Oakland, California-based firm Wendel, Rosen, Black & Dean. “It will help cannabis companies pay the rent, but how it corresponds with federal law is still a question.”

Indeed, there also are questions about whether banks and credit unions in California will participate, given the potential for the U.S. government to crack down. Marijuana is still a Schedule I drug on the Controlled Substance Act and therefore illegal at the federal level.

“Congress will have to act because there’s all the interstate ramifications of banking that just really cry out for federal lawmakers to do something in this space,” said Hawkins.

In March, the House Financial Services Committee passed the Secure And Fair Enforcement Banking Act, which would protect banks and their employees that work with cannabis businesses.

More than 30 states already have medical marijuana use, and 10 states and the District of Columbia have passed laws allowing recreational use. Recreational marijuana was legalized by California voters in November 2016.

California’s legal marijuana industry is struggling to compete with the black market and is facing challenges that include banking access and high taxes. Earlier this month, the California governor’s new state budget plan slashed cannabis tax revenue projections by $223 million.