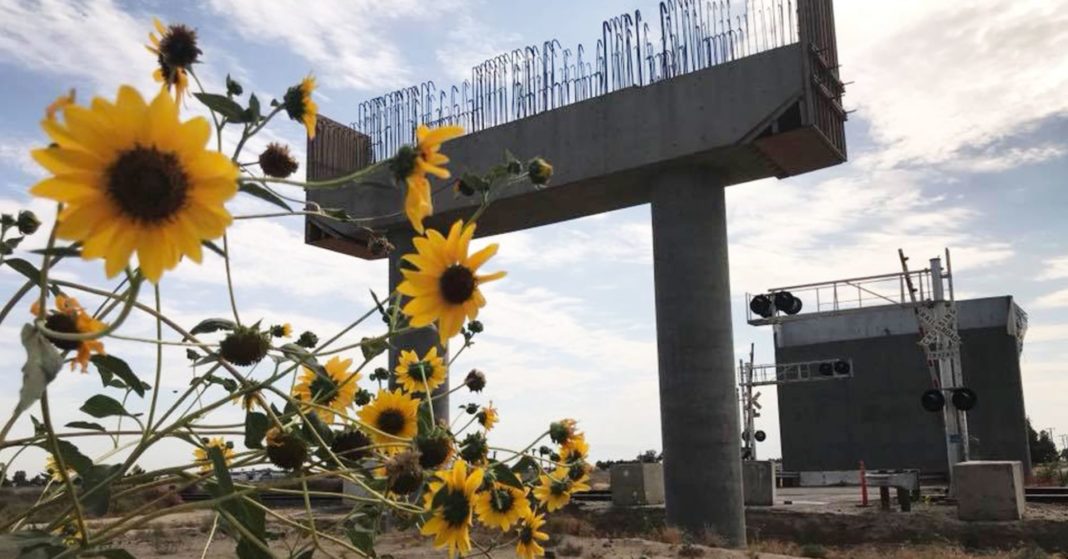 California’s high-speed rail agency on Monday asked the Trump administration to reconsider its plans to pull funding from the state’s bullet train project. It also warned that any “clawback” of federal funds already spent “would be disastrous.”

Last month, President Donald Trump called for California to return $3.5 billion in federal funds for the high-speed rail line planned between the San Francisco and Los Angeles. The U.S. Department of Transportation followed by announcing its intention to cancel $929 million in grant funds awarded previously but not yet paid out.

“Gov. [Gavin] Newsom’s recent public expression of support for delivering high-speed rail in California does not constitute a fundamental change in the purpose of the overall project for which federal funding was awarded,” Brian Kelly, CEO of the California High Speed Rail Authority said in a letter dated March 4 to Federal Railroad Administration head Ronald Batory.

The Department of Transportation said late Monday that the Federal Railroad Administration had received the California High Speed Rail Authority’s response and is reviewing the statement.

Construction is underway on the first leg of the bullet train, a 119-mile section in the state’s Central Valley. More than $6 billion has already been spent on the California high-speed rail project.

Newsom at his first state of the state address on Feb. 12 announced a reeling in of the state’s high-speed rail project, saying the current plan “would cost too much and take too long.” He added, “There simply isn’t a path to get from Sacramento to San Diego, let alone from San Francisco to L.A.”

“In fact, the Governor described a pragmatic approach to using the funding now committed to this project to get high-speed trains on the ground in California as soon as possible — by completing an early high-speed rail link operating in the Central Valley between Merced and Bakersfield,” Kelly’s letter stated. The California rail official also said the state plans to continue its regional project in the north and south while also finishing required environmental clearances on segments from San Francisco to Southern California.

The California rail agency claims that it already met the government’s statutory deadline required for spending more than $2.5 billion in federal funds for the high-speed rail project.

In addition, Kelly said it “would be unwarranted, unprecedented, and harmful to the project and to the people of the Central Valley, the State of California, and the nation” for the administration to terminate the 2010 agreement for about $929 million in federal funds for the rail system.

“Moreover, any ‘clawback’ of federal funds already expended on this project would be disastrous policy,” Kelly said.

A business plan released in early 2018 by the state rail agency warned the cost of the 500-mile system could approach nearly $100 billion.