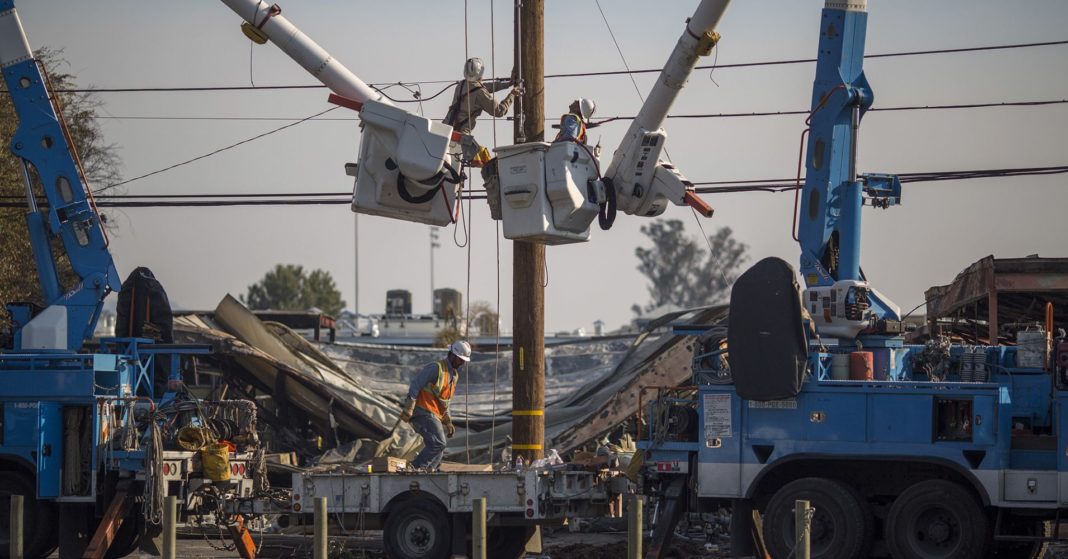 LOS ANGELES — Cal Fire said a 15-month probe into the Tubbs Fire that killed 22 people in California’s Sonoma County has concluded that “a private electrical system” was to blame, not PG&E.

The Tubbs Fire destroyed 5,636 structures in Northern California and was the deadliest of a series of wine country wildfires in October 2017. However, Pacific Gas & Electric still faces uncertainty and billions of dollars in potential liability over the Camp Fire in November 2018 that killed 86 people and destroyed nearly 14,000 homes in Butte County.

Cal Fire previously found PG&E at fault for 17 other fires in 2017, including the Redwood Fire, which resulted in nine fatalities. The state agency also found PG&E responsible for the Cascade Fire that killed four in Yuba County in October 2017.

Earlier this month, the San Francisco-based utility disclosed that it plans to file for Chapter 11 bankruptcy on or about Jan. 29, saying it “faces extensive litigation and significant potential liabilities” in connection with Northern California wildfires in 2017 and 2018.” The company estimated its liability for the wildfires “could exceed $30 billion,” according to an SEC 8-K filing from Jan. 13.

California Gov. Gavin Newsom told reporters Thursday that the state estimates the Tubbs Fire represented $17 billion in claims out the $30 billion figure provided earlier by PG&E in its 8-K filing.

The Camp Fire — the deadliest wildfire in state history — remains under investigation, although PG&E has previously acknowledged it had electrical equipment problems the day the Northern California fire started. The fire destroyed most of the town of Paradise and led to a flood of lawsuits against the utility.

“Cal Fire has completed its investigation of the 2017 Tubbs Fire and concluded that PG&E facilities did not cause the fire,” PG&E said in a statement Thursday. “Regardless of today’s announcement, PG&E still faces extensive litigation, significant potential liabilities and a deteriorating financial situation, which was further impaired by the recent credit agency downgrades to below investment grade.”

The utility added, “Resolving the legal liabilities and financial challenges stemming from the 2017 and 2018 wildfires will be enormously complex and will require us to address multiple stakeholder interests, including thousands of wildfire victims and others who have already made claims and likely thousands of others we expect to make claims.”

The Tubbs Fire burned a total of 36,807 acres and caused destruction to entire neighborhoods in the city of Santa Rosa. The city and hundreds of residents have sued PG&E in connection with the disaster.

In all, the October 2017 fires in Northern California involved more than 170 blazes and charred at least 245,000 acres. Nearly 11,000 firefighters were involved in battling the blazes, and help came from more than a dozen other states as well as Australia.

Back in June 2018, Cal Fire said its investigators determined a dozen wildfires in the wine country in October 2017 were caused by equipment operated by PG&E, including electric power and distribution lines, conductors and the failure of power poles. A month earlier, the state agency said four Northern California fires from the 2017 fire siege were caused by trees coming into contact with PG&E power lines.

“The exoneration of Tubbs is not a major input to our liquidity analysis, but it does significantly reduce the risk of the ‘extraordinary’ financial events that we considered,” Guggenheim analyst Shahriar Pourreza wrote in a research note Thursday.

The Guggenheim note also said PG&E “should remain solvent despite the reiterated intent to file bankruptcy on Jan. 29. With our estimates of total wildfire liabilities of $17 billion, we do not view bankruptcy as warranted at this time.”