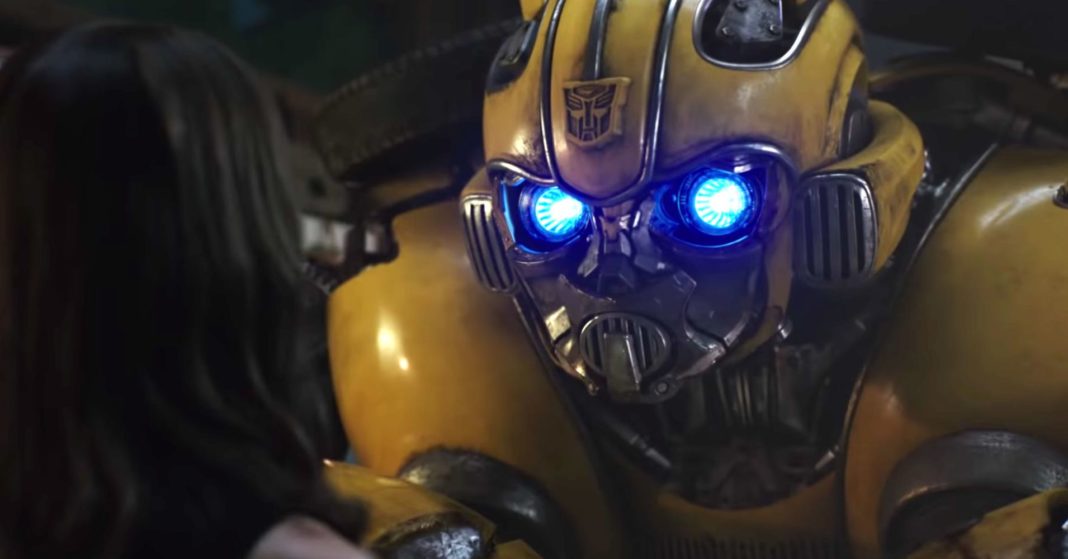 “The Transformers” — alien robots who can turn themselves into cars and planes — are staging a comeback, but whether fans will embrace their return is very much an open question.

This weekend, which is the unofficial start to the Christmas holiday, “Bumblebee” will make its box-office debut. The origin story is named after the yellow Chevy Camaro that’s a fan favorite among devotees of the iconic 1980s cartoon, and was a prominent part of the five blockbuster films directed by Michael Bay.

Paul Dergarabedian, a senior media analyst at Comscore, predicted “Bumblebee” could gross $30 million this weekend, citing the studio’s confidence in the film and a new take on the franchise.

Yet “Bumblebee” will face stiff competition in the form of Warner Bros./DC Entertainment Universe’s “Aquaman,” which is generating heavy buzz and mostly positive praise from critics. In a box-office matchup, the king of Atlantis is heavily favored against the lovable Autobot, with the former expected to pull in north of $65 million over the weekend. Already, data showed “Aquaman” handily beating “Bumblebee” in the Thursday night preview money race, Deadline Hollywood reported.

In addition, the latest installment of the “Transformers” saga carries some heavy baggage – namely a franchise that mostly ran out of creative energy and alienated fans in the process.

Although 2017’s “Transformers: The Last Knight” grossed more than $600 million worldwide, it pulled in a relatively slim $130 million of that domestically and was hit by dismal reviews from fans and critics alike. “The Last Knight” was eclipsed by the third and fourth “Transformers'” installments, both of which pulled in more than $1 billion globally, according to Comscore data. Those films set the franchise’s high-water mark at the box office.

It raises the question of whether “Bumblebee” can breathe new life into a moribund series many left for dead, and one without Bay’s directorial touch. Analysts say it’s possible.

Despite oversaturation and the disappointment of last year’s installment, Shawn Robbins, chief analyst at Box Office.com, told CNBC that “Bumblebee” is showing strong early indications of success, especially among movie watchers hungry for ’80s nostalgia. He said the new film will need to convince “burned out” fans to give it another chance in a weekend where “Aquaman” and “Spider-Man: Into the Spider-Verse” are pulling in audiences.

“The brand is beloved by many and has too strong of a history to not revive its commercial potential again,” Robbins said. “A fun, character-driven movie is the first, and perhaps most important, step toward that goal.”

Karie Bible, a box-office analyst for Exhibitor Relations, pointed out that “franchises are reinvented or reinvigorated in Hollywood all the time.”

And at a time when female-led projects are gaining prominence in Hollywood, “this marks the first ‘Transformers’ movie driven by a female protagonist and has a female screenwriter as well,” she said, adding that the movie appears to resonate with families and teens.

In order for “Bumblebee” to be a critical success, film blogger and social media influencer Jeremy Conrad explained that the film puts character development – instead of special effects – at its core. “Transformers” was widely criticized for too many cheap thrills that sacrificed a strong narrative.

“The key to ‘Transformers’ isn’t explosions or action set pieces, it’s the characters,” Conrad said. “For the first time the ‘Transformers’ are actual characters and not just [computer-generated imagery] set pieces to blow stuff up, and that’s all ‘Transformers’ fans have been asking for since day one.”

As CGI gradually took over the franchise, returns gradually diminished. According to Exhibitor Relations data, “Transformers: The Last Knight” only grossed $130 million domestically — a far cry from 2014’s “Transformers: Age of Extinction” — which pulled in more than $245 million in U.S. receipts.

However, Robbins does not think “Bumblebee” should be defined by its opening weekend, but thinks it’ll have legs into the new year. Word of mouth could also help boost its prospects, some say.

“Bumblebee … feels like something new” that’s smaller and has a more personal touch, said movie blogger Daniel Richtman. “I think people really connect with that.”