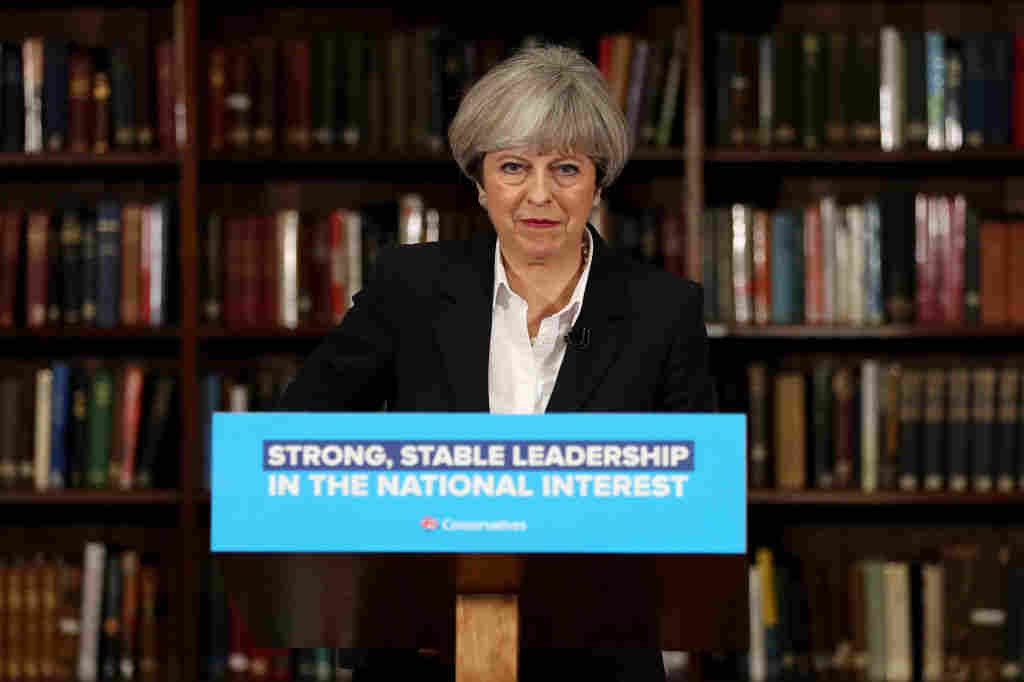 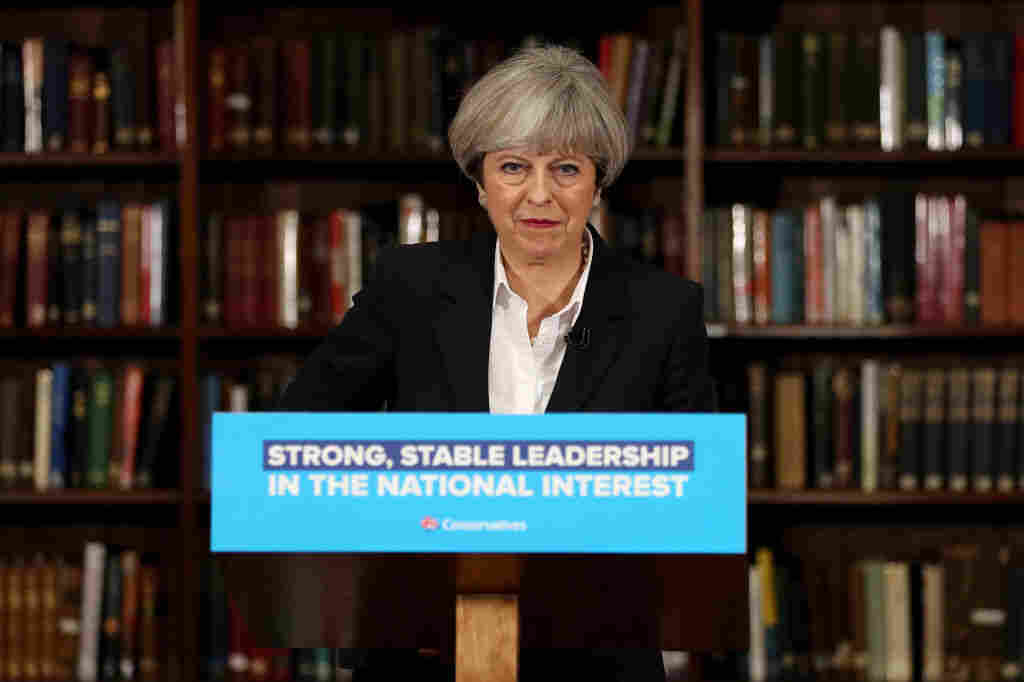 British Prime Minister Theresa May speaks in London on Monday.

“This was an attack on London and the United Kingdom, but it was also an attack on the free world,” May said.

Police shot and killed the three attackers, and May said their identities would be released “when progress in the investigation permits.”

“The police are working hard to establish the identity of all those who were tragically killed or injured in the event on Saturday night,” May added. “But it is now clear that sadly, victims came from a number of nationalities.”

She said the U.K.’s national threat level remained at severe on Monday, which “means that a terrorist attack is highly likely.”

Metropolitan police say they have searched multiple locations and have detained “a number of people.”

The Two-Way described how the attack unfolded on Saturday:

“The attack began at about 10 p.m., local time, when a van crossing London Bridge veered into pedestrians, crashing outside the Barrowboy & Banker Pub. Witnesses told the BBC that van hit ‘five or six people,’ then the attackers exited the vehicle and pursued others in a ‘rampage’ in which hundreds ran for their lives. One witness said he saw a woman stabbed ’10 or 15 times’ by the men, who he said shouted, ‘This is for Allah.’

“The men then ran down a set of stairs and began stabbing people at a number of different pubs and restaurants in Borough Market, a historic fruit and vegetable market. Witnesses said people threw chairs and pint glasses at the men, who wore what police said were fake explosive vests.”

Three Metropolitan Police officers and one British Transport Police officer were injured during the attack, Met Police said in a statement Monday, and one of the officers is still in serious condition. The National Health Service told Reuters Monday that “a total of 36 … patients (are) currently being cared for in five London hospitals, and of these 18 remain in a critical condition.”

ISIS said its “soldiers” carried out the attack. It made the claim in a statement published by its Amaq news agency.

“Questions are arising as to how much the police knew about the three attackers,” NPR’s Eleanor Beardsley reports from London. “One of them had been reported to police because of his extremist views and may have previously been confronted by officers.”

The first of the seven victims has been named, according to The Telegraph and other news outlets: 30-year-old Canadian Chrissy Archibald. They say Archibald was struck by the van driven by the attackers and died in her fiancé’s arms.