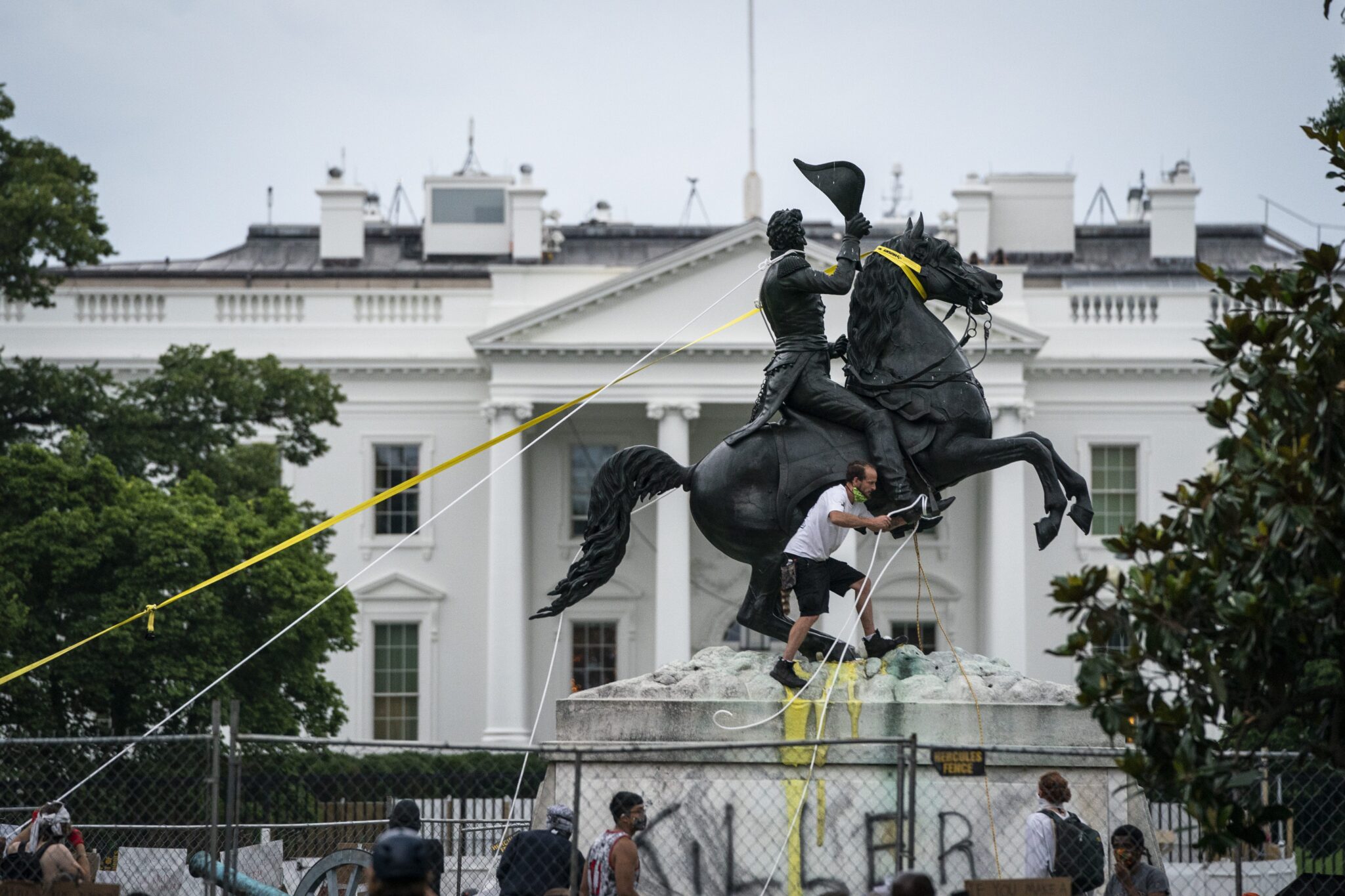 A private funeral for Rayshard Brooks will be held Tuesday at Ebenezer Baptist Church in Atlanta. Family attorney L. Chris Stewart announced last week that Tyler Perry would be paying for the funeral costs.

Mourners paid tribute to Brooks at his public viewing Monday at the same church in Atlanta, which was also Martin Luther King Jr.’s church. Meanwhile, the officer charged in connection to Brooks’ death said Tuesday that he “didn’t do anything wrong.”

And after two shootings in Seattle this weekend that left one dead and another person injured, Mayor Jenny Durkan said Monday that the city is working to wind down the Capitol Hill Occupied Protest (CHOP) zone.

A closer look at some recent developments:

What we’re reading: These teens grew up in the shadow of Tamir Rice’s death. Ahead of what would have been Tamir’s 18th birthday on June 25, the USA TODAY Network talked to 31 teenagers about growing up Black in America. These are their stories.

President Donald Trump said Tuesday that he plans to issue an executive order to protect statues and other historical monuments from destruction by “hoodlums” and “anarchists.”

Trump offered no details about the order, saying “I will have an executive order very shortly. All it’s going to do is reinforce what’s already there, but in a more uniform way.”

Trump told reporters on the White House South Lawn before departing for a trip to Arizona that the order would include “long-term jail sentences.”

The Veterans Memorial Preservation Act, a federal law passed in 2003, already makes it a crime to destroy or attempt to destroy a plaque, monument or statue “commemorating the service” of anyone who served in the armed forces. The law carries a penalty of up to 10 years in prison.

Trump’s remarks came a day after protesters tried to tear down a statue of former President Andrew Jackson in Lafayette Park just across the street from the White House.

Poll: Nearly all in US back criminal justice changes

Most Americans say at least some changes are needed to the criminal justice system, according to a poll from The Associated Press-NORC Center for Public Affairs Research.

A U.S. Army soldier passed on sensitive information to a white supremacy group to orchestrate a deadly attack on his unit overseas, the Justice Department said in an indictment unsealed Monday.

Federal prosecutors alleged that Ethan Melzer, using encrypted applications, sent messages to members of a neo-Nazi group called Order of the Nine Angles or O9A shortly after learning of his unit’s deployment overseas. Melzer leaked information about the unit’s location, movements, security and the number of soldiers to facilitate what he and his co-conspirators referred to as a “jihadi attack,” prosecutors alleged.

Baltimore restaurant apologizes to Black woman, son after denying them service over clothes

A Baltimore restaurant owner that has repeatedly come under fire for its dress code policy has apologized to a Black woman and her son for denying them service for wearing clothing that did not adhere to their dress code.

Marcia Grant was repeatedly told by a manager that she and her son, Dallas, were unable to eat at Ouzo Bay in a video she recorded and posted on social media Monday.

In the video, her son was seen wearing sneakers, gym shorts and an Air Jordan T-shirt. Another child, recorded eating outside, was wearing similar apparel. That child was white.

Atlas Restaurant Group, which owns Ouzo Bay and other restaurants in the area, called the incident “incredibly disturbing” and has put the manager involved on “indefinite leave.” Atlas will also not require anyone under the age of 12 to follow dress code at its restaurants.

Rhode Island to drop ‘Providence Plantations’ from some official documents

Official state documents and websites will no longer contain the words “Providence Plantations” as part of Rhode Island’s name after Gov. Gina Raimondo signed an executive order Monday to remove the phrase from her administration’s communications.

While the official state name includes “Providence Plantations” in reference to the mainland colony founded by Roger Williams in 1636, Raimondo said the word’s ties to slavery and the painful images it conjures for Black Americans cannot be ignored.

“That is a word that is associated with the ugliest institution that our country has ever had,” she said during a Monday afternoon news conference. “So I think it’s time, it’s past time, to get rid of it. You can be proud of Rhode Island, but don’t be proud of a word that represents the worst of what our nation had to offer.”

Rhode Islanders had a chance to change the state’s name in 2010 when a question to remove the phrase appeared on a ballot. The measure did not pass. The General Assembly is pursuing bills to put the question back on this year’s ballot, and one has already passed in the Senate.

Tensions were high in front of the White House on Monday night after Black Lives Matter protesters unsuccessfully tried to remove the Andrew Jackson statue in Lafayette Square. During the unrest, CNN reported that their staffers and other members of the White House press corps were asked to leave the White House grounds by Secret Service.

President Donald Trump tweeted that “numerous people” had been arrested “for the disgraceful vandalism, in Lafayette Park, of the magnificent Statue of Andrew Jackson, in addition to the exterior defacing of St. John’s Church across the street.”

The statue shows Jackson in a military uniform, riding a horse that is rearing on its hind legs. The 19th century president’s ruthless treatment of Native Americans has made his statue a target of demonstrators protesting the United States’ legacy of racial injustice.

The Washington Post reported that protesters spray painted “BHAZ” on the historic St. John’s Episcopal Church. Another sign nearby read, “BHAZ: Black House Autonomous Zone,” a nod to the autonomous zone in Seattle. According to the Post, police were clearing tents in the area.

Seattle officials have decided to dismantle a six-block “police-free zone” held by demonstrators in the heart of the city for more than two weeks.

In the aftermath of two shootings – one of them fatal – Mayor Jenny Durkan announced Monday that the so-called Capitol Hill Organized Protest will be displaced and police will return to a precinct house they abandoned.

Durkan declined to say exactly how the area will be cleared if occupants resist but stressed that a transition will be “peaceful and in the near future.”

After years of coordinated efforts by local organizers, the Des Moines City Council on Monday approved an anti-racial profiling ordinance that prohibits biased policing and says officers have a duty to intervene when witnessing “unreasonable force” by another officer.

The city council unanimously approved a second, then a final reading of the ordinance, which gained swift momentum after widespread protests following the death of George Floyd in Minneapolis police custody. In a public forum, community members congratulated the persistence of a community alliance that has shaped the ordinance and thanked young Iowans who’ve organized in force to demand change at the local level.

“It is progress,” Iowa-Nebraska NAACP President Betty Andrews, who has led negotiations on behalf of the alliance, told the Des Moines Register. “It is not perfect, but we are working toward better and this is definitely a good step in that direction.”

Officer charged in Rayshard Brooks shooting: ‘I didn’t do anything wrong’

An Atlanta police officer facing criminal charges in connection with a June 12 fatal shooting outside a Wendy’s restaurant says he did nothing wrong and expects truth to prevail.

In an interview with the Atlanta Journal-Constitution, officer Devin Brosnan said Rayshard Brooks, the 41-year-old Black man who was killed, had grabbed his Taser while being arrested. During a tussle, Brosnan said, he was shocked with the weapon and his head was slammed against the pavement.

As Brooks ran away with the Taser – a scene captured on video – he was pursued by a second officer, Garrett Rolf, who shot Brooks. Rolf faces 11 felony counts, including murder.

Brosnan, charged with placing his foot on Brooks’ back after the shooting, said he was disoriented and fearful until he realized the suspect was no longer a threat. “In no way, shape or form was I trying to hurt this man,” he told the Atlanta newspaper. “People will see this for what it is. They will understand I didn’t do anything wrong.”

A Northern California city named after a Confederate general is considering changing its name as calls to take down Confederate monuments and statues nationwide continue.

The city of Fort Bragg is named after Confederate Gen. Braxton Bragg, who is accused of keeping more than 100 slaves. On Monday, the city council will discuss whether to add a local ballot measure for voters to decide on the name change in November.

In a memo, city staff told city council that they could also re-dedicate the city’s name to a different Bragg, such as Britain’s William Henry Bragg and William Lawrence Bragg, the father-son team who won the 1915 Nobel Prize in physics.

In North Carolina, Bragg has one of the largest military installations in the world named after him. It’s one of many bases across the country that Army officials have signaled to discuss scrapping the Confederates names.

In the virtual world, things can appear and disappear unexpectedly. Things like police cars. And that’s apparently what happened in the action video game “Fortnite,” which featured law enforcement vehicles as decorative props until a new version premiered last week.

According to the Wall Street Journal, patrol cars were removed not as a political statement, but out of sensitivity to the national controversy over law enforcement abuses.

The disappearance was first noted on social media, including Reddit, where one post exclaimed, “Yikes. The anti-cop sentiment is reaching everything” and another observed, “Fortnite has de-funded the police.”

The Department of Justice announced Monday that it will be looking into the noose found in NASCAR driver Bubba Wallace’s garage stall at Talladega Superspeedway in an attempt to determine if federal law was broken. The FBI is also investigating the discovery of the noose.

NASCAR reacted swiftly Sunday to condemn the incident as a “heinous act,” announcing an investigation and pledging to find the individual responsible and ban them from the sport. 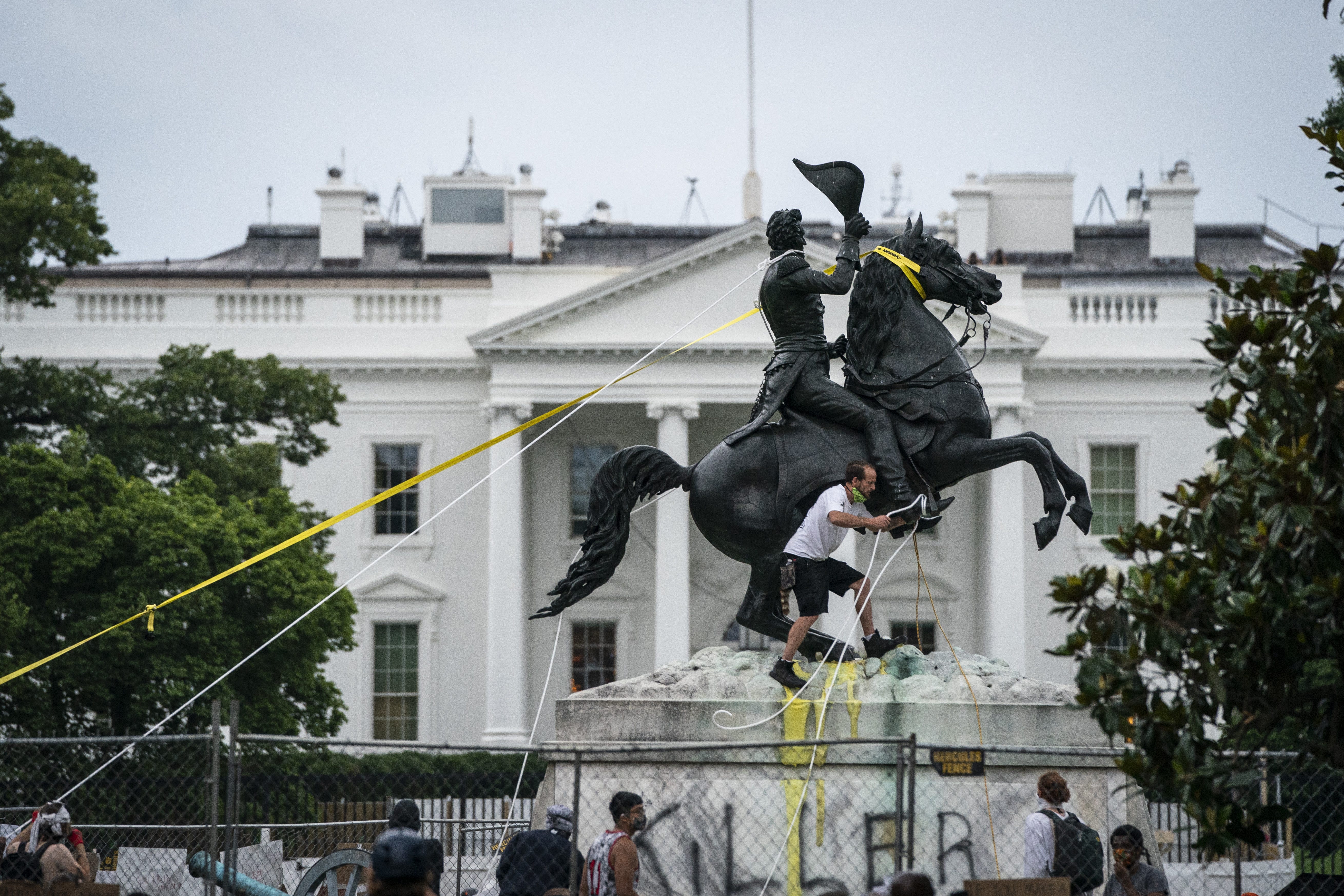