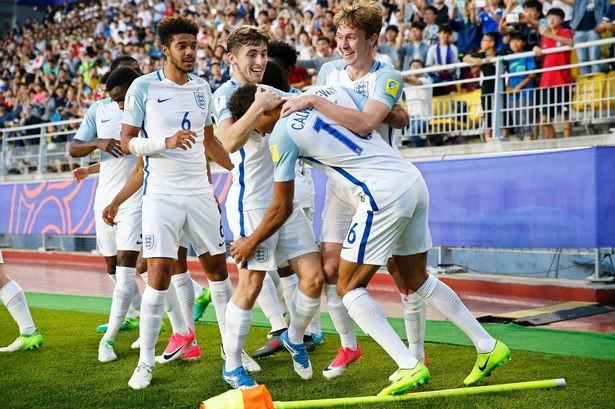 Dominic Calvert-Lewin scored in the first half as England beat Venezuela 1-0 to win Under-20 World Cup for the first time on Sunday.

The Everton striker added his name to those of Geoff Hurst and Martin Peters in 1966 as a player to score for England in a World Cup final.

The Young Lions had to withstand a ferocious second-half onslaught with goalkeeper Freddie Woodman saving a penalty from Venezuela’s Adalberto Penaranda 16 minutes from the end.