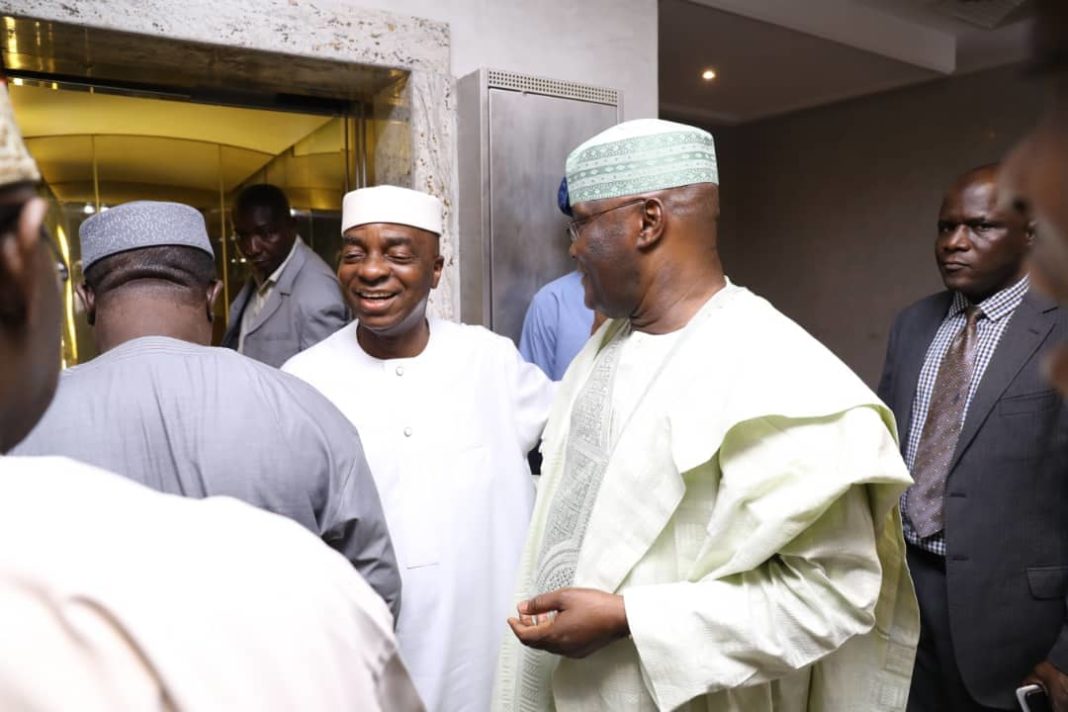 The General Overseer of the Living Faith Church, Bishop David Oyedepo, has arrived the residence of former president, Olusegun Obasanjo, in Abeokuta, the Ogun state capital.

Oyedepo’s visit comes while Obasanjo is in a meeting with his former Vice, Atiku Abubakar.

But it is not certain if both visits are connected.

DAILY POST reports that the meeting is being held at the residence of the ex-president within the Olusegun Obasanjo Presidential Library (OOPL), Abeokuta.

Atiku arrived his former boss’ premises at about 1:05pm.