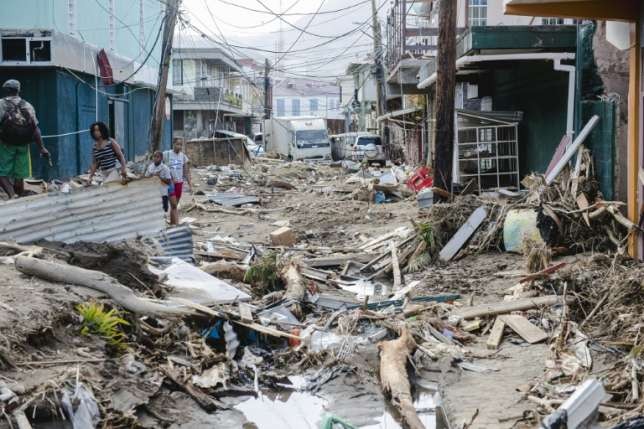 Branson, who rode out massive category-5 hurricanes Irma and Maria last month on his private Necker Island in the British Virgin islands, compared the devastation throughout the region to that of a nuclear blast.

“None of us hunkering down in the basement in Necker Island were prepared for its force and its intensity,” he said in a discussion of natural disasters at the World Bank’s annual meetings in Washington.

But after the two storms wrecked the tourism-dependent economies of the region, destroying homes and taking out power supplies for weeks, Branson said the region’s leaders need to take the long view and invest more to better survive meteorological disasters.

With global warming, he said, the annual hurricane season could just worsen.

“Another storm could strike within the coming weeks,” he said.

“The Caribbean must seize the opportunity and take the leap from 20th century technology to 21st century innovation.”

“These island states have a great opportunity to build greener and more resilient communities than ever before, setting shining examples of what climate-smart recovery around the world can and should look like.”

Branson, a billionaire who created Virgin Records and Virgin Atlantic airline, said that for one, the region was too dependent on imported fuels and centralized power systems.

In some countries imported fuel consumes up to a quarter of GDP, he noted. Compared to that, solar power comes cheap. “You don’t have to ship in sunshine on expensive boats.”

Power grids need to be distributed rather than centralized so that one failure doesn’t bring down the entire system.

He pointed to the story of Puerto Rico flower grower Hector Santiago. While much of the US territory remains without power three weeks after Maria tore through, Santiago’s solar system, used for his greenhouses and pumping water, was back up within hours after the storm.

“That’s the type of resilience I would like to see go to scale” in the region, Branson said.

“The time now is to make this happen.”