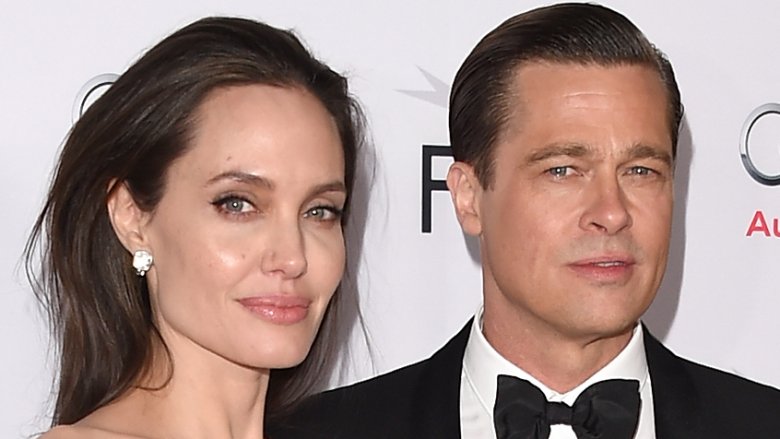 Brad Pitt and Angelina Jolie are allegedly battling it out over child custody.

E! News reports that the famous pair of exes are arguing over custody of their children. One specific fight they’re allegedly having is over whether or not their children will attend the London premiere of Jolie’s film Maleficent 2. While Jolie would reportedly like her kids present for the event, Pitt is said to want them at home in Los Angeles, as that’s where he’s currently filming.

“He’s not OK with his kids being away for months,” a source told E! News. “He feels that Los Angeles is their home base and this is where it is best for them to be.”

According to the celebrity news site, Pitt and Jolie’s divorce is reportedly still ongoing because they haven’t been able to reach an agreement regarding custody of their six children, Maddox, Pax, Zahara, Shiloh, Knox, and Vivienne.

Still, Pitt apparently isn’t against Jolie traveling with their children for short periods of time, as Jolie had previously taken Shiloh and Zahara to Jordan in January 2018 and brought all of their kids to Paris later that month. “Angelina has been in London and is free to travel for shorter periods of time,” the insider shared. “Brad isn’t opposed to that. But she can’t leave with the kids for several months.”

As Nicki Swift previously reported, Jolie filed from divorce from Pitt, whom she’d been in a relationship with for 12 years, on Sept. 19, 2016. The move came just days after Pitt was reported to have gotten i

nto a fight with their son Maddox while on a flight from France. Pitt was later investigated by the Federal Bureau of Investigation and the Los Angeles County Department of Children and Family Services and was cleared of all allegations of child abuse.

In December 2016, Jolie and Pitt reportedly reached a temporary agreement regarding custody, deciding that Jolie would keep the children in her custody but that Pitt would have “therapeutic” visitation rights.