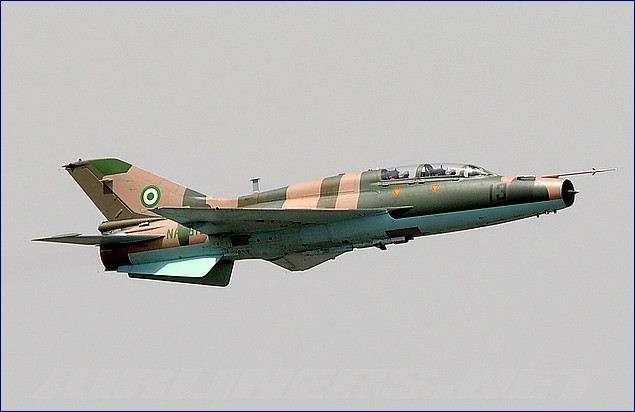 The Director of Public Relations and Information, NAF Headquarters, Air Commodore Olatokunbo Adesanya, disclosed this on Saturday in Abuja.

According to a statement by Adesanya, on Oct. 30, NAF conducted an air interdiction mission on a blue-roofed structure in TALALA, the insurgents infested location in Sambisa.

“Intelligence reports from NAF Intelligence, Surveillance and Reconnaissance platforms as well as Human Intelligence had revealed that a sizeable number of insurgents were holding a meeting in the blue-roofed building.

“Consequently, a NAF fighter aircraft was scrambled to attack the building.

“Subsequent Battle Damage Assessment revealed that the building and its occupants were neutralised as a result of the air strike,” he said.

The News Agency of Nigeria (NAN) reports that NAF initiated Operation ‘RUWAN WUTA II’, on Oct. 23 to further decimate the ability of the insurgents with a view to giving advantage to the surface forces.