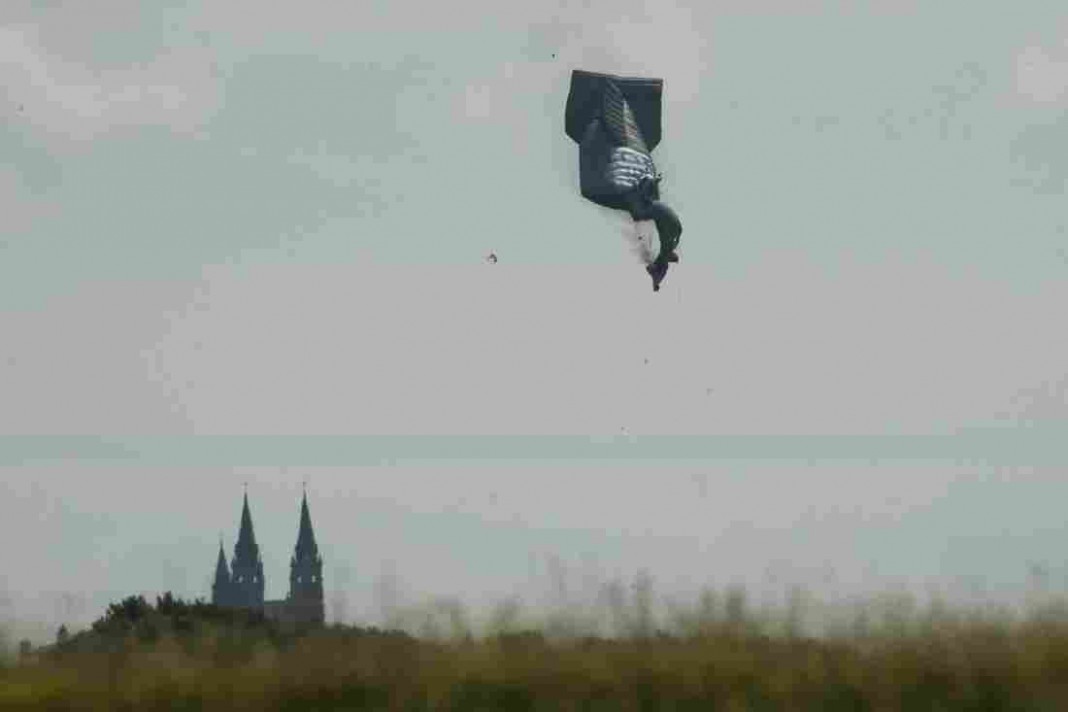 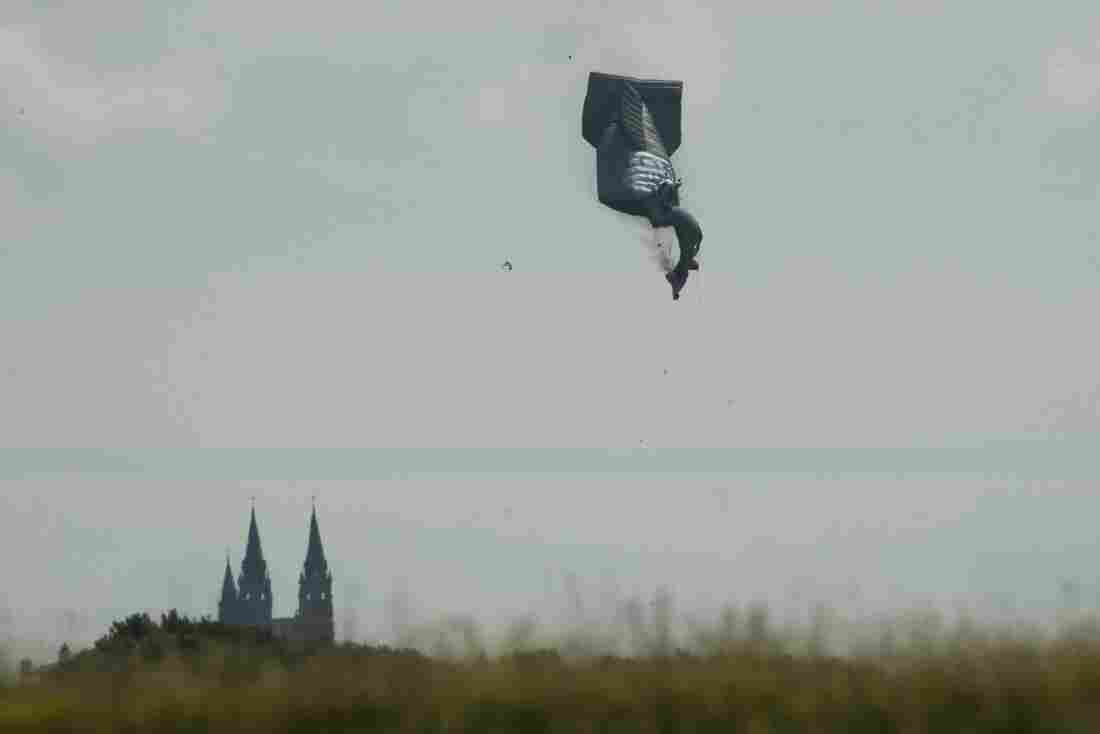 A blimp crashes during the first round of the U.S. Open golf tournament on Thursday near Erin Hills in Erin, Wis. Charlie Riedel/AP hide caption

A blimp crashes during the first round of the U.S. Open golf tournament on Thursday near Erin Hills in Erin, Wis.

An advertising blimp fell from the sky on Thursday and crashed near the scene of golf’s U.S. Open in Wisconsin, injuring the pilot.

The Washington County Sheriff’s Office described the pilot’s injuries as “serious.” It said in a statement that the pilot was the only person on board.

“The initial investigation reveals the blimp may have experienced mechanical problems prior to the crash,” the sheriff’s office added.

Justin Maynard, a representative of the blimp company AirSign, told The Two-Way that the pilot had been transported to the hospital. He suffered burns but is expected to be “OK,” Maynard added.

The company does not know what caused the crash, which occurred as the blimp was advertising for a client near the U.S. Open, Maynard said.

Two fire departments were at the golf course when the blimp went down at about 11:15 a.m. local time, the sheriff’s office said. They were able to quickly reach the scene, about 1 mile from the tournament.

Video posted by someone attending the tournament shows the dark form of the crumpled blimp rapidly descending, eventually falling from view behind a crowded grandstand.

“It started deflating, and then it started going down,” witness Bryan Rosine told the Milwaukee Journal Sentinel.

“They were trying to give it some throttle and it didn’t go up. … Then there was a bunch of kabooms and smoke clouds.”

Another video, posted by Fox Sports, shows the blimp already on fire in the field when an explosion rips through it.

Earlier in the day, AirSign had shared blimp pictures from the U.S. Open, advertising PenFed Credit Union. The PenFed logo is visible in an Associated Press photo of the blimp plummeting to the Earth.

The blimp was airborne for “several hours” before it went down, the sheriff’s office stated. It says the office had been in touch with the Federal Aviation Administration before the crash and “determined the aircraft was lawfully operating at the proper altitude.”

The U.S. Open, played this year in Erin, Wis., is one of the four major tournaments in golf.