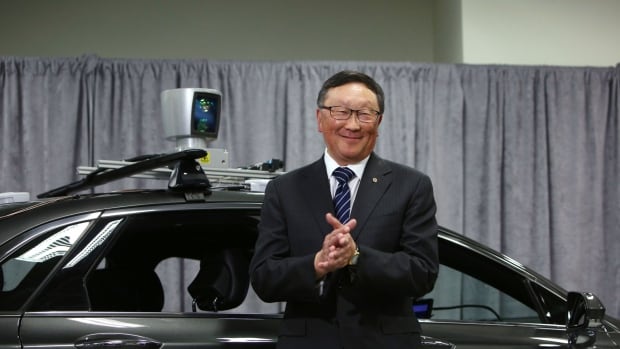 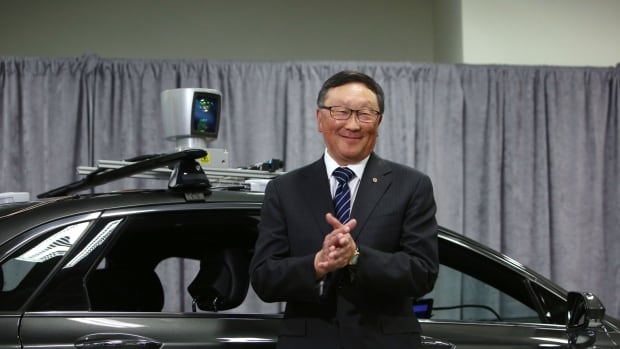 A day after hitting their highest point since 2011, shares in Canadian tech company BlackBerry went on another wild ride Tuesday, jumping up when stock markets opened before see-sawing into positive and negative territory.

The company’s shares rocketed up 23 per cent to $22.92 a share on Monday, a nine-year high, after online investment message boards poured money into the company ostensibly because of their promising outlook.

The company said it wasn’t aware of any material reason for the frenzy in its stock price, but sentiment around the company has been steadily driving the stock up more than fourfold since late last year.

BlackBerry released a piece of news on Tuesday that could help fuel that investor file, a partnership with Chinese company Baidu to use BlackBerry’s QNX techcnology on navigational software for self-driving cars in the Chinese market.

After rising 23 per cent on Monday, the shares jumped another 10 per cent at opening Tuesday to trade as high as $24.76. But then the stock gave up those gains and spent much of the morning see-sawing.

Bloomberg analyst John Butler said the Chinese deal is more good news for the company, as the electric and plug-in vehicle market in China grew by more than one million cars last year.

“BlackBerry’s expanded agreement with Baidu may boost QNX sales in coming years, as the Chinese internet giant will use the Canadian company’s operating system in its mapping software for Guangzhou Automobile’s New Energy Aion electric vehicles,” he said.

The company has had a number of mildly positive news developments in recent months, but nothing that would explain the stock’s rise.

Instead, BlackBerry has seemingly become the latest company to benefit from insatiable retail investor demand for companies they have collectively decided are undervalued.

A notable example of the trend is U.S. video game retailer GameStop, whose price has quadrupled in 2021 because of a historic short squeeze between Wall Street firms betting against the company and millions of retail investors bidding it up higher and higher.