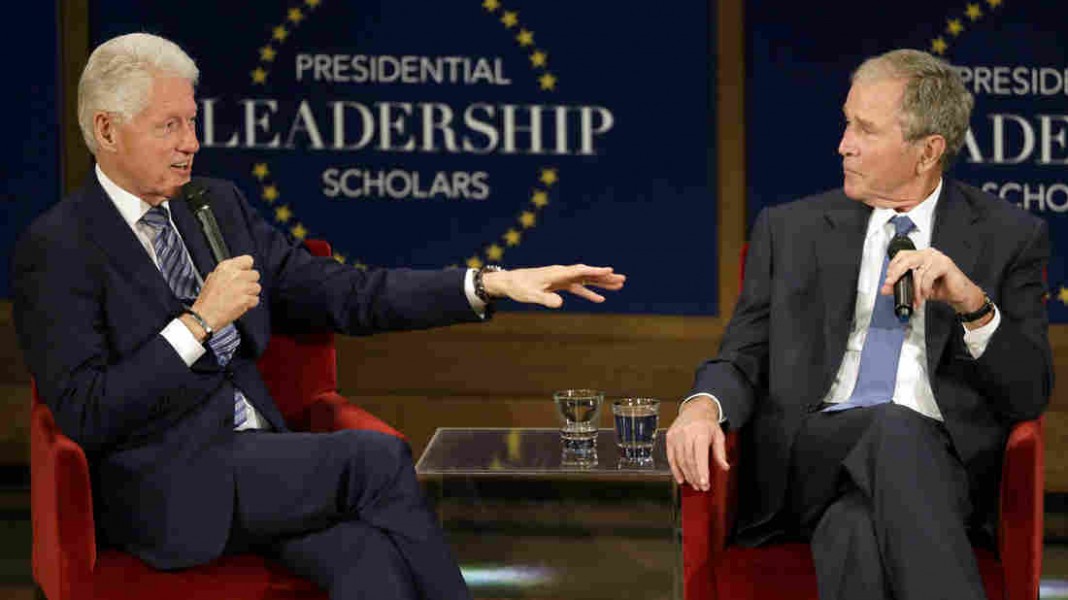 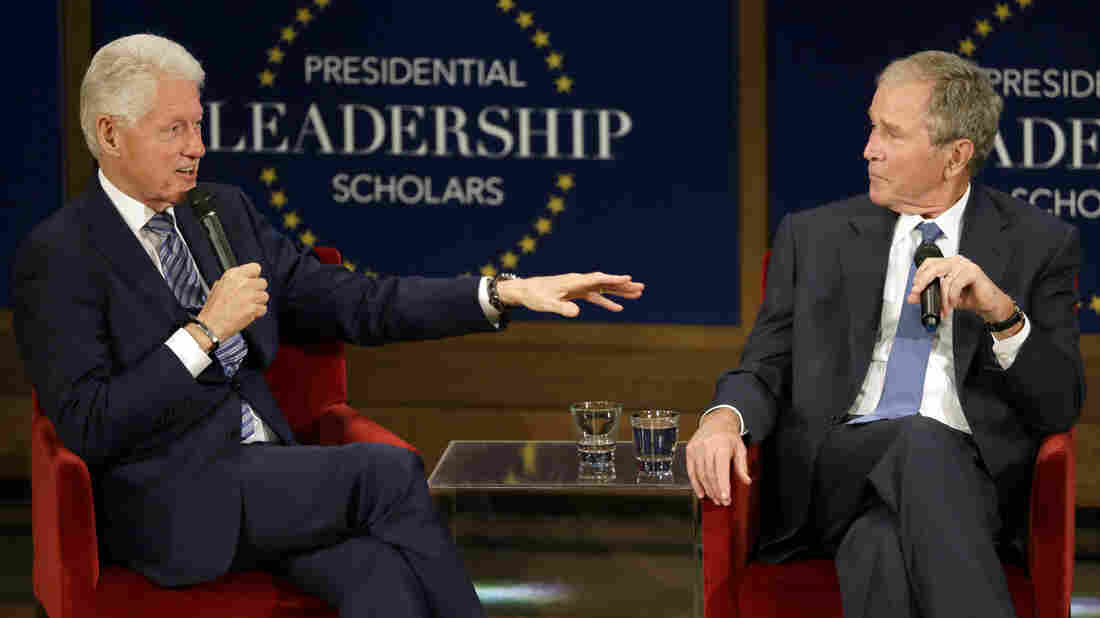 Former Presidents Bill Clinton (left) and George Bush discuss their lives as current and former presidents at a leadership event at the George W. Bush Presidential Center in Dallas on Thursday.

On Thursday, former Presidents George W. Bush and Bill Clinton shared a stage and their ideas on what makes a strong leader in today’s world.

The intimate conversation was part of the graduation ceremony for the 2017 class of the Presidential Leadership Scholars Program held at the George W. Bush Presidential Center in Dallas.

Despite their opposing political affiliations the two say they have been on very friendly terms for decades and their affinity was on full display. They are two of 13 presidents in American history who served consecutive terms.

“He’s a brother from a different mother,” joked Bush early on, drawing a burst of laughter from the audience.

Bush also confessed that in the early days of his presidency he would often call Clinton for advice. While Clinton admitted his friendship with Bush’s father and Clinton’s predecessor, George H.W. Bush, was crucial to his success.

Though neither former leader mentioned their current successor by name both made remarks that could be interpreted as slights against President Trump.

When asked by the moderator of the event what is the most important quality for a person to possess if they hope to become president of the United States, Bush replied, “Humility.”

Clinton suggested clarity and purpose. “Realize it’s about the people, not you,” he said. “A lot of these people who are real arrogant in office, they forget. … You don’t want to say, ‘God, look at all those people I beat.’ “

Bush also referred to the passing of the presidential baton between his father and Clinton as an example of model world-leader behavior: “[Clinton] was humble in victory which is very important in dealing with other people. And I think Dad was willing to rise above the political contest. In other words, it starts with the individual’s character and both men, in my judgment, displayed strong character.”

There were several moments of levity throughout the 45-minute conversation. When Clinton said that the best thing for a politician is to be “consistently underestimated,” Bush responded in the most self-deprecating manner saying, “I was pretty good at that.”

Clinton and Bush have a lot in common and they happily ticked through a brief list of their shared interests. Both are Baby Boomers who lost their first run for state governor, they are now devoted grandfathers – Bush is called “Jefe” while Clinton is called “Pop-Pop” by their respective grandchildren – and they agree that serving two terms as president is better than serving only one term followed by a long life as a former president.

The evening ended on a hopeful note as Bush addressed the graduates in the audience – young people who will presumably go on to leadership in the public and private spheres.

“These are people of good heart, good skills, willing to serve others,” Bush said.

He called them armies of compassion “that exist in spite of the government.”