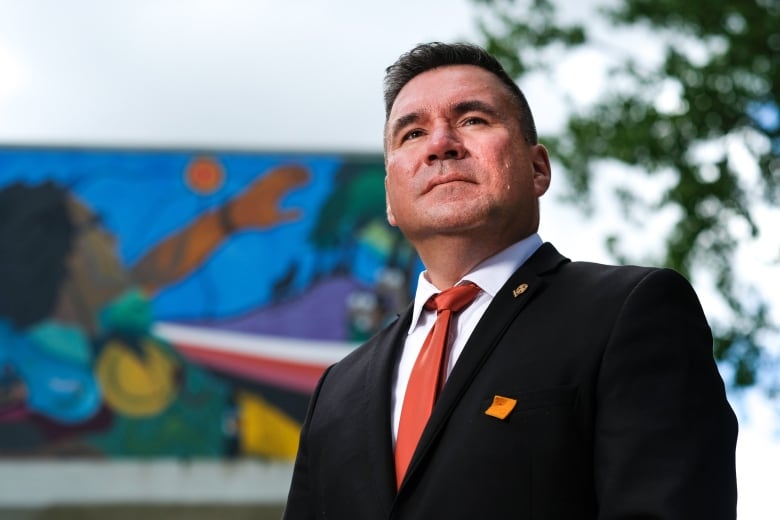 As the first Indigenous justice appointed to a Canadian Court of Appeal in 2004, Harry LaForme seemed like an excellent candidate for the Supreme Court of Canada years later.

Legal groups, such as The Indigenous Bar Association, and others representing people of colour in Canada campaigned for his appointment even though LaForme knew he couldn’t apply for the job.

“You can’t even put my name in front of the prime minister because I don’t speak French,” LaForme said. “I feel sadness more than anything else because it always seems like … there’s a new barrier being put in place to defend the inability to appoint an indigenous person.”

In 2016, the Trudeau government changed the appointment process for the Supreme Court of Canada by introducing a requirement for fluency in both English and French.

“If the prime minister is correct, that there is nothing more important to Canada than the relationship that [is] between Indigenous people and Canada and it’s reconciliation, then why put up a needless barrier,” LaForme said. “Make the exception for Indigenous people given the history.”

The Canadian Bar Association raised the issue of bilingualism in a letter it sent to Prime Minister Justin Trudeau and Justice Minister David Lametti last September to call for an increased number of appointments of Black, Indigenous and people of colour to federally-appointed courts.

“You create a systemic barrier by having this requirement,” said Brad Regehr, the first Indigenous president of the Canadian Bar Association, in an interview with CBC News. “It’s about time that we had a highest court that reflected the makeup of our country and it doesn’t right now.”

In a separate letter sent to Trudeau and Lametti in January, The Indigenous Bar Association referred to the Supreme Court of Canada’s strict bilingualism requirement as a form of systemic discrimination.

“The question of whether it is mandatory for Supreme Court justices to be bilingual is a question that our country should never have to face,” the association’s president, Drew Lafond, told CBC News.

“Our government is committed to ensuring Canada’s highest court is served by jurists of the highest calibre, who are functionally bilingual and representative of the diversity of this great country,” said Lametti’s office in a statement. “While there is currently no Indigenous judge serving on the Supreme Court, we are confident that this historic day will come.”

“Everyone who appears before the Supreme Court of Canada should be able to be understood by the judges in the official language of their choice, without the assistance of an interpreter,” wrote the Commissioner of Official Languages Raymond Théberge in an email statement to CBC News.

“Knowledge of English and French should be recognized as an essential skill for a position at the highest court of our country.”

Marion Buller, the first female First Nations judge in British Columbia, said a compromise should be made for Supreme Court of Canada appointees.

“They should have some functionality in both languages, but I don’t think that there should be a requirement that they be bilingual,” Buller said. “That’s just simply eliminating too many people.”

By the time an Indigenous jurist is in a position to become an appointee, Buller said they’ve already overcome an incredible number of hurdles.

Growing up on the Mississaugas of the Credit First Nation, an Anishinaabe community located approximately 42 kilometres southwest of Hamilton, Ont., LaForme said he was barred from learning Ojibiway by the Indian agent and forced to learn English only.

We are the product of residential schools where the whole purpose was to get rid of our Indianness entirely,” LaForme said.

“I thought with that kind of history, now, here, we are being punished … This whole thing just reminded me so much of residential school days and all the other policies that were put in place to assimilate us into Canadian society.”

“We can get there where we have an Indigenous judge that is able to express themselves in both languages,” Indigenous Services Minister Marc Miller said during a recent press conference in Ottawa.

Since 2016, the federal government has increased Indigenous representation among federal judicial appointments from three per cent to four per cent.

LaForme said he would love to have another Indigenous judge somewhere in Canada sitting on an appellate court.

LaForme said he tried French language training when he sat on the bench, but he found himself too busy with his work, especially since he felt like he was always being scrutinized as the only Indigenous justice.

“If I were really going to be pressed into learning another language, I think it would be the language that was taken away from me, Ojibway.”