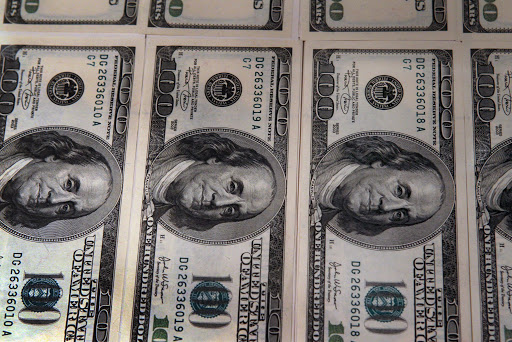 BIGGEST Stimulus Check JUST RELEASED 1.7 Million dollars
According to Forbes, “43,000 taxpayers…who earn more than $1 million dollars annually…are each set to receive a $1.7 million dollar windfall, on average, thanks to a provision buried in the CARES Act.”

Here’s where this all begins:

In 2017, there was an adjustment to the tax code which changed how business owners could structure losses within their company – and this was within the Tax Cuts And Jobs Act. Before then, businesses could write off the FULL amount of a business loss in a given year, which would either cancel out the tax that they would owe against OTHER income…OR, they’d be able to deduct those losses against the previous 2 years or carry it forward.

But, when the Tax Cuts and Jobs Act passed, it LIMITED this deduction to max out at $250,000 / $500,000 – and this was enacted to prevent people from deducting large businesses losses against their OTHER income – like, from a salary, investment accounts, self-employment income, you name it.

But, the brand new CARES act included a provision that would RETROACTIVELY cancel out this previous tax provision…and it’s as clear as day on page 76 of the CARES Act, for anyone whoever wants to read through it:
https://www.congress.gov/bill/116th-c…

I have a feeling, this CARES act provision was overturned to give businesses more liquidity, and MORE MONEY BACK, during a time where – now – they aren’t doing so well. It’s kinda like giving them a bailout by saying: Hey, we won’t give you cash upfront, we won’t give you a loan or a grant… but instead…just claim your losses for the last few years, and hopefully that’ll give you ENOUGH money, UPFRONT, to stay afloat, during times like this.

But, realistically…that benefit SHOULD be applied to ANYONE, even the people who experienced a LOSS in the stock market, and had to sell off those stocks to pay the bills and keep a roof over their heads. Because, YES…this $1.7 million dollar “tax refund” will be applied to SOME businesses that actually need it, and YES…it will be applied to some people who absolutely DON’T need it.

I think…if you open the floodgates to people, without income restrictions, on how much they can deduct NOW – you should open that up to ANYONE who experienced a loss, even regular people, even if it’s a loss of more than $3000 in the stock market. It just seems, to me, to make the most sense.