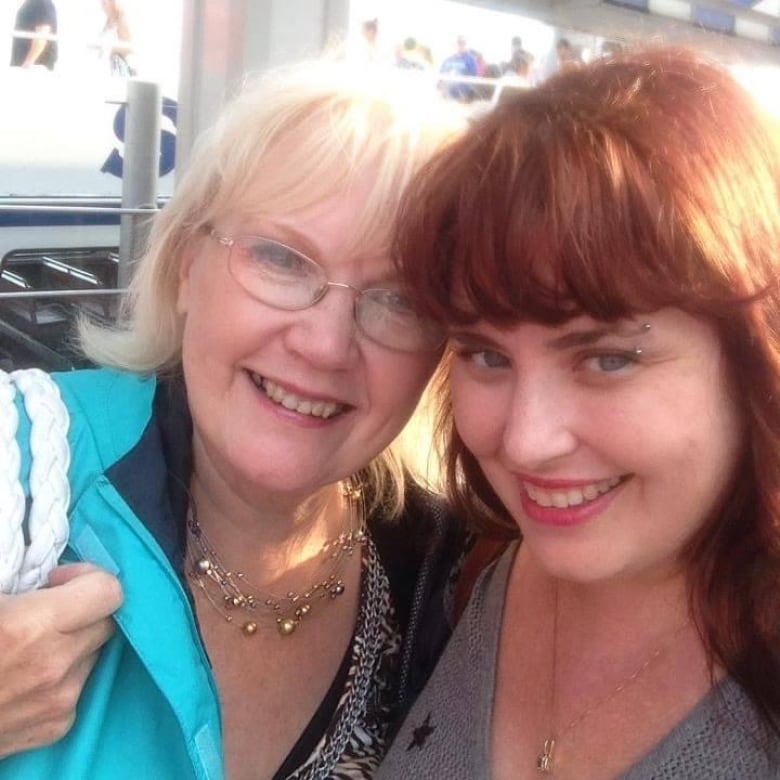 Kathleen Morley says doctors were supposed to be watching her 76-year-old mother’s small, benign lung nodule when Ontario announced its first COVID-19 lockdown and many non-essential medical procedures were deferred.

By February of this year, her annual CT scan showed that during that year of delay, what was a small nodule turned into metastatic lung cancer.

If it had been caught early, Morley says, it’s possible her mom, Joyce, could have been cured with a simple lobectomy.

But that’s no longer the case. Joyce Kohut is now terminal and requires radiation to the bones and strong chemotherapy — a more invasive treatment.

“I’m always going to wonder whether she’d gone for the scan, if that [would have] made a difference,” said Morley, a long-term care nurse in Hamilton.

Morley’s mother is not alone. COVID-19 prevented many Canadians from being diagnosed with cancer early, leading to worse outcomes and more invasive procedures than required if their care wasn’t delayed. Doctors warn this can extend recovery times, complicate treatment and disrupt lives.

The COVID-19 pandemic has left an estimated backlog of 15.9 million surgeries in Ontario alone — a total that includes diagnostic exams, screenings and other medical procedures that should have otherwise been performed.

In the pandemic’s first wave, and again this spring, the province instructed hospitals to suspend procedures deemed non-urgent to keep beds free as COVID-19 cases climbed.

Compared to the year prior, Ontario Health says there has been a 94 per cent increase in Priority 2 cancer surgeries — those treating non-life threatening cancer — between March 15, 2020 to July 25, 2021 to catch up on the backlog.

WATCH | Doctor urging people to get checked out:

Doctor urges the public to get checked, not delay care

Doctor urges the public to get checked, not delay care 0:46

As part of its surgical recovery plan, the Ontario government recently announced $324 million to help hospitals run at 115 per cent capacity, perform up to 67,000 more surgeries and offer 135,000 more hours for diagnostic imaging than would have otherwise been possible.

Other provinces, such as Quebec and Manitoba, are also dealing with backlogs; experts warn this is a problem across the country.

“COVID has definitely had a significant impact on health care in this country,” said Dr. Craig Earle, vice-president of cancer control, with the Canadian Partnership Against Cancer.

“Now’s the time for us to really figure out how we can clear those backlogs as quickly as possible to minimize any negative effects on future outcomes.”

Dr. Antoine Eskander, a surgical oncologist who also researches health services, says the disruption of all health-care services during the pandemic is affecting patients today.

There likely won’t be available data on stage migration for another year or two — something he’s examining with his current research — but he says he and many of his colleagues have been seeing more cases of advanced cancers.

“I think we’re all experiencing the same thing: bigger tumours, delays in getting to diagnosis, requiring more aggressive treatment. There’s no doubt about it,” he said.

Months before the pandemic, Charlotte, who asked that her last name not be used so she could share private medical information, struggled to get answers about her abdominal pain and abnormal menstrual bleeding.

Ontario’s first lockdown only exacerbated the problem as her symptoms worsened, she said. She couldn’t access an available doctor to diagnose her.

“It was like tumbleweed might’ve just gone by in the medical field,” said Charlotte.

A visit to a private fertility clinic in September confirmed her suspicions: There was a tumour in her uterus that had been growing as she waited for care.

Four months later, Charlotte was diagnosed with endometrial cancer, and her only treatment option was a hysterectomy.

Her doctors are giving her until the new year to figure out her options for having a baby before her uterus is removed. But if it was caught earlier, Charlotte says she would have had more time to improve her overall health and freeze her eggs.

Finding the backlog of undiagnosed patients

An important issue is those who still haven’t been diagnosed, said Earle. At the beginning of the pandemic, he said 20 per cent fewer cancers were diagnosed across the country.

“Our system wasn’t really created to deal with a surge or a flex up, as pre-pandemic, we already had wait times,” said Earle.

Eskander said many people still haven’t been getting their regular biopsies and screenings, and could be walking around with undiagnosed cancer.

“We have a huge deficit of cancer patients — and we know they’re out there and we know that cancer hasn’t gone away. We just know that these patients have not been identified yet,” he said.

Long-term strain on the health-care system

According to Dr. Timothy Hanna, a radiation oncologist at the Cancer Centre of Southeastern Ontario in Kingston, treating advanced cases of cancer puts more human resources and financial strain on the health-care system.

Advanced cases typically require more extensive surgeries and additional forms of treatment, such as radiation or chemotherapy, he said.

Similar to Morley’s mother, Hanna says he has seen a handful of cases of such advanced disease that surgery is no longer an option for treatment, and they instead require drug or systemic therapy. This therapy is more toxic and can cost up to hundreds of thousands of dollars per year for treatment.

Aggressive treatment also often comes with more side effects and extended recovery time, he said. And presenting at a more advanced disease decreases chances of being cured.

“It’s a great concern when people wait, because with cancer, time is of the essence,” said Hanna.

It could take three to five years for the health-care system to recover from the pandemic, Eskander estimates, as it isn’t just about funding; it’s about having the staff and other health human resources to care for these patients.

“Right now, we have hospital capacity — but we have an entire health-care workforce that’s been beat up over the pandemic,” said Eskander.

Doctors urge people to advocate for themselves, seek immediate care

Over the course of the pandemic, many screenings and medical appointments were deferred and the public was told to stay home. This sent an implicit message that cancer can wait, said Hanna.

“Don’t delay. Get checked out,” he said. “If you have a symptom, talk to your family doctor and get a sense for how soon that should be dealt with. If you have missed screening, get a head start on that to get caught up.”

For those who are worried about contracting COVID-19 while receiving care, Eskander wants to reassure people that it’s safe to come in.

“All of the COVID protocols are maximized at the hospital and physician office level,” he said.