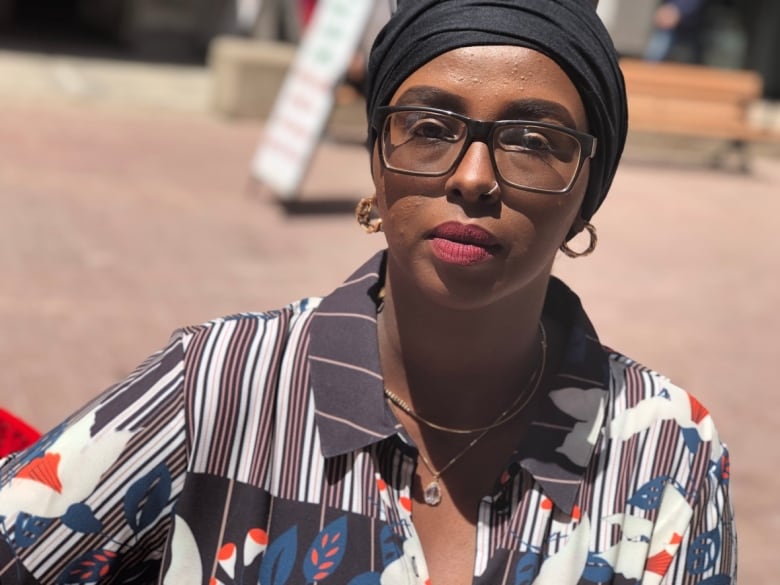 This story is part of a CBC News exploration of systemic racism, including anti-Black racism, and the promises for change made last summer.

The number of Black members on the boards of the 100 largest companies on the TSX by market capitalization has more than tripled over the past year, CBC News has found. There are at least 26 current Black board members, and 18 were appointed since July 2020.

Assuming that the total number of board seats has stayed relatively constant, that’s an increase from 0.7 per cent to 2.35 per cent.

CBC News used company websites and public records to identify Black board members and had that information confirmed by each company where possible, although some did not respond.

One of those new board members is Lori-Ann Beausoleil.

“Never in my life have I seen such an awareness of the criticality and importance of diversity,” said Beausoleil, a high-level corporate consultant who left her position as a partner at PricewaterhouseCoopers after almost 40 years to join the boards of several companies listed on the TSX.

“There’s not a more significant role that can have an impact for change than a board,” she said.

CEOs asked to commit to goals on hiring Black execs

Barriers faced by Black people in all aspects of their lives have come to the forefront in the past year. The murder of George Floyd, who was killed by a Minneapolis police officer in May 2020, sparked protests in the United States and Canada over policing issues and other social injustices.

But attention has also been focused on the corporate world, after companies lined up in support of the Black Lives Matter movement but faced criticism when those words were not followed up with any tangible action.

In Canada, a coalition of business leaders launched the BlackNorth Initiative last summer to fight anti-Black systemic racism and give companies a game plan to do so.

BlackNorth encourages CEOs to sign its pledge, which includes committing to a goal of at least 3.5 per cent of executive and board roles based in Canada being held by Black leaders by 2025.

“The next generation is looking to us to say, ‘Well, look at what they’ve done. They had a crisis and they turned it into an opportunity,'” said Dahabo Ahmed-Omer, executive director of the BlackNorth Initiative.

She estimates that corporations overall in Canada are still far off from their 3.5 per cent goal and well below the Black representation CBC found among the top 100 companies. BlackNorth is in the process of gathering its own data on the number of Black executives since the initiative launched and plans to make that available in July.

“I think it’s important to be able to say to ourselves that it’s going to take some time,” Ahmed-Omer said from Ottawa.

But she said more companies are signing onto the pledge every week, with more than 500 signatories so far — including private and public companies, hospitals, universities and even student associations.

“Every other day I go on LinkedIn and I see a new announcement — I see a Black woman and I smile ear to ear because I’m saying to myself, ‘That is me. That’s my sister. That’s my niece who’s nine years old,'” she said.

“The reality is that our diversity is, in fact, an asset.”

High-level hiring for executive roles and board positions is still often limited to who you know.

“People open up the Rolodex and look to see who’s in there, and a lot of leadership over the years has been recycled because of that,” said Jason Murray, who launched BIPOC Executive Search in Toronto last July, inspired by the BlackNorth Initiative.

Murray said he had hoped to work with companies to find placements for 40 or 50 people in his first year, but he has already placed 70 across various sectors.

“We are doing something that is so needed in the marketplace,” he said.

Murray said he’s most encouraged by companies that are openly tracking and setting goals for themselves and reworking company policies.

“Some other companies are coming across as very well intentioned but need to make sure that they’re baking it into their culture and making it into their policies and procedures so that it is sustainable. So it’s not just a knee-jerk reaction in a moment in time.”

Sustainability is a challenge that Beausoleil also has her sights set on as she takes on her new board roles. She says it starts with an inclusive culture that ensures people can be their genuine, authentic selves.

“Sometimes people don’t put up their hand because they feel they don’t belong,” she said.

Beausoleil said she also plans to do whatever she can to hold the door open behind her to ensure more diverse leaders can follow.

“So I can be sitting one day in full retirement and seeing the beauty of a mosaic on these corporate boards and senior executive teams. That’s my dream,” she said.

“That would be the most powerful legacy I could have.”