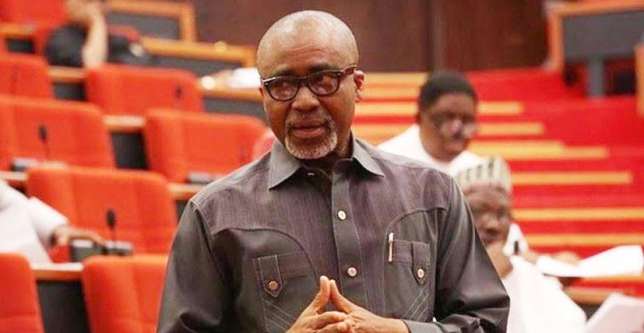 The Igbo socio-political organisation, Ohanaeze Ndigbo, has reacted to the arrest of Abia Senator, Eyinnaya Abaribe by the Department of State Services, DSS.

Ohanaeze called for the immediate release of Abaribe because he had no capacity to produce the elusive leader of the Indigenous People of Biafra, IPOB.

In a statement on Friday, President of Ohanaeze, John Nnia Nwodo said the circumstances at the time of the “disappearance” of Kanu were beyond the “contemplation of the law that a surety can guarantee the production of an accused person”.

“The army in the name of ‘Operation Python Dance’ invaded Nnamdi’s home and destabilised normalcy there,” the statement read.

“It is only the security agency that can disclose Nnamdi’s whereabouts. Senator Abaribe has no capacity, nor has any surety in the circumstances to know the whereabouts of Nnamdi Kanu. What happened in Umahia was an invasion, a war of a kind.

“Nnamdi may have been killed or captured in the imbroglio or even escaped into hiding.

“The onus lies on the security forces to disclose his whereabouts. The judiciary is beginning to tow the line of the executive by throwing the law overboard in matters that affect the south-east.

“We are all equal before the law. Senator Abaribe must be released forthwith,” he said.

Recall that in April 2017, an Abuja Federal Court had granted bail to Kanu after 18 months in detention.

Abaribe alongside Tochukwu Uchendu and Emmanuel Shallom Ben, stood as sureties for Kanu and signed a bond of N100m each.

However, the IPOB leader has not been seen in public and Abaribe has come under pressure to produce Kanu .