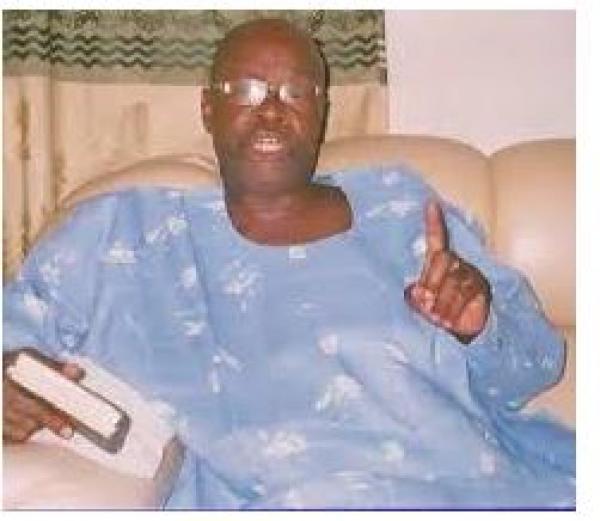 A popular Enugu-based prophet, Anthony Nwoko, has described the leader of the Indigenous People of Biafra, IPOB, Nnamdi Kanu as an anti-Christ and deceitful.

Nwoko said the IPOB leader was an anti-Christ and a businessman who does not have the interest of the Igbo nation at heart.

Addressing reporters in Enugu on Monday, Nwoko also warned Kanu’s followers to stop their allegiance to him, adding that the IPOB leader would only use and dump them at critical time.

The cleric stated that members of IPOB were ignorant of the true character of Kanu.

“I have sent so many messages to Nnamdi Kanu for him to accept Christ. Nnamdi Kanu is an Antichrist against the glory of God. Since he doesn’t want the Holy Spirit to come in, he is using everything within his power to destroy the Igbo nation. But our God has said no.

“Nnamdi Kanu has taken an oath with IPOB members telling them that he has the authority to save and that whatever he tells them is what they will believe. Very soon when the light of God emanates, he will come back to his senses.

“The people are equally ignorant. They don’t even know who to follow. Nnamdi Kanu puts on a crown and calls himself supreme leader and everything you can think of.

“Nnamdi Kanu will fall soon. The power of the whole world is taking over the universe and Nnamdi Kanu will run away from Israel because by the time the Israelite understand that this man is a crook, they will throw him out of their nation.

“My fellow Biafrans, forget about the deal of Nnamdi Kanu if you want salvation to get to your hand because this road of salvation is built in the southeast of Nigeria.

“Other nations and people of the world will come to the glory in the southeast of Nigeria and see the glory that will fill this nation. The oil is not the bone of contention.

“If Nnamdi had died in Afara Ukwu his homeland (during the Python Dance), they would said that Nnamdi was their saviour who was killed.

“They would say that we have lost a saviour for the second time in the world. But the angels removed Nnamdi Kanu for him to accomplish all his dirty works which he is still going on with today.”

The prophet further stated that the 2019 elections was an effort in futility as it will not bring peace and progress to the country, stressing that Nigeria’s leadership in the past has only brought misery upon the people.

“The APC and the PDP connived but the heaven have rejected them completely. On the part of Atiku and Buhari, they are all birds of a feather. These two Fulanis will not rule Nigeria again.

“APC and PDP have failed the nation. You cannot eat you cake and have it. Only God will solve the problem of this nation. Not Buhari, Not Atiku.

“God is the glory of the Biafran nation. Enugu state is a city to watch right now, because the moon, the star are in Enugu.

“Today I’m telling Biafran believers who believe that God can do it to come out en masse to welcome the glory of the world. God never does a partial thing. It is left for you people to come out now in 2019,” he said.