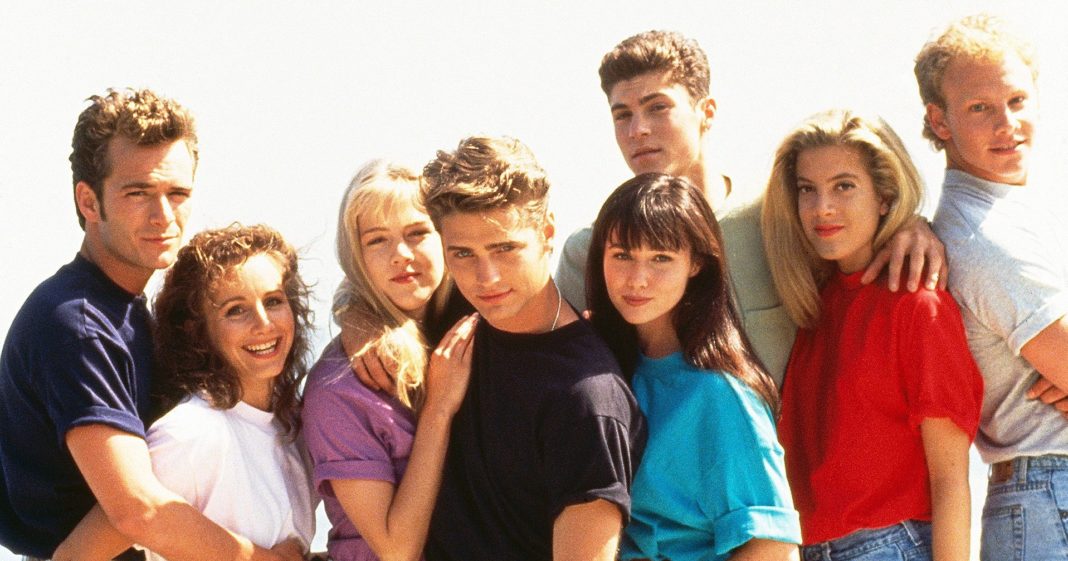 West Beverly forever. Luke Perry’s former Beverly Hills, 90210 costars are paying tribute to the actor after he died on Monday, March 4, days after suffering a massive stroke. He was 52 years old.

Perry starred as bad boy Dylan McKay for the first six seasons of Beverly Hills, 90210 before exiting the show in 1995. He later reprised his role for the final two seasons.

The official Instagram account for the new series released a statement on Monday: “Luke will always be part of the FOX family. Our thoughts and prayers are with his loved ones during this extremely difficult time. He will be deeply missed.”

The actor had a stroke at his Los Angeles-area home on Wednesday, February 27.

The Riverdale star’s rep confirmed his passing in a statement to Us Weekly on Monday: “[Perry] was surrounded by his children Jack and Sophie, fiancé Wendy Madison Bauer, ex-wife Minnie Sharp, mother Ann Bennett, stepfather Steve Bennett, brother Tom Perry, sister Amy Coder and other close family and friends. The family appreciates the outpouring of support and prayers that have been extended to Luke from around the world, and respectfully request privacy in this time of great mourning. No further details will be released at this time.”

Scroll through to read the reactions from Perry’s Beverly Hills, 90210 costars: