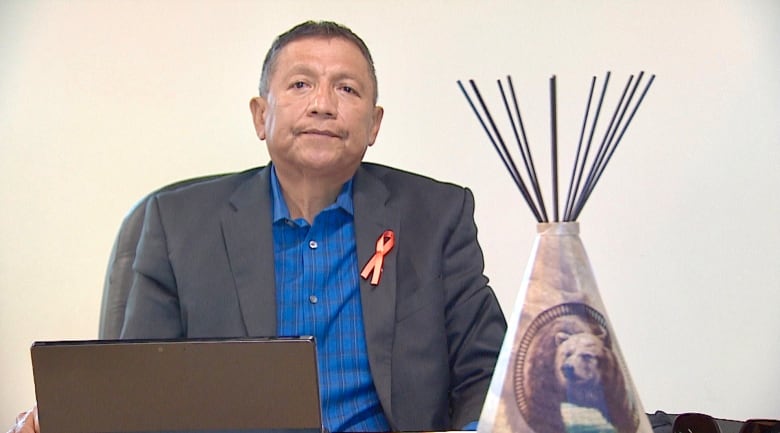 The Bearspaw First Nation in southern Alberta will soon be able to establish a savings trust fund with more than $50 million of its own money after settling a dispute with the federal government.

The First Nation, located west of Calgary, had grown frustrated with the process of gaining control of the royalties it had earned from oil and gas production near its community.

Under the Indian Act, the federal government has had control of band money since the late 19th century and acted as trustee of any energy royalties earned by First Nations. To this day, the government also holds on to money earned from other sources, such as the sale of land, timber and gravel.

The band has felt the government is doing a poor job of investing the savings and that’s why the First Nation wanted to gain control of the funds.

“You want to see it for your children and your grandchildren and they’ll always have that legacy of non-renewable resources to keep forever,” said Rob Shotclose, CEO of Bearspaw First Nation, in an interview.

“It’s significant because it is our own money. In a way it’s a sovereignty issue and it’s also purely economics.”

Bearspaw leaders say they were told by Indigenous Services Canada (ISC) on June 3, 2020, that the government would transfer all of the money to the First Nation, but only received confirmation earlier this month after a CBC News story about the dispute in late July.

At that time, Chief Darcy Dixon said the Bearspaw First Nation was “definitely frustrated by delays” in being able to self-manage its savings.

A ministerial standing order approving the transfer of funds was signed by Minister of Indigenous Services Marc Miller on August 13, two days before the federal Liberals called an election.

Bearspaw’s share is about $53 million. It’s now the fourth First Nation in western Canada to succeed in completely withdrawing all of the funds from the federal government.

In a statement, Dixon described the transfer of funds as “a proud, important and historic event for the Bearspaw Nation.”

The Samson Cree Nation, located about 100 kilometres south of Edmonton, launched a legal battle against Ottawa to gain access to its money in 1989 and was eventually victorious in 2005. The following year, the federal government transferred $349 million into the First Nation’s newly created Kisoniyaminaw Heritage Trust Fund.

The Ermineskin Cree Nation, located next to Samson, and the Onion Lake Cree Nation, which straddles the Alberta-Saskatchewan border, have both followed suit and set up their own trust funds after many years of delays working with the federal government.

Since inception, the Ermineskin fund’s annualized rate of return is 10 per cent, compared with 2.17 per cent if the money had been left under government oversight.

“It’s demonstratable what they have done with their trusts,” said Shotclose, about the higher investment return. The Bearspaw trust will be modelled after those already in existence.

“We’re not re-inventing the wheel,” he said, “we’re just doing what has already been successful in three other First Nations in Alberta.”

WATCH | How the Bearspaw First Nation spends some of its oil and gas royalties: