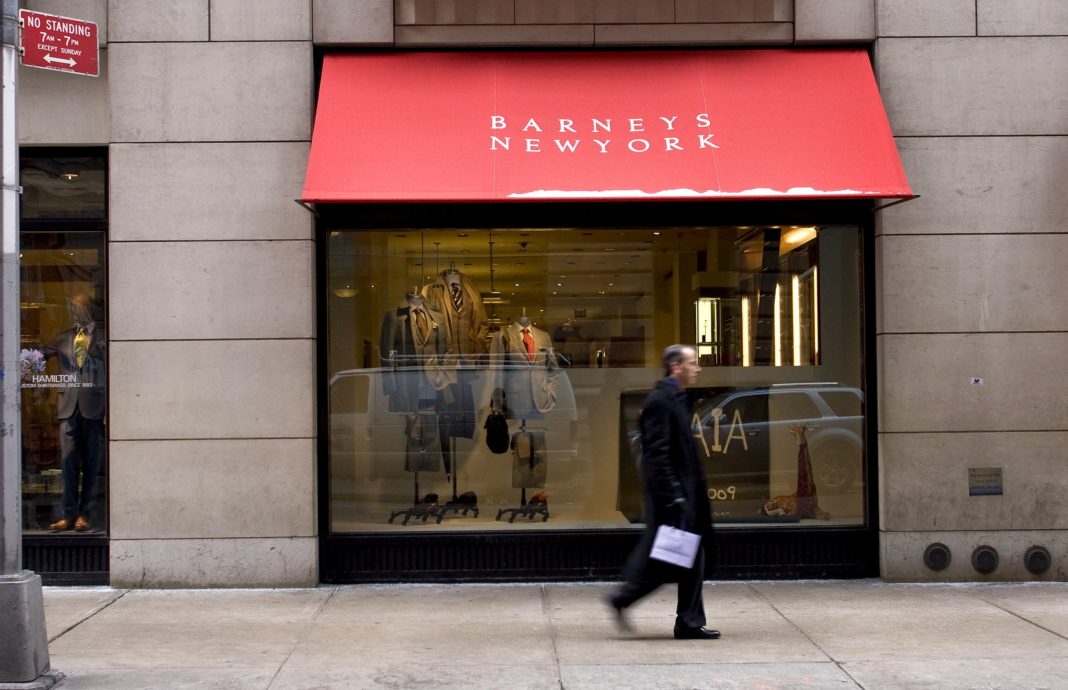 Luxury retailer Barneys New York is making preparations for a bankruptcy filing that could come as soon as this month, people familiar with the matter tell CNBC.

Barneys, which is facing a liquidity crunch spurred by a rent hike at its Manhattan flagship, has engaged law firm Kirkland & Ellis and financial advisers a M-III Partners to assist with the potential preparations, the people said. The advisers are exploring a range of options that include bankruptcy, as well as ones that would help it avoid a bankruptcy filing, such as a sale or securing further financing, the people said.

The people therefore cautioned that while Barneys is exploring a bankruptcy filing, one is far from certain.

A spokesperson for Barneys told CNBC, “At Barneys New York, our customers remain our top priority and we are committed to providing them the excellent services, products, and experiences they have come to expect.” The spokesperson added that, “our Board and management are actively evaluating opportunities to strengthen our balance sheet and ensure the sustainable, long-term growth and success of our business.”

Barneys is just one of many department stores that is struggling as shoppers now buy online or from brands directly. Nordstrom is trading nearly $20 a share lower than a $50 a share buyout offer it rejected two years ago as too low. Saks-owner Hudson’s Bay Company is considering going private after its shares fell nearly 50% in the year through June. Shares of Macy’s are down 40% through the past year.

Many retail landlords in Manhattan’s Midtown made investments in their property when retail was stronger, either by buying at high prices or taking out large loans predicated on high valuations.  The rent they charge is a reflection of those valuations. As retail has struggled and sales have slumped, the disconnect has hurt both tenant and landlord.

Barneys, which has roughly $850 million in sales, extended the term of its credit line by $50 million in April, in hopes of a lifeline. Still, the credit agreement with existing lender Wells Fargo and new lender, TPG Sixth Street Partners, has not been enough to siphon the losses.

Barneys has been backed by Perry Capital, the fund run by Richard Perry, since 2012.  Perry closed his fund four years later, citing industry and market headwinds.

Perry Capital has since largely existed as a “zombie fund,” in which it has owned Barneys but has not put more money into it.

Barneys dates to 1923, when Barney Pressman opened a men’s discount clothing store on Seventh Avenue and 17th Street. In the 1960s, Barney’s son Fred helped transition from a discount store to a luxury retailer. Barneys soon made its imprint on New York luxury fashion, building on its foothold in menswear and introducing designers like Giorgio Armani.

The people requested anonymity because the information is confidential.  M-III did not immediately respond to a request for comment. A message left with Perry Capital out of business hours was not returned.