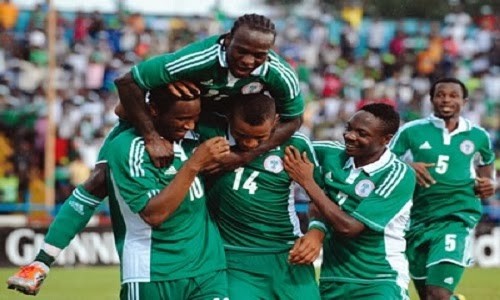 Nigeria coach Gernot Rohr on Wednesday  named 23 players for camping in Abuja  ahead of  the Super Eagles’  2019 Africa Cup of Nations qualifier  against  South Africa in Uyo on June 10.

First-teamers Ogenyi Onazi and  Kenneth Omeruo, who were omitted from the squad, who battled to a 1-1 draw against minnows Corsica in Ajaccio on Friday and scheduled to face Togo in  Paris on Thursday ahead of the  Uyo fixture, made the list alongside South Africa-based goalkeeper Daniel Akpeyi.

Rohr failed to keep his promise to  invite  team captain Mikel Obi, Odion Ighalo and Brown Ideye, who are plying their trade in the cash-rich Chinese Super League.

Olanrewaju, 24,  who joined Austria Wien  from Israeli outfit  Maccabi Netanya in 2015, ended as the league’s top scorer with 17 goals.

The  Nigeria Football Federation, who released the list on Wednesday,  said the  players are expected in Abuja on Friday  ahead of their trip to Uyo on Tuesday.

Meanwhile, spokesman for the Eagles Toyin Ibitoye said Rohr decided to drop Moses because he believed the players he had chosen would do a good job.