Bachelorette Rachel Lindsay and Fiancé Bryan Abasolo Are on “Cloud 9”: “The Wait Is Finally Over” 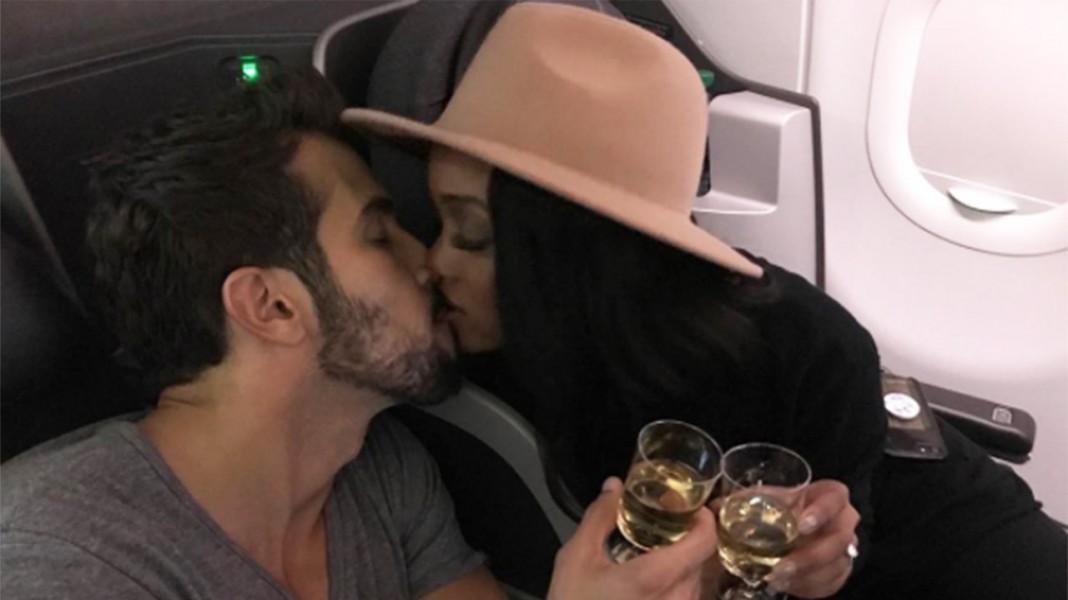 On the heels of The Bachelorette‘s season 13 finale, the Texas attorney and her newly revealed fiancé took to the skies for a flight to New York City. “On cloud 9,” Lindsay’s beau captioned the sweet kissing shot as they clinked their champagne glasses.

Now that their engagement is officially out in the open, Abasolo wasted no time showering his bride-to-be with digital love. In a lengthy post, the 37-year-old chiropractor called his fiancee “my love” and “my rock” as he gushed about not having to keep their secret anymore. “It’s felt like forever, but the wait is finally over!!! No longer do I have to hide the fact that you are and always have been the one for me! No longer do I have to keep secret how in love w you I truly am from the rest of the world!” he wrote.

As he poured his heart out to the reality star, he vowed to cherish her forever.

“Hearing you say ‘yes’ on the top of that castle in Spain was the greatest moment of my life! I was optimistic about what could be prior to stepping out of that limo but never in my wildest dreams could I had foreseen us building such a strong foundation and deep bond in the last 6 months. Every single day literally gets better and better with you and reaffirms that God placed you in my path for a reason,” he continued.

“We’ve gone through so much…the ups, the downs, the challenges…but in the end, what shines above all else is the deep love, loyalty, respect and admiration we have for each other and that’s what will continue to carry us through into our future. I can’t wait to start our new life together full of fun and adventure!”

Along with the emotional message, Abasolo also set a photo of the moment they got engaged to Brian McKnight‘s “Back At One.” The Bachelorette winner is clearly a romantic considering he got down on one knee once again during the live after-show to give Lindsay his 3-carat, pear-shaped diamond engagement ring since she couldn’t wear it while the show was airing.

After months of having to keep their romance entirely under wraps, the lovebirds are now fully immersed in a public press tour, having landed in the Big Apple after an overnight flight for rounds of interviews. Appearing on Good Morning America Monday morning (via FaceTime while stuck in traffic), the duo dished on the season’s runner-up, Peter Kraus. While fans know Lindsay broke it off with him after he wasn’t ready to propose, Abasolo found the the finale frustrating to watch.

“It’s hard to watch your fiancée date 30 other men,” he quipped to Michael Strahan.

“I saw the final episode and, yeah, as a man, you feel a little frustration of how, you know, she was treated and the position she was put in for the simple fact that, you know, here I am, you know, totally committed, totally invested, totally ready to start a real future with this woman and then on the other end, you have someone who is indecisive, wishy-washy and at the same time he’s telling her that he’s in love with her and will propose. So, you know, it was just tough to watch.”