B.C. virtually split down the middle as Liberals projected to maintain minority government in Ottawa 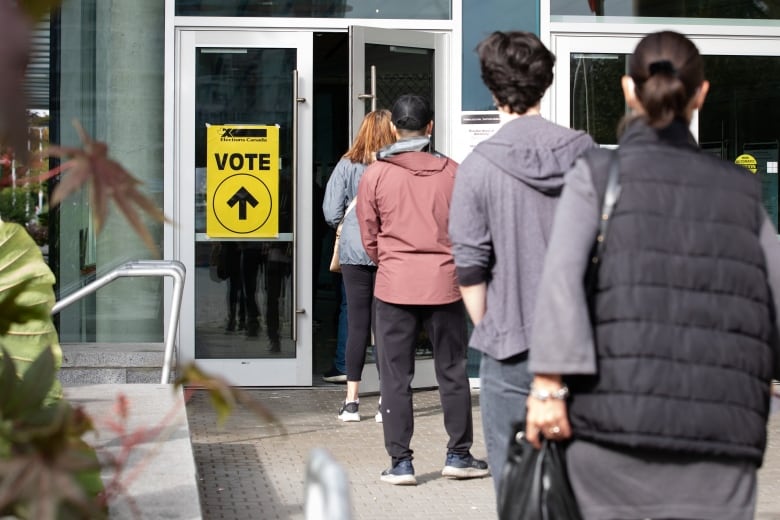 While results are still rolling in from across B.C. in Canada’s 44th general election, the province seems to be nearly split down the middle, with left-leaning parties dominating the coast and the Conservatives holding onto the Interior.

By 10:45 p.m. PT, the Conservatives were leading or projected to win virtually every B.C. riding from the Fraser Valley east to the Alberta boundary. The only break from Tory blue was a splash of orange in South Okanagan-West Kootenay, where incumbent NDP candidate Richard Cannings was the projected winner.

The Liberals and NDP, meanwhile, were vying for most ridings along the coast, on Vancouver Island and in Metro Vancouver. The CBC is projecting NDP Leader Jagmeet Singh will win his riding of Burnaby South.

In traditionally Conservative-leaning Richmond, the Liberals are projected to snatch at least one riding from the Tories, with Liberal Parm Bains set to upset the incumbent Kenny Chiu in Steveston-Richmond East, and Liberal Wilson Miao leading Richmond Centre over Conservative Alice Wong.

Vancouver-Granville, the seat formerly held by Independent Jody Wilson-Raybould, was too close to call. The riding saw swings throughout the evening, with Liberal Taleeb Noormohamed and New Democrat Anjali Appadurai regularly swapping the lead, at times separated by just one or two votes.

Vancouver Island was close to a solid orange, with the majority of ridings projected to go to the NDP. By late Monday night, NDP candidate Lisa Marie Barron was starting to pull ahead of the competition in Nanaimo-Ladysmith after a close fight with the Conservatives, while former Green Party leader Elizabeth May was projected to keep her seat in Saanich-Gulf Islands.

A total of 42 seats were up for grabs in British Columbia, out of 338 in the House of Commons.

Unlike in many previous years, the outcome of this year’s vote was far from decided by 7 p.m. PT, when polls closed across the province, with many crucial ridings in central and eastern Canada still undecided.

However, by 8:15 p.m., with just a small number of polls reporting in B.C. ridings, CBC News projected a Liberal minority government.

Some parts of B.C. saw long lines at polling stations, including at the University of British Columbia, where young voters reported having to wait for three or four hours to cast their ballots.

Just 36 days were allotted for campaigning after a snap election call by Liberal Leader Justin Trudeau, who had hoped to improve upon the minority government his party earned in the 2019 election. Some of the major issues have included Canada’s COVID-19 response, the housing crisis and climate change.

More than 5.8 million Canadians voted in the advance polls, and Elections Canada has received nearly one million special ballots, a record-breaking number.

Poll workers began counting the votes on Monday night, but mail-in ballots have yet to be verified.