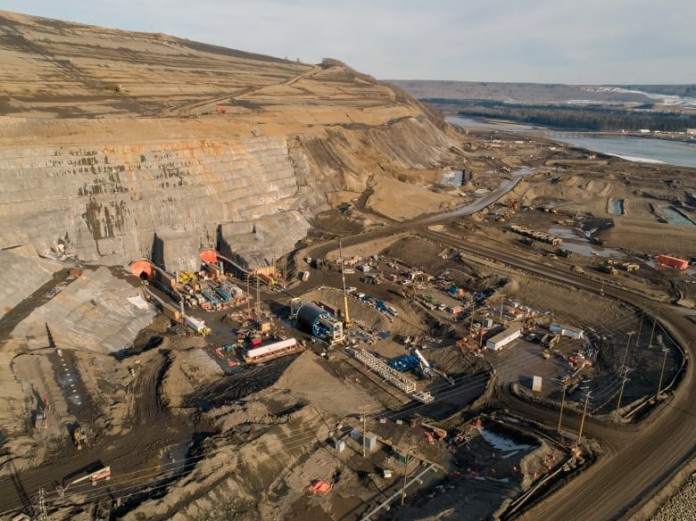 British Columbia’s Public Health Officer has ordered five major industrial projects in northern B.C. to reduce the size of their workforces in an attempt to ensure the northern health region does not become overwhelmed with COVID-19 cases.

Dr. Bonnie Henry issued the Dec. 29 health order, which limits the number of workers at the work sites as they look to ramp up work this month. Henry’s order says there has been an increase in the number of people infected with COVID-19 associated with the projects, which employ hundreds of workers.

Those sites include the Site C dam project near Fort St. John, the LNG Canada Project natural gas liquefaction and export facility in Kitimat, the Coastal GasLink natural gas pipeline being built from Dawson Creek to Kitimat, a tunnel being twinned near Kitimat for Rio Tinto’s aluminum smelter, and the Trans Mountain Pipeline from Edmonton to Burnaby.

According to Henry, the order is needed to try to prevent that spread, which could also result in transmission in surrounding communities.

“Increasing the risk of hospitalizations, intensive care admissions, and deaths in the Northern Health Authority region,” reads the order.

On Dec. 23, Henry spoke of the need to put in a new public health order that would limit the number of workers in the new year at large industrial camps, where there have been COVID-19 outbreaks.

The order says that COVID-19 cases at the sites are “challenging” for public health officials to respond to and could burden the Northern Health Authority’s capacity to manage the pandemic and provide care.

There are currently 584 active COVID-19 cases in the Northern Health Authority. Since the start of the pandemic, there have been 27 deaths in the region, according to the B.C. Centre for Disease Control.

Henry hoped the current seasonal slow-down would help break any cycles of transmission at the sites.

But now as work ramps up, and more workers return, the order will limit their numbers at each site and only allow for additional workers if the projects show they can manage additional workers without increasing infections through plans submitted to the Ministry of Health.

The baseline number of workers for all five projects is 1,460 now, rising to 4,080 by mid-February.

The order also limits the movement of workers between sites.

Northern Health says, currently, there are three COVID-19 outbreaks related to work sites in the region.

Two at two Coastal GasLink sites, 7 Mile Lodge and Little Rock Lake Lodge, and one at an LNG Canada Project site near Kitimat.

A separate outbreak at a LNG Canada Project site was declared over on Christmas Day.

The government-owned Trans Mountain pipeline said in November that it has managed to keep its workforce COVID-free — at a cost of more than $1 million in pandemic safety measures.