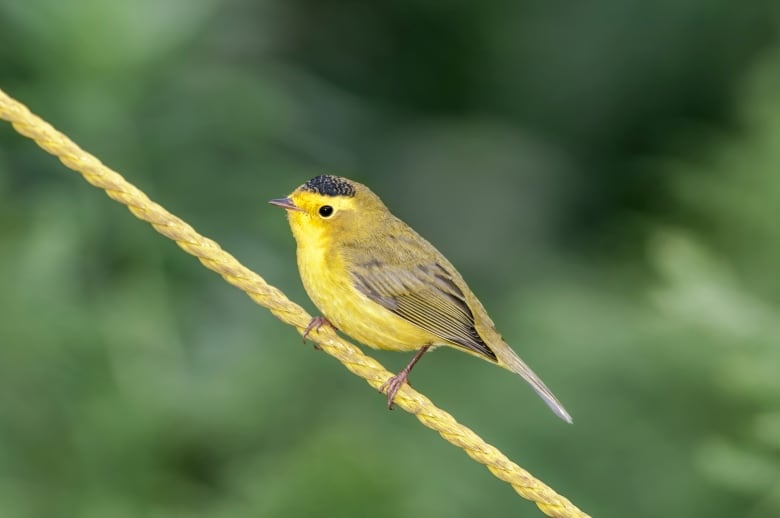 One of the small pleasures of this pandemic spring for some British Columbians has been getting to know their local birds — and now they can virtually travel to popular birdwatching spots south of the border, too, thanks to a new mobile game co-created by a B.C. teen.

Find the Birds, co-created by Coquitlam birder Adam Dhalla, 15, was released Monday, with the first territory available for players to virtually explore being Saguaro National Park in Arizona.

As your avatar checks out the terrain, your mission is to notice birds along the way. When a player spots a feathered friend, the game rewards them with an interactive collector card that tells them all about the species they have spotted.

In Saguaro National Park, players should be on the look out for California condors and cactus wrens, the latter being Arizona’s state bird.

“We really wanted to keep true to the actual birds,” said Dhalla, speaking Tuesday on CBC’s The Early Edition, adding he is just trying to simulate the birding experience for game players.

The game will continue to be updated with new birding hotspots in Canada and the U.S. so users will have new terrain to check out and new birds to look for.

Dhalla has already made a name for himself in the global birding community. In 2018, he won the American Birding Association’s Young Birder of the Year award and was the youngest-ever presenter at the International Ornithological Congress.

In 2019, he partnered with the U.S. National Wildlife Federation to develop Find the Birds.

Dhalla said he thinks a mobile game is the smart way to reach his peers and that if youth discover the excitement of birdwatching, they will also learn about habitats and conservation.

WATCH | Adam Dhalla speaks to the National Wildlife Federation about his love of birds in 2019:

The game can be played entirely offline and is available for free from Google Play and the Apple App store.

For British Columbian birders still keeping their eyes on the sky, Dhalla said his favourite spring visitors, Wilson’s warblers, should be visible locally in a couple of weeks.

The small yellow bird is recognizable by its colour and song that sounds like a chattering series of loud, descending notes.

And while the pandemic may be keeping Dhalla from looking for birds in far-off places, he said he is more than content just strolling his local streets and seeing what’s singing.

“These wonderful lives of these birds that we see every single day is fascinating to me,” he said.

The Early Edition7:29A 15-year-old student co-created an educational game about birds and conservation