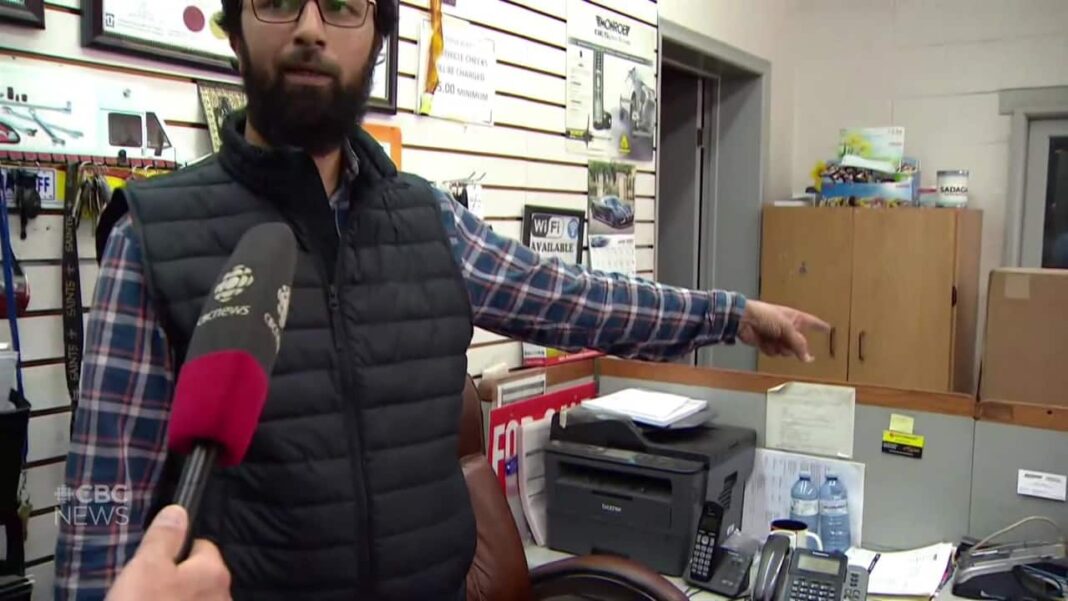 As bullets tore through a Milton, Ont., auto shop on Monday, Muhammad Shiraz Afzal was convinced he wouldn’t make it out alive.

With the crack of gunshots echoing in the room around him at MK Auto Repairs, all he could do was keep his head down on a desk.

“I was just waiting to die,” he told CBC News in an interview at the shop, which is about 50 kilometres west of Toronto.

Afzal was one of three people shot at the auto shop around 2:50 p.m. that afternoon. Business owner Shakeel Ashraf, 38, was killed, while a 28-year-old international student who was also working there remains on life support and is not expected to survive.

That’s on top of Toronto police Const. Andrew Hong, 48, who was fatally shot about half an hour earlier in Mississauga, as well as a carjacking victim who is in stable condition in hospital, but suffered “life-altering” injuries, according to police.

Investigators have identified Sean Petrie, 40, as the suspect in all the shootings. Petrie himself was later killed during an encounter with police in a Hamilton Cemetery. 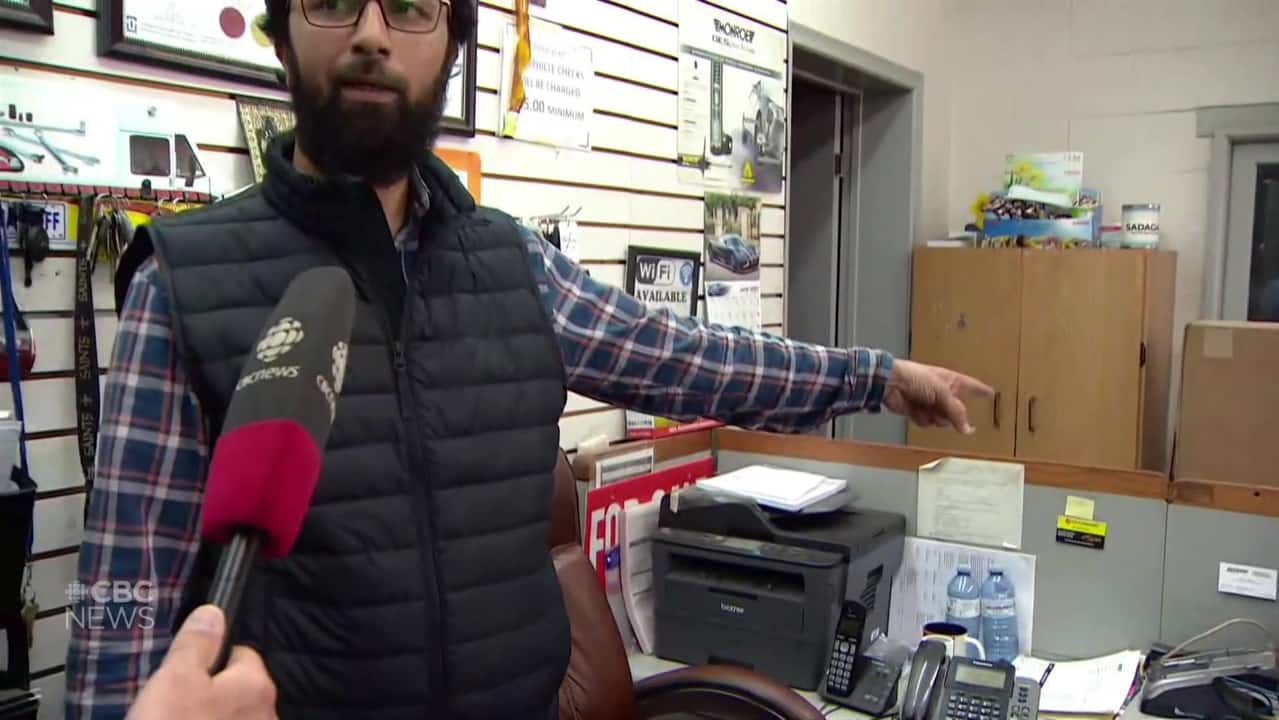 Muhammad Shiraz Afzal was one of three people shot at a Milton, Ont. auto shop on Monday.

Afzal said he was dealing with a customer at the shop’s front desk when he started hearing noises coming from the back. At first, he thought they were normal sounds you might hear at an auto shop, like hammering or welding.

But as the noises got closer, he realized someone was firing a gun.

Victim shot in the leg

“That guy came right here in front of me,” he said, gesturing to a spot in the shop, “and shouted at me and started firing.”

“First fire was this one, which went through my leg,” he said, pointing to a bullet hole in the desk.

The man then fired another shot that almost hit his head but missed, leaving a bullet hole on the other side of the desk.

“Then third shot he made again he attempted my head — that hit that guy,” he said, referring to the 28-year-old international student.

“Then I got up and started running outside,” Afzal said. As soon as he got out, he asked another person from the shop about his boss, but he was told that it was unlikely Ashraf would survive.

Police trying to piece together motive

Officials provided more details Thursday about the series of shootings that unfolded over several hours on Monday afternoon and appealed to the public for information about the shooter.

Petrie had a long criminal history that included convictions for assault, armed robbery and other violent offences, police say. In 2007, he was placed on a national registry as someone with a high likelihood to reoffend in connection with an incident two years earlier.

He was estranged from his family, police say, and was briefly employed at the auto shop owned by Ashraf.

Petrie allegedly used a handgun in the shootings, which is now in the possession of Ontario’s police watchdog, the Special Investigations Unit, as part of its probe into his fatal encounter with police in Hamilton.

Investigators say they are still trying to piece together a clear motive for the shootings.